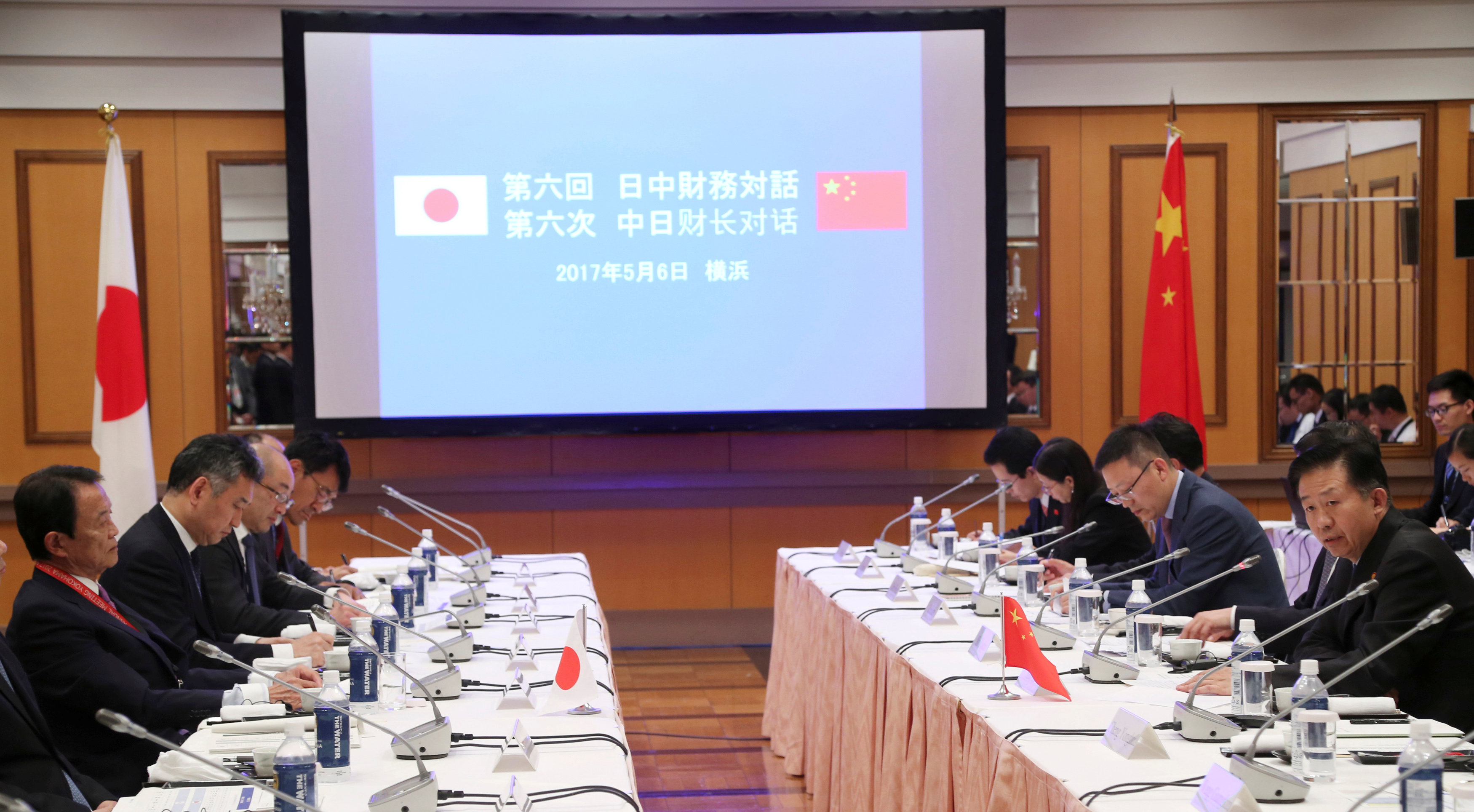 Yokohama: Japan and China agreed to bolster economic and financial cooperation, Japanese Finance Minister Taro Aso said on Saturday, as U.S. President Donald Trump's protectionist stance and tension over North Korea weigh on Asia's growth outlook.
Chinese Finance Minister Xiao Jie, who missed a trilateral meeting with his Japanese and South Korean counterparts on Friday for an emergency domestic meeting, had flown in for the talks with Aso, seeking to dispel speculation his absence had any diplomatic implications.
"We actively exchanged views on economic and financial situations in Japan and China and our cooperation in the financial field," Aso told reporters after the meeting, which included senior finance ministry and central bank officials.
"It was significant that we reconfirmed the need of financial cooperation between the two countries while sharing our experiences in dealing with economic policies and structural issues," he added.
The two countries agreed to launch joint research on issues of mutual interest - without elaborating - and to report the outcomes at the next talks, which will be held in 2018 in China.
They did not discuss issues such as currencies and geopolitical risks from North Korea's nuclear and missile programme during the dialogue, held on the sidelines of the Asian Development Bank's (ADB) annual meeting in Yokohama, eastern Japan, Aso said.
Relations between Japan and China have been strained over territorial rows and Japan's occupation of parts of China in World War Two, though leaders have recently sought to mend ties through dialogue.
Still, China's increasing presence in infrastructure finance has alarmed some Japanese policymakers, who worry that Beijing's new development bank, the Asian Infrastructure Investment Bank (AIIB), may overshadow the Japan-backed ADB.
Shortly before the bilateral talks on Saturday, Xiao voiced hope that the ADB will boost ties with China's high profile "One Belt One Road" infrastructure development initiatives.
"China hopes the ADB ... strengthens the strategic ties between its programmes and the One Belt One Road initiative to maximise synergy effects and promote Asia's further development," Xiao told the ADB's annual gathering.
Japan and China do agree on the need to respect free trade, which they see as crucial to Asia's trade-dependent economies.
Finance officials from Japan, China and South Korea agreed to resist all forms of protectionism in Friday's trilateral meeting, taking a stronger stand than G20 major economies against the protectionist policies advocated by Trump.
China has positioned itself as a supporter of free trade in the wake of Trump's calls to put America's interests first and pull out of multilateral trade agreements.
Japan has taken a more accommodative stance toward Washington's argument that trade must not just be free but fair.