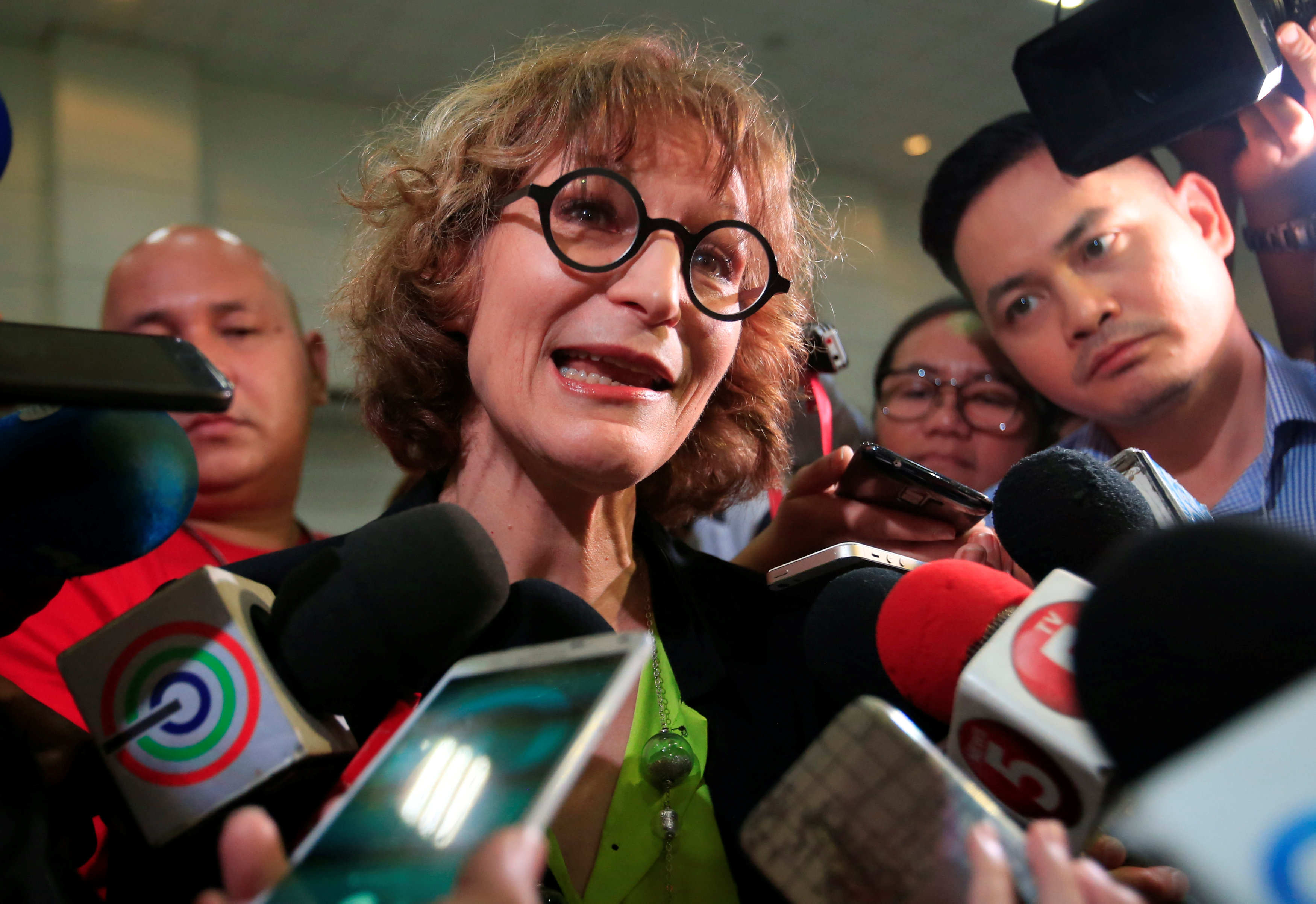 Manila: A United Nations expert who irked the Philippines with a surprise visit said on Saturday she was keen to return and investigate alleged summary killings, but only if President Rodrigo Duterte drops his condition that she must hold a debate with him.
Agnes Callamard, U.N. special rapporteur on extrajudicial killings, has been vocal about allegations of systematic executions in the Philippines as part of Duterte's war on drugs. Thousands have been killed since he came to power in June last year.
A planned visit by Callamard in December was cancelled because she refused to accept Duterte's conditions. She turned up in an unofficial capacity on Friday, telling an academic conference on human rights issues that she would not carry out any research this time.
"I am committed to continue my dialogue with the government and I am committed to undertake an official visit, either by myself or with the special rapporteur on the right to health," Callamard told reporters in Manila.
Duterte has sought a public debate with Callamard before allowing her to conduct an inquiry into allegations of human rights violations against him, and that she be placed under oath before answering questions from the government.
The maverick leader has previously stated his openness towards being probed by the U.N. and western governments, but only if he gets to publicly ask investigators questions, during which he said he would "humiliate" them and create a "spectacle".
The government insists it must be given the opportunity to question U.N. rapporteurs because the Philippines had already been maligned by allegations of systematic state-sponsored killings of drug dealers and users. Presidential spokesman Ernesto Abella said on Friday the government would complain to the U.N. after Callamard failed to notify it of her Manila visit.
It turned out, however, that Callamard had actually informed the government in advance of her trip through the Philippine mission in Geneva. But on Saturday, the government issued a statement, this time saying Callamard "conveniently failed to disclose" that the Philippine mission had asked her to reconsider the trip since Philippine officials would be in Geneva at the same time and were expecting to see her. "Her delayed reply came on the day she left for the Philippines. This was neither timely nor proper courtesy accorded to a sovereign nation," the statement said.