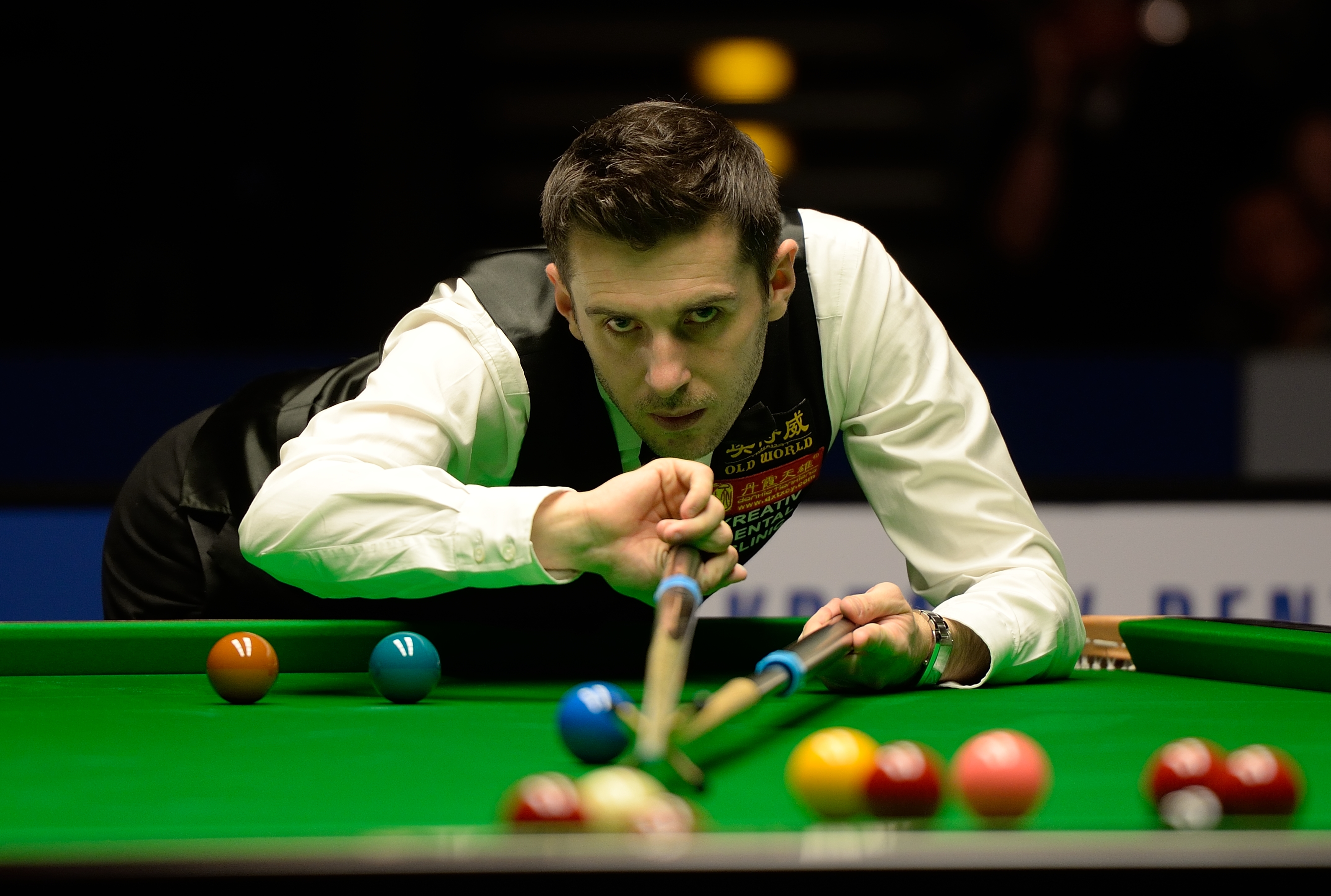 Sheffield: England's Mark Selby produced a magnificent comeback to beat John Higgins 18-15 in the final of the world snooker championship at Sheffield's Crucible Theatre on Monday and win the global crown for the third time.
The defending champion from Leicester had found himself 10-4 down at one point on Sunday after an uncharacteristically poor day at the table and was staring at defeat in the 35-frame showpiece against Scotland's four-time winner Higgins.
Yet a superb performance on the second day illustrated why 33-year-old world number one Selby has become recognised as one of the finest match players the game has seen as he battled back to dominate and record his third win in four years.
He became only the fourth player after Steve Davis, Stephen Hendry and Ronnie O'Sullivan to win back-to-back titles since the event was first held at The Crucible in 1977 as he collected a record 375,000 pounds ($483,300.00) winner's cheque.
An epic final had its major moment of controversy in the 31st frame when Selby, leading 16-14, was penalised after referee Jan Verhaas judged that he had failed to roll the cue ball up against the black when playing for a snooker.
Selby felt he had hit the black but went on to lose the frame which cut his lead to one frame.
He showed remarkable composure to put the disappointment behind him and compiled a superb break of 131 in the next frame to leave him one away from successfully defending his title.
Selby then wrapped up victory with another nerveless break of 75.
THREE TITLES
"I can't believe it, I am still pinching myself now," Selby told the crowd afterwards. "To have three world titles is unbelievable and to be one of only four players to defend the title (at the Crucible) is something I could only dream of."
He felt the key to his victory had been the last three frames on Sunday night which he won when he was 10-4 down and struggling badly.
"From 10-4 down to get to 10-7 yesterday, I was over the moon as I had nothing left. He outplayed me yesterday. Today, I came back fresh and was a lot better," said Selby.
"When I was 10-4 down I was missing everything and had nothing left. I said, 'Pull something together. If you lose, you want to at least go down fighting.'"
Of the black ball 'foul' controversy, Selby added: "I thought it touched, Jan (Verhaas) said it didn't and I trust him. You have to put it out of your mind."
The 41-year-old Higgins, described by Selby as "one of the all-time greats", was equally complimentary about his opponent.
"Mark is granite, just granite," said the Scot. "I gave everything. I came up short to a great champion. I'm proud of myself but he was too good on the day."