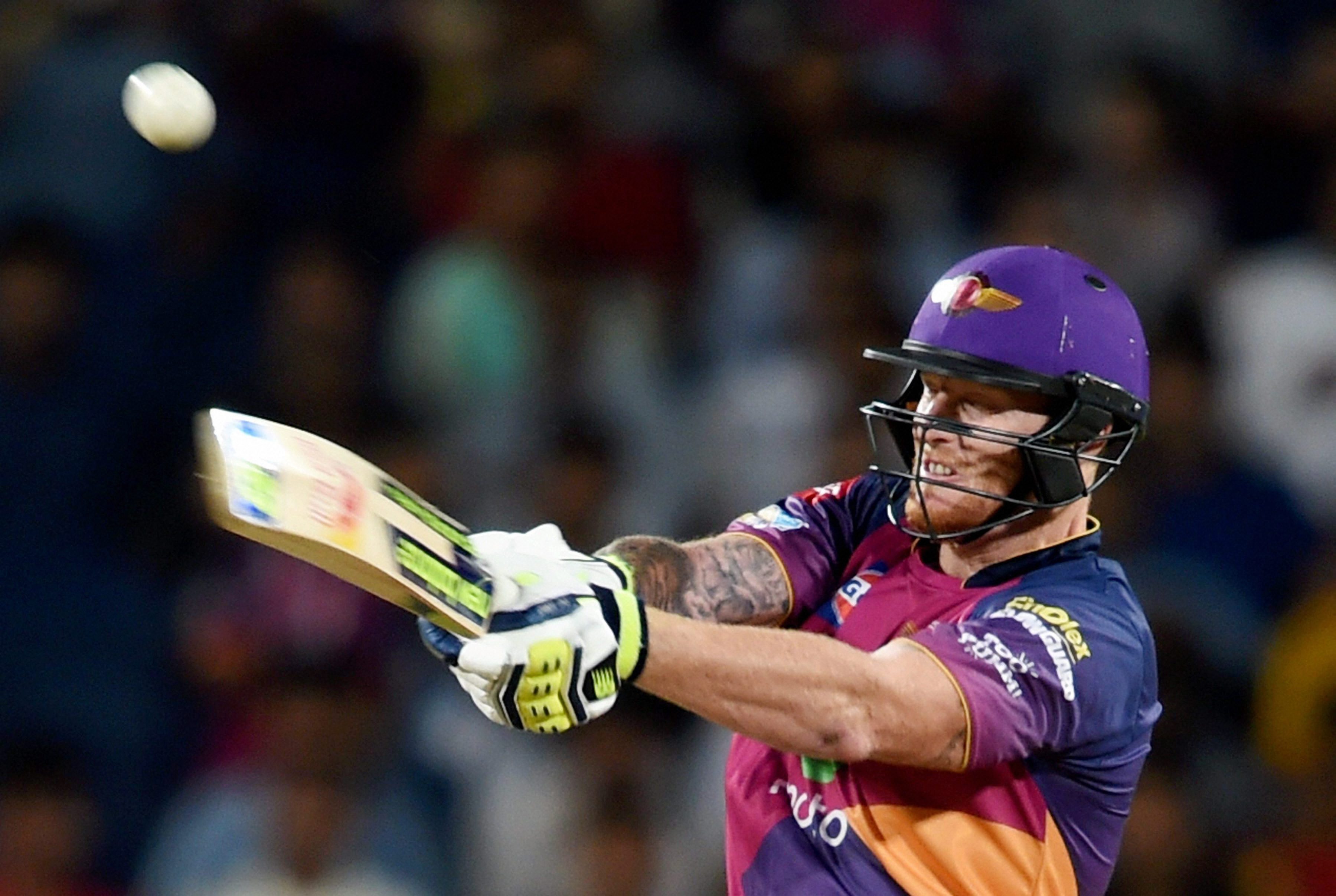 New Delhi: England all-rounder Ben Stokes proved the $2.17 million that Rising Pune Supergiants splashed to secure his service in the Indian Premier League was a smart investment as he blasted a match-winning century against Gujarat Lions on Monday.
Local media were amused by Pune's desperation in February's players auction to land the 25-year-old who was famously clobbered for four successive sixes by West Indies' Carlos Brathwaite in the final of last year's World Twenty20 at Eden Gardens.
But the league's most expensive overseas player smashed a fifty in his second outing and won his first two man-of-the-match awards with clever bowling against Royal Challengers Bangalore and table-toppers Mumbai Indians.
The batting pyrotechnics he is famous for finally manifested on Monday when he battled cramps to blast an unbeaten 103 off 63 balls and secure a five-wicket victory against the Lions.
The hosts had been reeling at 10-3 in their chase of 162 when Stokes walked out to bat and the tattooed all-rounder went on to hit six sixes and seven boundaries.
"That was an amazing innings -- under pressure, came in at three for nothing and to play the way he did, he timed his innings beautifully and took the game on at the right time," Pune captain Steve Smith told reporters.
It was a personal satisfaction for the Australia skipper who played an important role in roping in Stokes.
"We were very excited to get him. I had said before the auction to the guys (owners), 'just do what you have to get him,'" Smith said.
"All-rounders are so valuable in T20 cricket and he bats, bowls and fields well. He's a perfect fit for our team, particularly after Mitchell Marsh was ruled out as well.
"He's done a terrific job for us," added Smith. "We paid a big amount to get him. We know he's a quality player. (He) certainly earned his cash tonight."
Smith's view was echoed in a headline in Tuesday's Indian Express newspaper, which gushed: "Ben $tokes rupays faith with a bang-for-the-buck century" -- 'rupay' being the plural of Indian rupees.