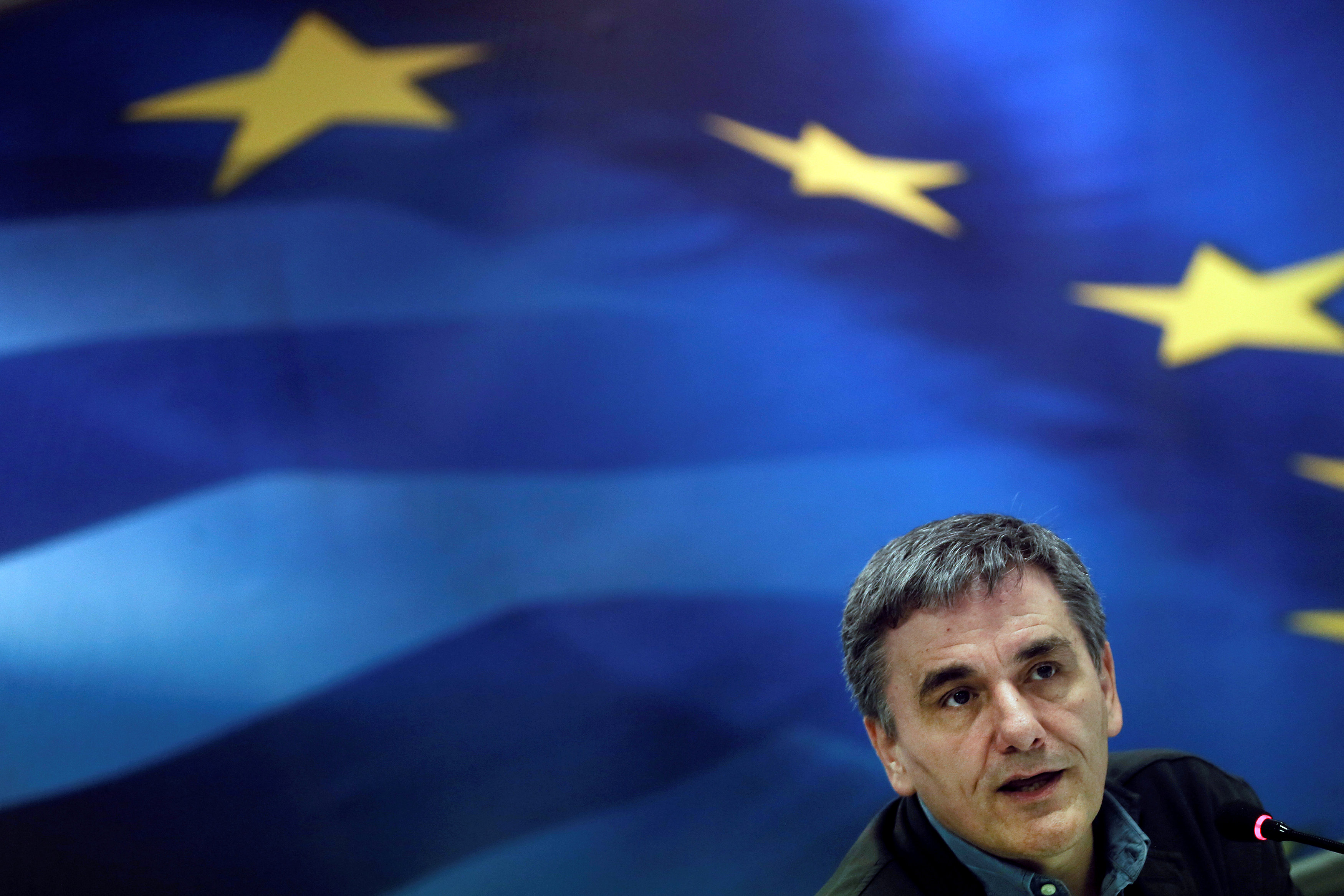 Athens: Promising to cut pensions and give taxpayers fewer breaks, Greece has paved the way for the disbursement of further rescue funds from international lenders and possibly opened the door to reworking its massive debt.
Officials from both sides reached a deal early on Tuesday on a package of bailout-mandated reforms, ending six months of staff-level haggling. Greek Finance Minister Euclid Tsakalotos announced it with a term associated with papal elections.
"There was white smoke," he told reporters.
Greece now needs to legislate the new measures — which also include opening up the energy market to competition — before euro zone finance ministers approve the disbursement of loans, probably at the next scheduled Eurogroup meeting on May 22.
Athens needs the funds urgently to repay 7.5 billion euros in debt maturing in July.
The Eurogroup meeting, meanwhile, may mark the first formal discussion of debt relief for Greece, an issue that means different things to each side.
The International Monetary Fund (IMF) reckons Greek debt is unsustainable at 179 per cent of gross domestic product and is reluctant to participate in further funding without a debt relief agreement.
European Union lenders, however, have ruled out forgiving the debt and refused to discuss such things as cutting repayment rates until after a reform-for-cash deal is cut.
Both groups of lenders have differed markedly about what Greece's budget is capable of sustaining.
The Greek government, however, hailed Tuesday's agreement as now allowing the yet-to-be-defined relief go ahead.
"The government believes that this road, despite the difficulties, will lead to the country's exit from bailouts," Interior Minister Panos Skourletis told ERT TV.
"What's important after closing the bailout review is to have a roadmap for debt relief."
Skourletis repeated Greece's mantra that demanding increasing amounts of austerity risks alienating great swathes of EU citizens.
"The consequences for every government, including ours, that is obliged to implement bailout measures, is the risk of damaging the relationship with society, particularly the groups that you want to represent," he said.
Targets
As part of the reforms, Athens has promised to cut pensions in 2019 and cut the tax-free threshold in 2020 to produce savings worth 2 per cent of gross domestic product (GDP).
If it outperforms its targets, it will be allowed to activate a set of measures offsetting the impact of the additional austerity, which includes mainly lowering taxes.
Athens also agreed to sell coal-fired plants and coal mines equal to about 40 per cent of its dominant power utility Public Power Corp's capacity.
On the budgetary target level, the lenders are now likely to decide among themselves on Greece's medium-term primary surplus targets, a key element for granting further debt relief.
In a draft document seen by Reuters, the IMF says Greece can reach a primary surplus — the budget balance excluding debt repayments — of 2.2 per cent in 2018 and aim at 3.5 per cent annually in 2019-2021. It suggests the primary surplus target be reduced to 1.5 per cent of GDP thereafter.
Euro zone lenders, however, believe Greece must sustain a 3.5 per cent GDP primary surplus target over a longer period.
Last year's Greek primary surplus was 4.2 per cent, according to the lenders. Whether that can be maintained is unclear.