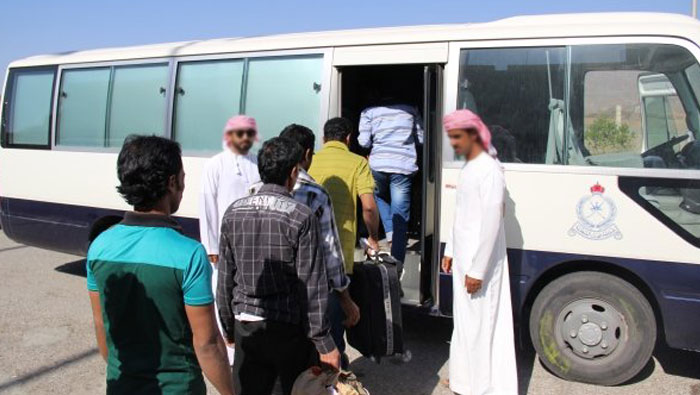 Muscat: Over 400 violators of the Labour Law were recorded last week, according to the Ministry of Manpower.

During the 23rd of April to the 29th of April, the Ministry of Manpower’s labour inspection team found 475 cases that were in violation of the Labour Law.

Of these cases, 346 were commercial workers, 76 were agricultural workers, and 53 were domestic workers.

After investigating the violations, 470 workers were arrested, including 265 fugitive workers. 180 were workers who were let go, and 25 workers did not carry official documents.

The Al-Batinah Governorate recorded the highest number of violations during this period, at 162 cases, followed by the Muscat Governorate at 132 cases.

The authorities at the Ministry of Manpower have proceeded with legal action towards the cases.

The Ministry of Manpower also recorded during this week the deportation of 406 workers as a result of the violation of the provisions of the Labour Law.