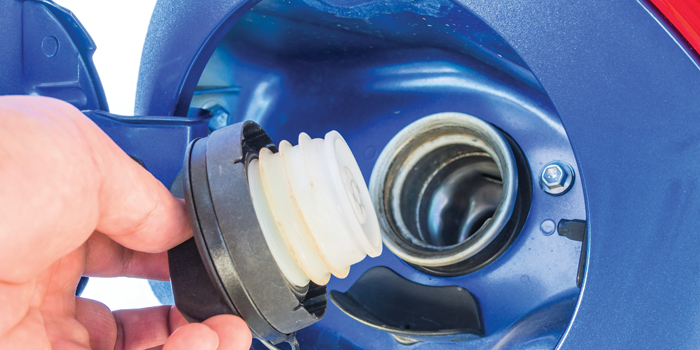 Muscat: M91 fuel is still capped at 186 baisas a litre, the Undersecretary at the Ministry of Oil and Gas has confirmed.
Residents worried about rising fuel costs can heave a sigh of relief after the senior ministry official said the price of M91 has not risen above its capped price of 186 baisas – and won’t for the foreseeable future.
Read here: Oman petrol prices for May revealed
Salim Al Aufi, speaking exclusively to Times of Oman, said the cap is still running despite a hike in all fuel prices for May which left residents reeling.
Oman scrapped its fuel subsidy last year and residents have watched prices climb steadily ever since.
On February 7, Oman’s Council of Ministers ordered a price freeze on M91 after calls from Shura Council members and residents for an urgent review of the escalating costs.
Yesterday, the ministry announced M91 would be hiked from 180 baisas to 186 baisas per litre for the month of May – sparking widespread speculation that the cap had ended.
Al Aufi explained that the price had actually been lowered below the cap in April and was simply returning to its capped level for the month of May.
He said: “First, it was not a freeze but ‘capping’ at the February monthly price for M91 only. The February pump price for M91 was 186 baisas per litre.
“Second, the decision to cap the price of M91 to the February level was taken by the cabinet, not the Ministry of Oil & Gas,” he added.
“The pricing committee (of ministry) honoured this decision and for March fixed M91 to 185 baisas per litre.
“In April, because the market price was low, we honoured the market price and lowered the price to 180 baisas per litre, then for May we again fixed the price to 186 baisas per litre, as the true market price is slightly higher.”
Shura council members and residents called for the economically disadvantaged in Oman to be protected from rising costs, as it emerged that the price of regular fuel had risen by 63 per cent since January 15, 2016 – the day fuel subsidies in Oman were scrapped.
At that time, the Council of Ministers said in a statement: “M91 fuel price will be frozen at its current level - 186 baisas a litre - until the government can implement “mechanisms to support deserving citizens.”
More cars run on regular fuel than on diesel and the more expensive M95 super fuel combined.
Residents and traders heaved a sigh of relief following the announcement and say they can now try to manage their budgets accordingly.
“The prices have risen and that is not something anyone likes, but we are happy that the cap remains.
“At least we know the maximum limit now and work our budgets accordingly.
“People will realise the importance of this cap once prices go higher in the coming months,” Maaz Firdous, a consultant at Al Iskaan Engineering, said.
“This is of course a great relief for a lot of people. Most thought that the government had removed the cap, but this is good news for people.
“I think people can plan better now and the uncertainty caused by changing prices is gone, thankfully. It is a good decision for the economy to cap the lower grade fuel,” Imtiaz Sikder, a member of Association of Chartered Certified Accountants, said.
Mohammed Shafiqul Islam Bhuiyan, who manages a petrol station at Ghala, said: “It will be better to have one price for M91 as our sales get terribly affected once the petrol prices go up.”
Company officials feel that petrol hikes directly and indirectly affect all major sectors.
“This mainly affects the prices of essential commodities which are transported on a daily basis,” said a transporter, adding that they have to bear the burden as they can’t increase the price of goods.
Since the fuel subsidy was removed, prices have risen in line with international crude prices, more than 50 per cent higher than subsidised rates.
Officials, including the Minister of Oil and Gas, have called for targeted subsidies that focus on protecting low income groups and slash unfair grants to residents who can afford to pay more.