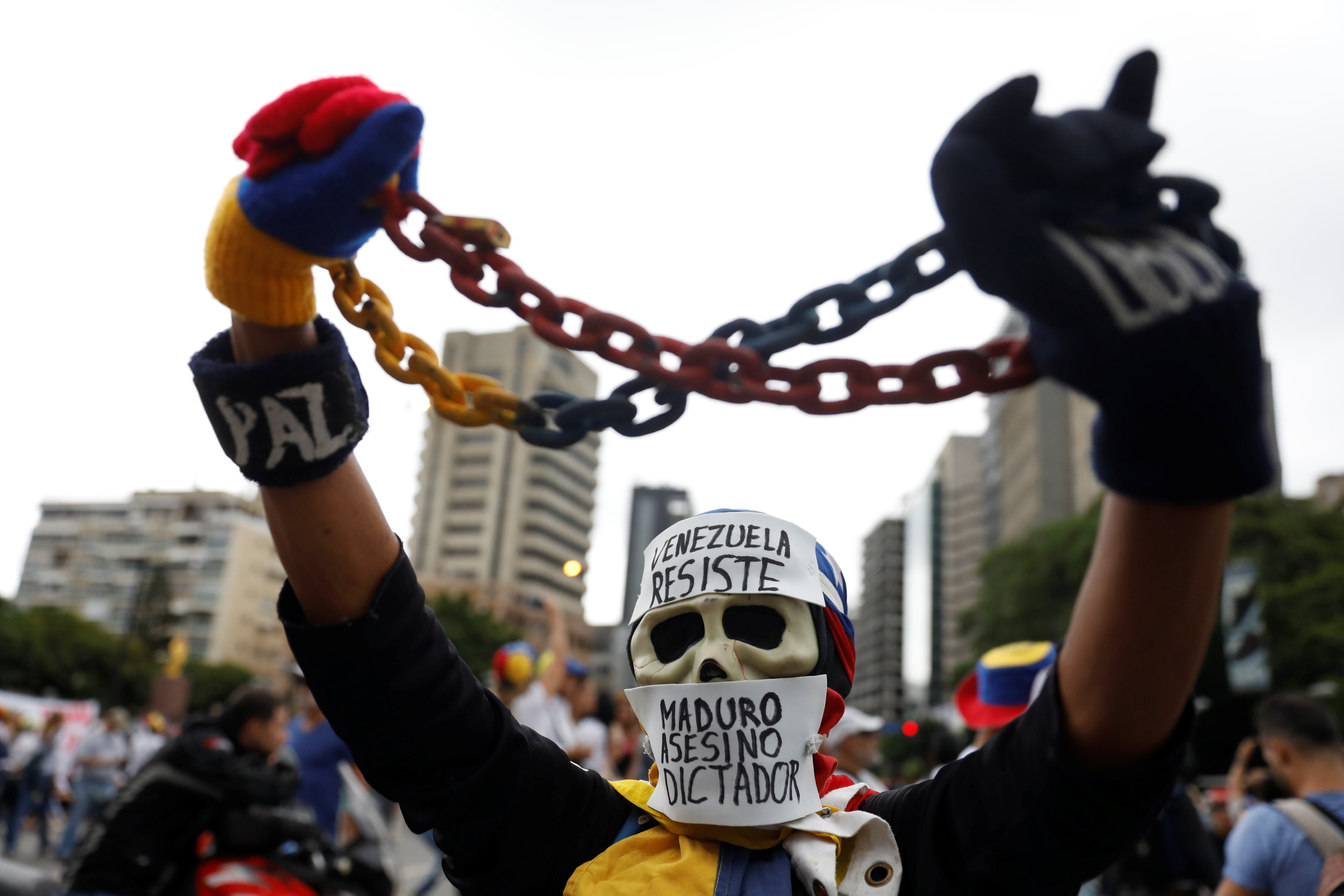 Caracas: Venezuelans poured onto the streets on Monday in rival May Day marches as the opposition began a second month of anti-government protests and red-shirted supporters rallied behind socialist President Nicolas Maduro.
Maduro on Sunday announced a 60 per cent increase to the monthly minimum wage to counter the impact of triple-digit annual inflation which has eroded people's buying power. He touts the move as evidence of strong worker protection under "21st century Socialism."
But foes say the increase, which takes the minimum wage to nearly $50 a month at the black market rate, is further proof of Maduro wrecking the oil-rich nation's economy with chaotic policies like currency controls and excessive money printing.
Millions of Venezuelans are struggling to eat three square meals a day or afford basic medicines amid a fourth year of recession.
"Who can stand this? So much hunger, misery, crime... The prices are going up far more than the salary rises," said Sonia Lopez, a 34-year-old social security worker and mother-of-three at an anti-government rally in the poorer western side of Caracas.
"There are days my kids eat, and days they don't," she added, waving a Venezuela flag signed in the past by now jailed opposition leader Antonio Ledezma.
Thousands of supporters of both sides gathered in Caracas and other major cities. The government laid on hundreds of buses for its backers but closed subway stations in the capital and set up roadblocks, impeding opposition mobilisation.
"No matter the obstacles today, even cats will mobilise against this corrupt, drug-trafficking top brass and its leader," said Henrique Capriles, who narrowly lost to Maduro in the 2013 presidential election.
Government opponents are demanding elections, autonomy for the legislature where they have a majority, a humanitarian aid channel from abroad and freedom for more than 100 jailed activists.
Maduro retorts that they are violent protesters seeking a coup to allow a Washington-backed right-wing government get its hands on Venezuela's oil wealth.
Twenty-nine people, including supporters of both sides and a National Guard sergeant, have died in unrest since early April.
"The workers are in the street to defend our president against the violent coup-mongers," said Aaron Pulido, 29, a union worker with migration department Saime gathering in downtown Caracas in a sea of red banners.
"They destroyed five Saime offices around Venezuela in the last month... There's never violence in our marches," he added.
Police and National Guard troops, whom the opposition accuses of using excessive force in near-daily clashes, were out in force across the capital, many behind riot shields with armored vehicles waiting in side streets.
Some government workers acknowledged they had been coerced into attending. "We're here because they tell us to. If not, there are problems," a 34 year-old worker with a state aluminum company, just off a bus after an all-night journey from southern Ciudad Bolivar, told a journalist until a supervisor cut off the conversation.