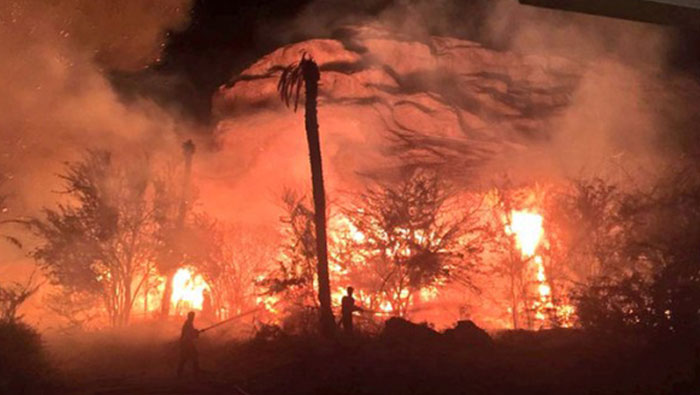 Muscat: In wake of fire incidents last summer, Public Authority for Civil Defence and Ambulance (PACDA) has urged farmers and farm owners to follow safety procedures and be more cautious to avoid fires, protect lives and property, and reduce environmental pollution.
A spokesperson at PACDA, who has 12 years in the service, stated that although no fatalities have been recorded due to fires, safety is still a major concern. “Since I’ve been working, we haven’t heard of anyone dying in a farm fire. Of course, we have very good equipment and fire retardant clothing, so we are well protected, but some do suffer from smoke inhalation.”
“These fires sometimes occur based on the season, and so are natural. It only gets out of hand when it is allowed to. Many of the farm owners, and especially farm handlers, don’t understand safety regulations.
“But with more awareness, we are hoping the number of fires will decrease,” the spokesperson added.
Based on statistics provided by PACDA, farm fires are the most common type of fire during the summer, with an increase of more than 26 per cent in the last three years.
Last year, there were 789 fires. In 2015, there were 682, and in 2014 there were 626.
Rising numbers
According to information released by the agency, the increase in fires occur mostly during the summer, due to the rise in temperatures, droughts, and farm owners and workers not following safety regulations.
In 2014, three workers were burnt to death during a fire ata farm near Salalah. On March 16, fire rescue teams took five hours to extinguisha farm fire in Wilayat Dimawa’Tayeen in North Al Sharqiyah Governorate.
Officers were able to extinguish the flames, and no injuries were reported.
PACDA states that factors involved in farm fires include negligence, the use of particular fertilizers, and manmade fires. In case of a fire, call the emergency line at (24343666 or 9999).