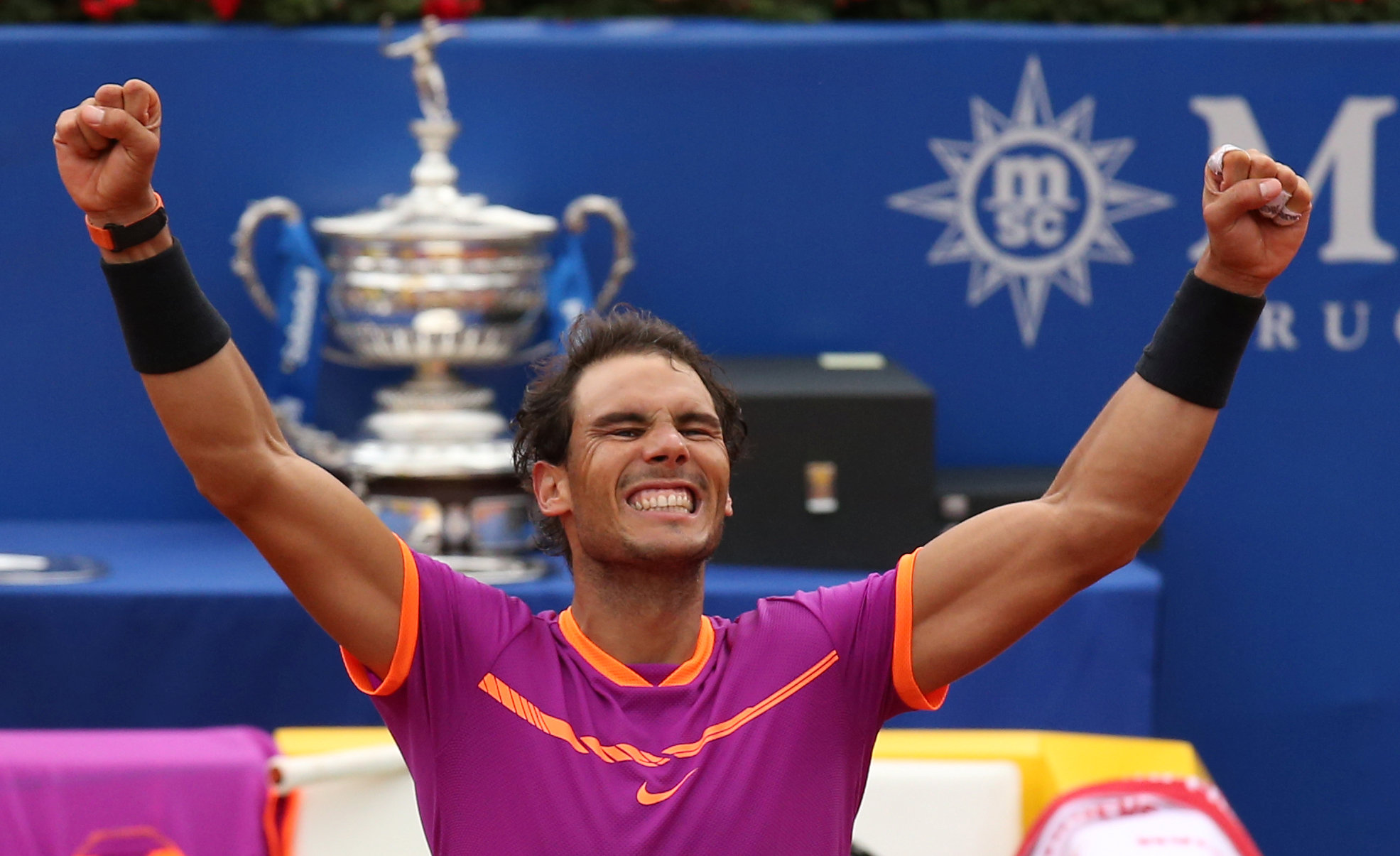 Barcelona: Rafael Nadal won a record-extending 10th Barcelona Open title on Sunday by thrashing Dominic Thiem of Austria 6-4 6-1, collecting his second claycourt title in a row.
Nadal, who won the Monte Carlo Masters for a 10th time last week, romped to the title without dropping a set on the newly renamed Rafa Nadal court at the Real Tennis Club in Barcelona, and needed just 90 minutes to finish off Thiem.
Thiem had beaten the 14-times Grand Slam champion on clay in the Argentina Open last year and earned a place in the final by beating world number one Andy Murray for the first time in his career on Saturday, but he proved no match for Nadal.
The Mallorcan took a while to impose himself on Thiem on an overcast day in Barcelona with the cold weather slowing down the court.
Thiem earned the first breakpoint of the match but Nadal recovered and eventually took the first set by breaking his opponent in the 10th game. There was no let-up in the second set from Nadal, who broke the 23-year-old Austrian twice in a row before serving for the championship.