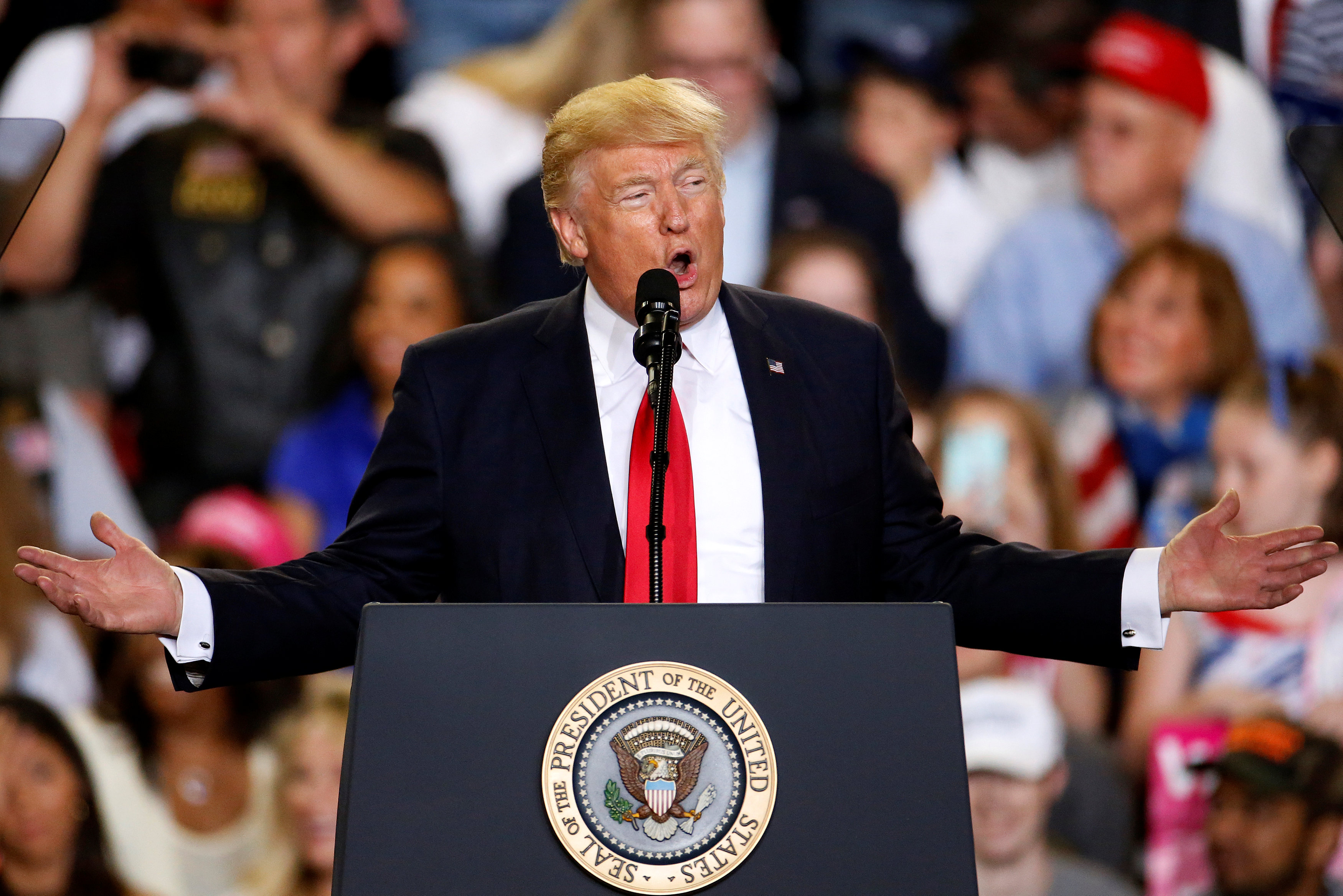 Washington: U.S. President Donald Trump is stepping up outreach to allies in Asia to discuss the North Korean nuclear threat and make sure all are "on the same page" if action was needed, a top White House official said on Sunday.
White House Chief of Staff Reince Priebus said Trump would speak to the leaders of Singapore and Thailand on Sunday, after North Korea test-launched another missile that Washington and Seoul said was unsuccessful but which drew widespread international condemnation.
The telephone calls follow Trump's conversation on Saturday night with Philippines President Rodrigo Duterte. A week ago, Trump spoke with the presidents of China and Japan on the North Korea issue. "We need cooperation at some level with as many partners in the area as we can get to make sure that we have our ducks in a row," Priebus told ABC's "This Week."
"So if something does happen in North Korea, that we have everyone in line backing up a plan of action that may need to be put together with our partners in the area,” he said. "We have got to be on the same page." Priebus said the planned conversations were prompted by the "potential for nuclear and massive destruction in Asia" and eventually in the United States.
The U.S. president, who warned a "major, major conflict" with North Korea was possible in an interview with Reuters , did not elaborate on any U.S. response to the test. "You'll soon find out", he said on Saturday. Trump has stressed he would not broadcast military options to preserve an element of surprise. His secretary of state, Rex Tillerson, said on Friday all options remained on the table with regard to North Korea. Pyongyang's missile test came as the USS Carl Vinson aircraft carrier group arrived in waters near the Korean peninsula, where it began exercises with the South Korean navy on Saturday about 12 hours after the failed launch, a South Korean navy official said.
Priebus said Trump was in regular contact with Japan's Prime Minister Shinzo Abe and that the president had become "very close" to Chinese President Xi Jinping. Trump, for whom China was a virtual punching bag during the 2016 presidential campaign over trade, told CBS that any trade disputes with the Asian economic giant took a back seat to securing its cooperation on North Korea.
China, the only major ally of North Korea and its largest trading partner, has expressed increasing concern about Pyongyang's pursuit of nuclear weapons and long-range ballistic missiles in violation of U.N. resolutions. However, it has warned against escalation. "I think that, frankly, North Korea is maybe more important than trade," Trump said in the "Face the Nation" interview.
"Trade is very important. But massive warfare with millions, potentially millions of people being killed? That, as we would say, trumps trade." Similarly, concerns over human rights in the Philippines, where critics cite extrajudicial killings in Duterte's war on drugs, take a back seat to possible confrontation in Asia.
"There is nothing right now facing this country and facing the region that is a bigger threat than what is happening in North Korea," he said in the ABC interview.
Senator John McCain, a leading Republican on foreign policy, said he did not believe Trump was considering a pre-emptive strike on North Korea. That would put U.S. ally South Korea in immediate danger, he said on CNN's "State of the Union." "But to say you absolutely rule out that option of course would be foolish. But it has to be the ultimate last option," McCain said.