Inflation surge to keep pressure on ECB to cut stimulus 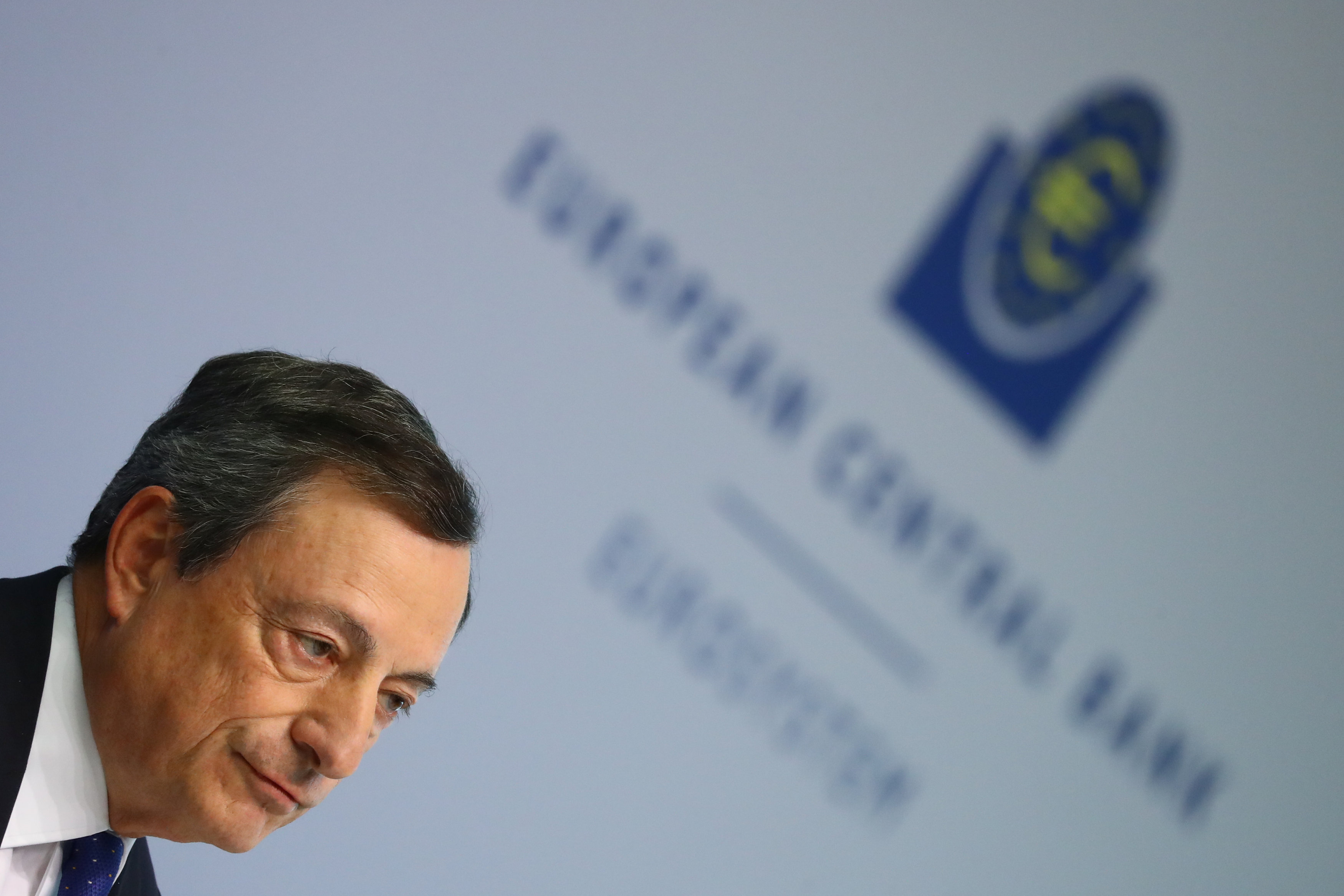 Brussels/Frankfurt: Inflation surged and growth continued to accelerate in the euro zone, a plethora of indicators showed on Friday, keeping pressure on the European Central Bank (ECB) to start dialling back its lavish stimulus measures as early as June.
Underlying inflation — the price indicator most watched by the ECB — blew past expectations to hit a three-year high. Household lending rose to its best rate since the global financial crisis while a measure of money in circulation, an indicator of coming economic activity, also jumped, suggesting that overall growth may be stronger than expected.
Still, the inflation figures were influenced by one-off factors — including Easter spending — so the ECB will probably maintain its plan to move only in increments and taking only the smallest of steps in June.
The ECB kept its ultra-easy policy stance steady on Thursday, even leaving the door open to more easing, arguing that underlying inflation is not showing any signs of a convincing upward trend, raising the risk that a premature exit would unravel its work.
While markets expect the ECB to tone down its language in June, removing its bias for further easing, ECB President Mario Draghi gave no hint of such moves on Thursday, only venturing to say that economic risks have receded.
Conservative policymakers, long opposed to the ECB's stimulus, have warned that generous asset buys risk overheating the economy, could inflate asset bubbles and may push up inflation too quickly.
Confounding expectations, core inflation, or prices excluding food and energy, increased by 1.2 per cent this month, higher than any analysts in a Reuters poll had predicted. While some of the rise may be due to pricing around Easter, the rate is the highest since the summer of 2013.
Overall inflation meanwhile rose to 1.9 per cent in April from 1.5 per cent, essentially hitting the ECB's own target of price growth just below 2 per cent.
"In May the inflation rate will no longer be affected by the Easter holiday (so) core inflation should then drop again to 0.9 per cent," Commerzbank said.
"The inflation rate as a whole will also fall back to 1.5," Commerzbank predicted.
The euro jumped over a half a percent on the data with investors pricing in a more hawkish stance from the ECB at its next meeting.
Next move
Though no actual tightening is seen for months to come, the ECB could remove all or some of its references to more easing, arguing that risks were balanced. It is then seen deciding in September, at the earliest, whether to extend its asset buying scheme beyond this year.
"The ECB will not read too much into these (inflation) data. While we still see it tapering its asset purchases next year, the process will be fairly slow and interest rate hikes are a long way off," Capital Economics Chief European Economist Jennifer McKeown said.
Fighting ultra-low inflation into the fifth straight year, the ECB has cut rates deep into negative territory and plans to buy 2.3 trillion euros worth of bonds by the end of the year, all in the hope of boosting growth, which would then generate inflation.
Although price have come up quickly this year, the ECB has warned that much of this is due one-off energy price rises and inflation will then dip back.
Indeed, the ECB's own survey of professional forecasters put core inflation at just 1.1 per cent this year, predicting only incremental rises for years to come.
Still, household lending, another indicator of economic activity, hit its highest rate since 2009 last month while bushiness lending also jumped, suggesting that the ECB's cash is making its way into the real economy.
Indeed, economic sentiment hit a near ten year high this month and Spanish GDP growth accelerated to an annual 3 per cent this year, all pointing to relatively healthy growth.