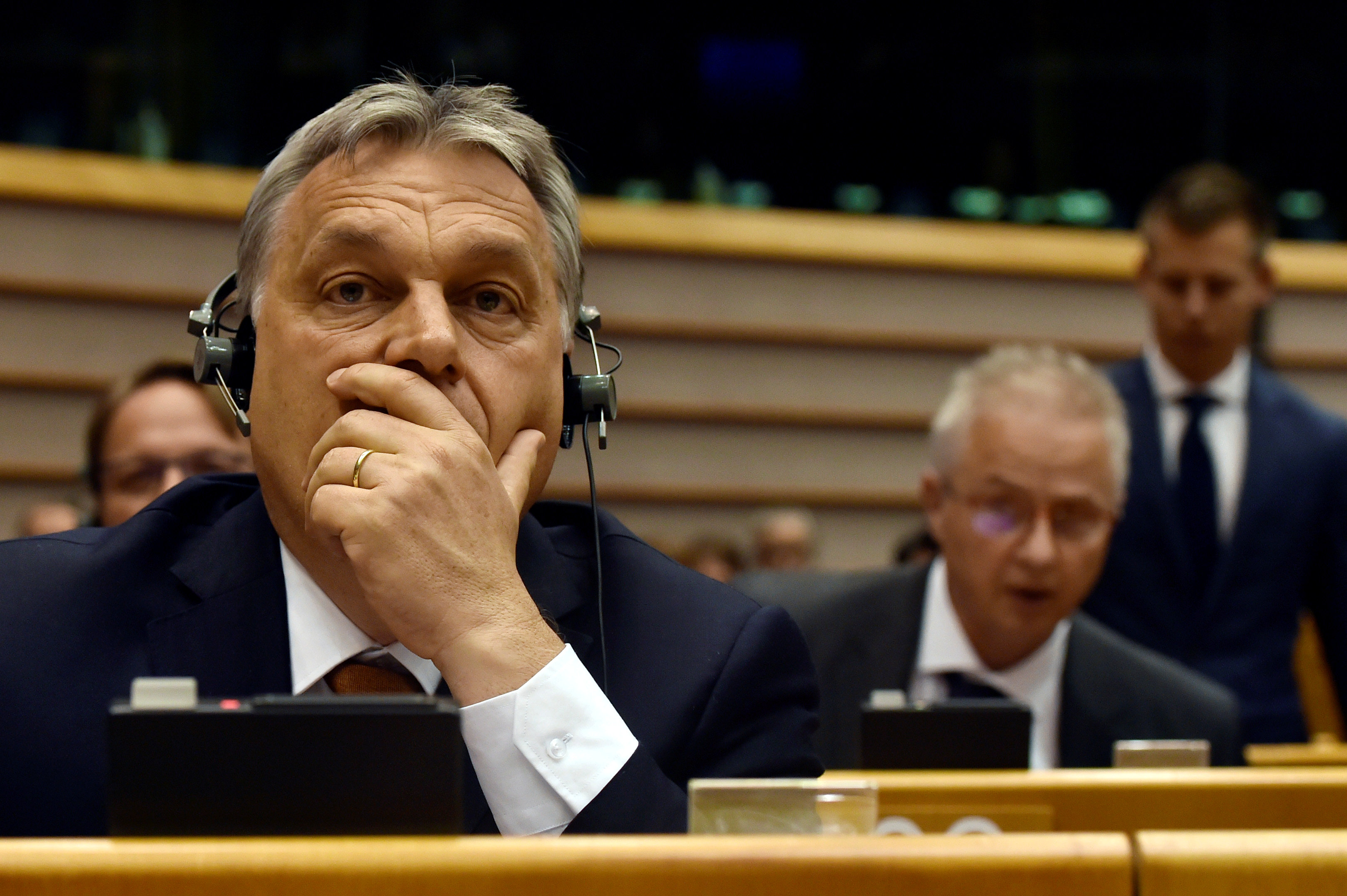 Anti-government protesters have filled Budapest's streets in recent weeks, but divisions within the opposition and weak support outside the capital mean they are unlikely to herald a serious threat to Prime Minister Viktor Orban in next year's election.
Triggered by a law targeting an international school founded by liberal U.S. financier George Soros, the rallies have galvanised broader public anger against Orban's ambition to create an "illiberal democracy". They accuse Orban of engineering a crackdown on civil dissent, eroding democratic values and spreading hostility towards the European Union while cozying up to Russia.
But the protesters, mostly young and urban, have found little in common with opposition politicians jostling for position ahead of next year's election and struggling to shake off the perception of incompetence and corruption.
Orban's Fidesz has a lead in opinion polls, with its 30-per cent support dwarfing its closest rivals, the Socialists and the radical nationalist Jobbik, both at about 10 per cent. The rest of the opposition is fragmented between several small parties. "They (protesters) have the street but we don't know for how long," said Zoltan Novak, a researcher at the Centre for Fair Political Analysis.
"The sentiment on the street and the sentiment in the opinion polls both have to change. We're not there yet." Emerging market investors expect the political status quo to hold since Hungary is economically stable and the protests have not posed a risk to Orban's grip on power.
"Hungary is not at the top of the list where I would see big political changes in the next few years," said Simon Quijano-Evans, a strategist at Legal & General Investment Management in London. Orban and his Fidesz party also seem relaxed, with the prime minister saying he feels bemused at the rallies.
"It always makes one smile when one sees crowds protesting at a lack of democracy," he told public radio this month. "They chant horrible things, insults and insinuations, while they claim there is no democracy. It's rather funny."
The lack of interest in protests among the 80 per cent of Hungarians who live outside the capital also makes it unlikely they would have much of an impact. The largest rally drew about a thousand people in Szeged, and that only once. "There are 23,000 students at this university and you did not see them pouring out onto the streets," said Erzsebet Barat, who teaches at the University of Szeged.
Hungary's electoral law -- created by Fidesz in 2011 -- helps Orban stay resilient. In 2014 he won a two-thirds majority with just 2.3 million votes out of 8 million voters. "The system works for Fidesz in the short term," election expert Robert Laszlo told Reuters.
In a mixed system of a single-round first-past-the-post vote and party lists, any ballot not used to win in constituencies bolsters the winning party's list, strengthening them further. Losing candidates' votes are not doubled that way. That, plus gerrymandered constituency borders and lax financial rules, play to Fidesz's advantage now, Laszlo said. To activists Marton Gulyas and Gergely Varga, that is unacceptable. The pair became celebrities among protesters after they were arrested for hurling bottles of orange paint, the Fidesz party colours, at the Presidential Palace at a rally. They have campaigned to level the electoral playing field. "We have to create a free and democratic race for the entire political sphere and not just legitimise the system which only favours Fidesz," Gulyas told Reuters.
Despite the new energy, the protests could easily peter out if opposition parties are unable to capitalise on them. But instead of offering one alternative to Fidesz, a half-dozen parties compete for the protest vote. Unless they forge an alliance they have no chance against Orban's Fidesz in 2018 - and in 2014 they placed a distant second even in an alliance. Amid such competition new players stand to profit, chiefly a group called Momentum, Novak said.
Having made its name by forcing the government to withdraw a bid for the 2024 Olympic Games in Budapest, Momentum has begun a national tour to recruit party activists as it seeks to launch the party in May. It plans a pro-EU protest for May 1, the 13th anniversary of Hungary's accession to the bloc.
Radical nationalist Jobbik, a well-financed group that now targets the mainstream, also goes its own way. "I don't see a serious challenge in these movements," Jobbik deputy Istvan Szavay told Reuters. "Only a seasoned and established party like Jobbik can beat Fidesz in 2018." - Reuters