More than one million from Oman visit Dubai in 2016 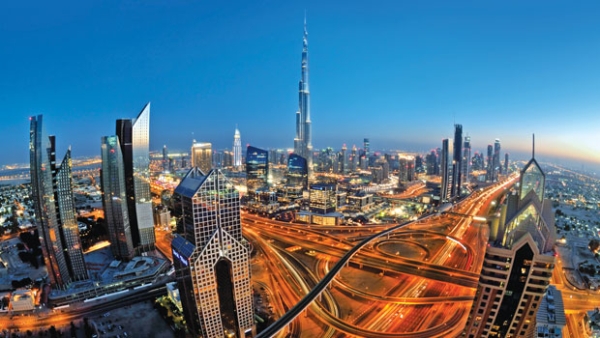 Dubai: Oman was positioned fourth among Dubai’s top 10 source markets for inbound tourism with more than one million visitors from the Sultanate in 2016, making it the second highest contribution of visitors among GCC countries.

The Annual Visitor Report 2016 released by Dubai’s Department of Tourism and Commerce Marketing during this year’s Arabian Travel Market revealed that the emirate welcomed over a million overnight visitors from Oman. This marks a 3 per cent increase compared to 2015.

Oman’s sizeable contribution to the 14.9 million overnight visitors to Dubai last year places it in fourth spot among the emirate’s top 10 source markets, with India (1.8 million), Kingdom of Saudi Arabia (1.6 million) and the United Kingdom (1.2 million) leading the list.

The Gulf Cooperation Council (GCC) remained the number one volume generator for tourism to Dubai, delivering the highest share of visitor volumes for 2016 with a total of 3.4 million, up 5 per cent over 2015.

Saudi Arabia contributed the highest number of travellers among the GCC countries, followed by Oman, with Kuwait in third place and Qatar in fourth, both retaining their top 20 status and registering an annual growth of 2 and 9 per cent respectively.

Issam Kazim, CEO, Dubai Corporation for Tourism and Commerce Marketing said, “The rising popularity of Dubai as a destination of choice reflects our relentless investments in building a vibrant tourism offering for visitors from across the region and beyond, as well as our concerted efforts to promote our Arabian heritage.

“In many ways, Dubai represents a ‘home-from-home’ experience for our neighbours, making both an extended holiday and quick getaway an attractive travel proposition. A short flight from their home country opens up unique experiences for our guests from the GCC who are made up of large families with children, young couples, business visitors, solo travellers and adventure-seekers.”

New additions to the destination portfolio include the openings of IMG Worlds of Adventure, the world’s largest indoor theme park, and Dubai Parks and Resorts, the region’s largest integrated theme park resort.

Additionally, 2016 witnessed the opening of Dubai Opera, a world-class entertainment venue, hosting some of the most internationally acclaimed performances and productions, and City Walk, the city’s trendiest new retail destination.