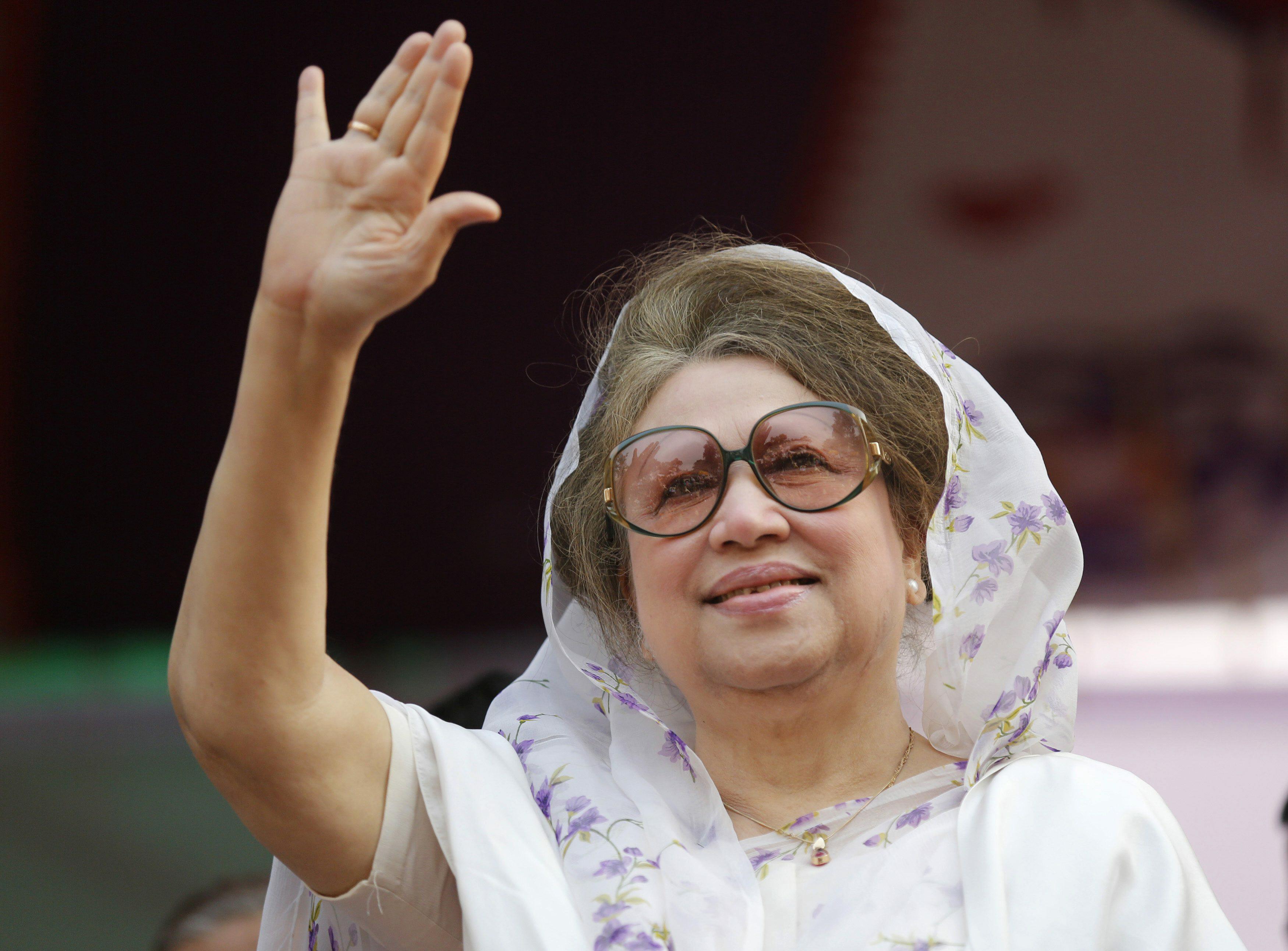 Dhaka: A Bangladeshi court on Tuesday deferred the hearing on 11 cases against opposition leader and former prime minister Khaleda Zia on charges of sedition and inciting violence after she reported sick. Dhaka Metropolitan Sessions Judge Quamrul Hossain Molla set May 22 as the date for the next hearing after considering a petition by Zia’s lawyers, BD News reported.
"Madam is unwell," it quoted Zia's lawyer Jainul Abedin Mesbah as saying. "As a result we petitioned for more time and the court accepted our request and set a new date for the hearing.”
The hearings have been delayed several times before. Speaking at a discussion on December 21 last year, Zia expressed doubts about the government's claims that nearly three million people had died during the 1971 Liberation War.
Of the 11 cases, eight were filed with Darus Salam and two with Jatrabari police stations in connection with arson attacks on vehicles in 2015 while the other was filed with a Dhaka court on sedition charge for her remarks on the number of Liberation War martyrs.
Zia's Bangladesh Nationalist Party was prevented from holding a rally on January 5, 2015 to protest against the anniversary of the 10th Bangladesh parliamentary elections after which the former prime minister called a nationwide blockade. In the course of the blockade that lasted 90 days, vehicles and buildings were fire-bombed, leading to almost 150 deaths.
Numerous cases of inciting violence were filed at that time, including eight under the Special Powers Act. The court granted Zia bail in the cases. The cases under the Special Powers Act are awaiting an indictment hearing at the moment.