At "sit-ins" and barricades, Venezuela protesters try to keep momentum 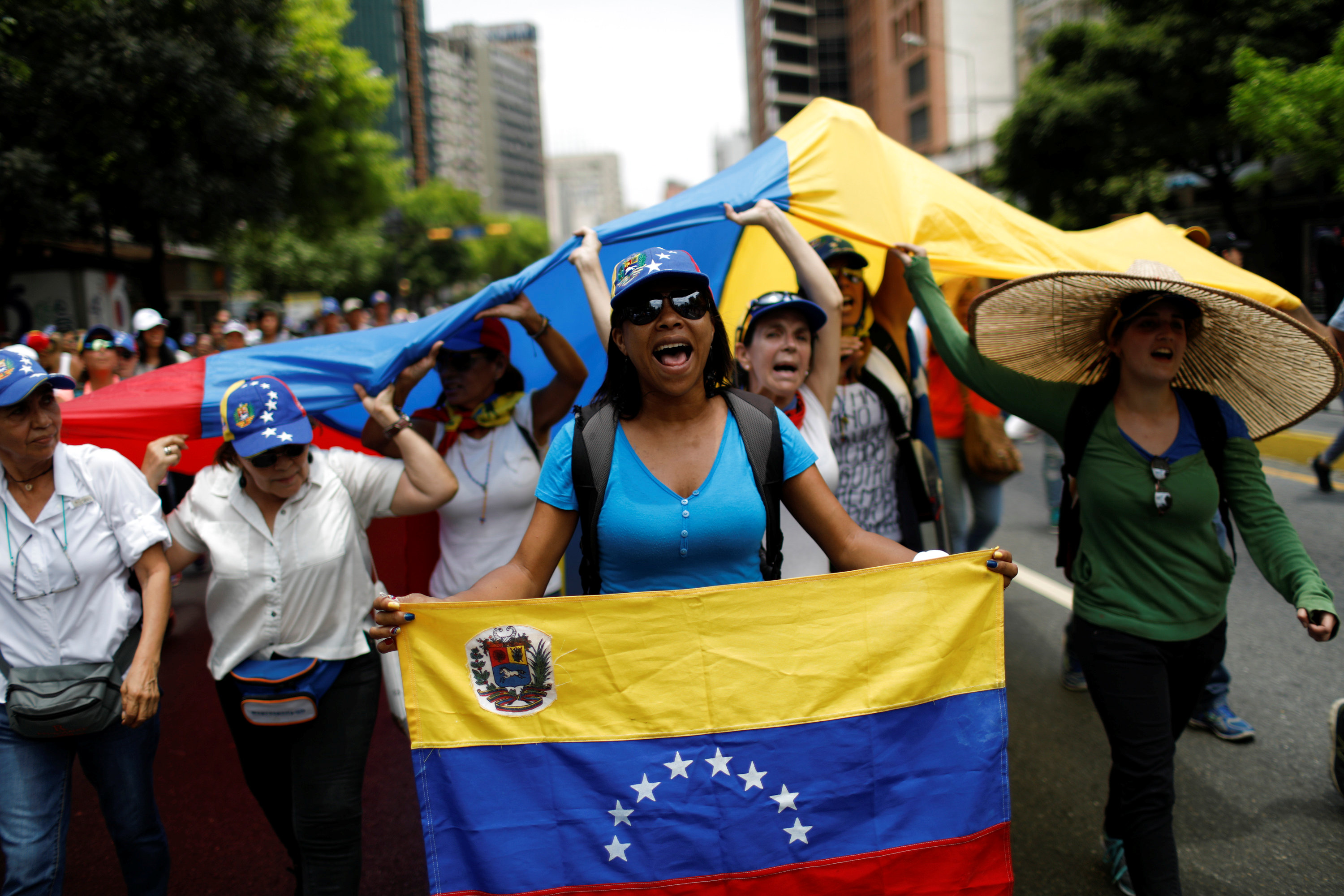 Caracas: Venezuelans erected barricades with garbage and even bathtubs on Monday and snarled traffic with mass "sit-ins" along major thoroughfares to press their demand for early elections as anti-government protests entered a fourth week.
Ten people have been killed during near daily clashes this month between security forces armed with rubber bullets and tear gas and protesters sometimes throwing rocks and Molotov cocktails. At least 10 people have also died during night-time looting.
President Nicolas Maduro's socialist government accuses foes of seeking a violent coup, while the opposition says he is a dictator repressing peaceful protest. The opposition's main demands are for elections, the release of jailed activists and autonomy for the opposition-led congress.
But protests are also fuelled by the crippling economic crisis in the oil-rich South American nation of 30 million people. "I have an empty stomach because I can't find food," said Jeannette Canozo, a 66-year-old homemaker, who said police used rubber bullets against protesters blocking a Caracas avenue with trash and bathtubs in the early morning.
Demonstrators wore the yellow, blue and red colours of Venezuela's flag, held signs denouncing shortages, inflation and violent crime, and chanted: "This government has fallen!" In the capital, they were seeking to converge from several points to a major highway, where by late morning several hundred people sat, carrying bags of supplies, playing card games, and shielding themselves from the sun with hats and umbrellas.
In western Tachira, at another of the "sit-ins" planned for all of Venezuela's 23 states, some played the board-game Ludo in the street, while others stood around them holding flags. The demonstrations were largely peaceful by midday, but clashes often begin later in the day.
This month's unrest is Venezuela's worst since 2014 when 43 people died in months of mayhem sparked by protests against Maduro, the 54-year-old successor to late leftist leader Hugo Chavez. This year's protests began when the pro-government Supreme Court assumed the powers of the opposition-controlled congress.
The court quickly reversed course, but its widely condemned move still galvanized the opposition. The government's disqualification from public office of two-time presidential candidate Henrique Capriles, who would be an opposition favorite to replace Maduro, gave further impetus to the demonstrations. "I'm staying here until 6pm. We're simply warming up because the day will come that we are all coming to the street until this government goes," said Gladys Avariano, a 62-year-old lawyer, under an umbrella at the Caracas "sit-in."
More than 1,400 people have been arrested this month over the protests, with 636 still detained as of Monday, according to local rights group Penal Forum. Facing exhortations from around the world to allow Venezuelans to vote, Maduro has called for local state elections - delayed from last year - to be held soon. But there is no sign the government will allow the next presidential election, slated for late 2018, to be brought forward as the opposition demands.
Given the country's economic crisis, with millions short of food, pollsters say the ruling Socialist Party would fare badly in any vote at the moment. Trying to keep the pressure on Maduro, the opposition is seeking new strategies, such as a silent protest held on Saturday and Monday's "sit-ins".
While some small demonstrations have been held in poorer and traditionally pro-government areas, most poor Venezuelans are more preoccupied with putting food on the table.