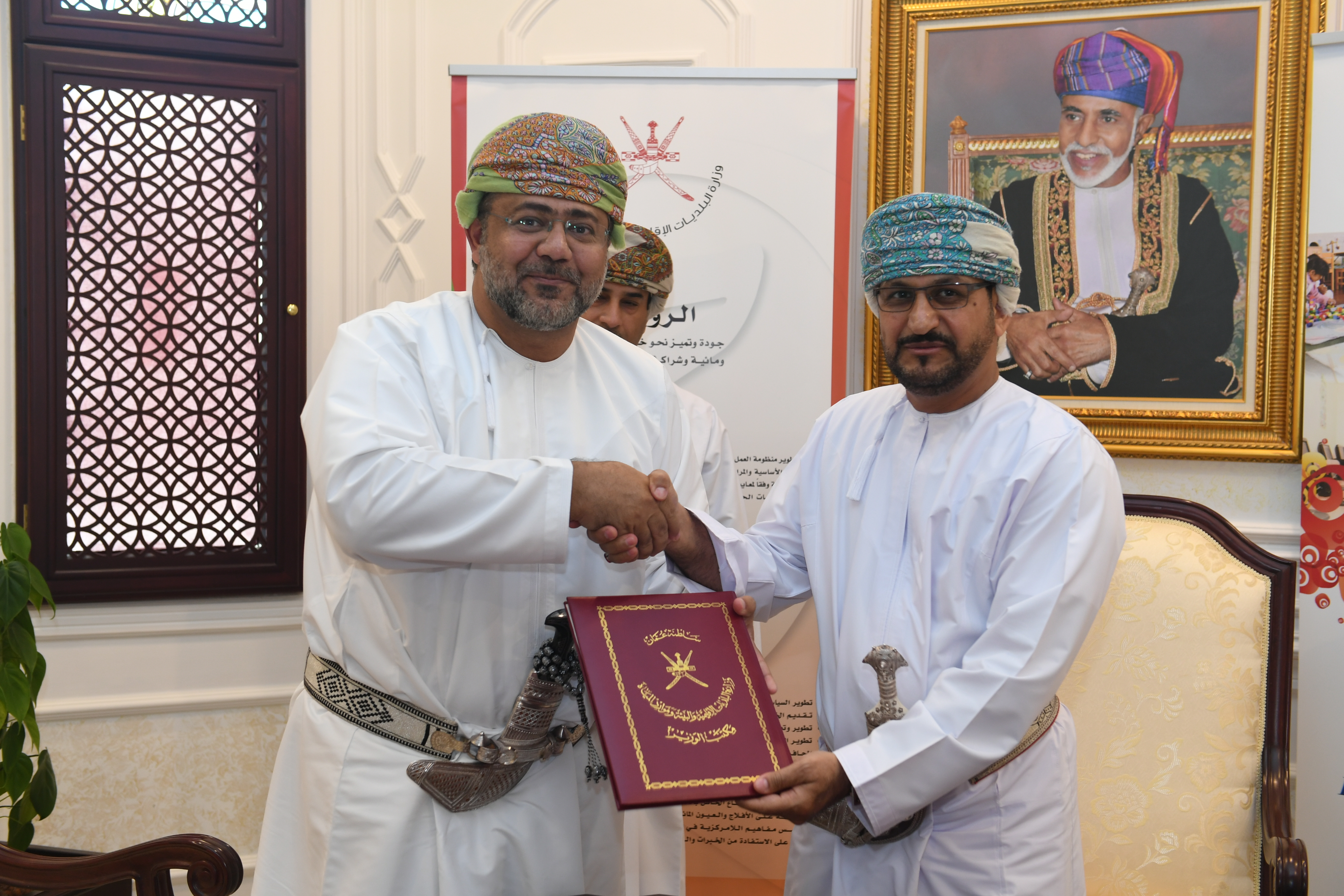 Muscat: Agreements for the financing three development projects in the Wilayat of Sur of South Al Sharqiyah Governorate were signed on Monday by the Ministry of Regional Municipalities and Water Resources.
The agreements worth OMR820,000 were signed with Oman Liquefied Natural Gas (Oman LNG ) Co.
Ahmed bin Abdullah bin Mohammed Al Shahi, Minister of Regional Municipalities and Water Resources signed the agreements on behalf of the Ministry while Khalid bin Abdullah Mohammed, CEO of Oman LNG Co. signed the agreements on behalf of the company.
The first agreement is for beautification works at the fishing harbour at Al Barr area, the second for development of the seafront in Al Aijah area and the third agreement for establishment of three integrated playgrounds.