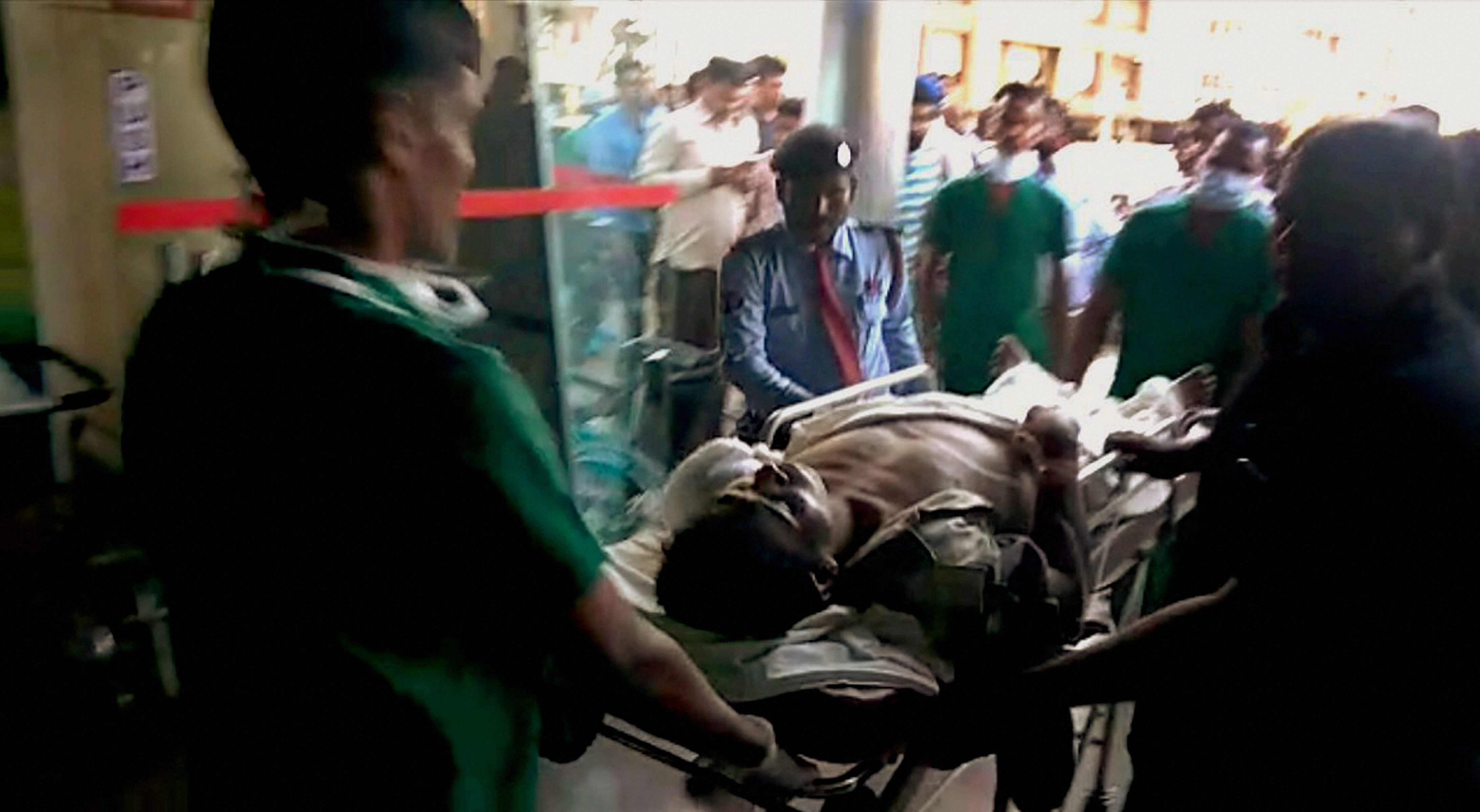 Raipur: At least 26 CRPF personnel were killed and six wounded in Chhattisgarh's Sukma district on Monday, the deadliest attack by Naxalites targeting security forces this year.
The Naxalites mounted the assault around 12:25pm in Kalapathar area of south Bastar region, one of the worst-hit by Left-wing extremism in the country.
The area is close to the Chintagufa-Burkapal-Bheji axis, the hotbed of Naxal violence which has seen a number of such attacks in the past resulting in high casualties.
"As per the latest report, we have lost 26 men. We are still to account for all the personnel and a search is on. About 7-8 boys are still missing. The last word on the encounter will come once the entire area has been searched and all troops contacted," a senior CRPF officer said, adding the paramilitary patrol was about 99 personnel-strong.
The incident occurred near Burkapal village within Chintagufa police station limits, Sukma Additional Superintendent of Police Jitendra Shukla said.
While 11 bodies were recovered first, 12 were found during combing operations. A jawan succumbed to injuries while being evacuated by air, the officer added.
An injured jawan, brought to a hospital here, said the CRPF patrol was attacked by around 300 Maoist guerrillas.
"The Naxals first sent villagers to check our position... I also saw some women Naxals. They were all wearing black uniforms and had sophisticated weapons like the AK series assualt rifles," the unidentified jawan said. He said around 10-12 Naxalites must have got killed in the "befitting" retaliation by the CRPF contingent.
Sourav Malik, another personnel who was injured in the attack, said the patrol came under sudden fire from Maoist rebels.
CRPF officials said the ambush set up by the Naxals was as deadly as the one on March 11 in Bheji area of the same district where 12 personnel lost their lives.
It is understood that the company commander, an Inspector rank officer leading the contingent which was ambushed on Monday, was also killed.
The officer said the CRPF patrol, like in the Bheji incident, was sanitising the area where a road is being laid between Burkapal and Jagargunda, when the assault happened.
The Naxals were believed to have also looted over a dozen weapons of the slain personnel, the officer said.
All the troops belonged to the 74th battalion of the force deployed in the area for anti-Maoist operations.
Union Home Minister Rajnath Singh said he was saddened by the attack and was sending Minister of State Hansraj Ahir to Chhattisgarh to take stock of the situation.
"Extremely pained to know about the killing of CRPF personnel in Sukma. My tributes to the martyrs and condolences to their families."
"Spoke to MoS Home Shri Hansraj Ahir about the attack in Sukma. Shri Ahir is going to Chhattisgarh to take stock of the situation," he tweeted.
The officer added Ahir will be accompanied by Joint Secretary (Naxal management) in the home ministry Praveen Vashisht and acting CRPF Director General Sudeep Lakhtakia.
Chhattisgarh Chief Minister Raman Singh said he was "extremely distressed" over the attack, as he cut short his Delhi visit and rushed to Raipur.
Another MoS in the home ministry Kiren Rijiju said the incident was a "set back and a big tragedy". Reinforcements, including CoBRA commandos of the CRPF and its other units, have been rushed to the scene from the nearest camp of the paramilitary force, the officer added.
The incident comes at a time when the country's largest paramilitary force is without a full-time chief after K. Durga Prasad retired on February 28.
Union Home Secretary Rajiv Mehrishi also reviewed the situation in the aftermath of the attack at his North Block office.