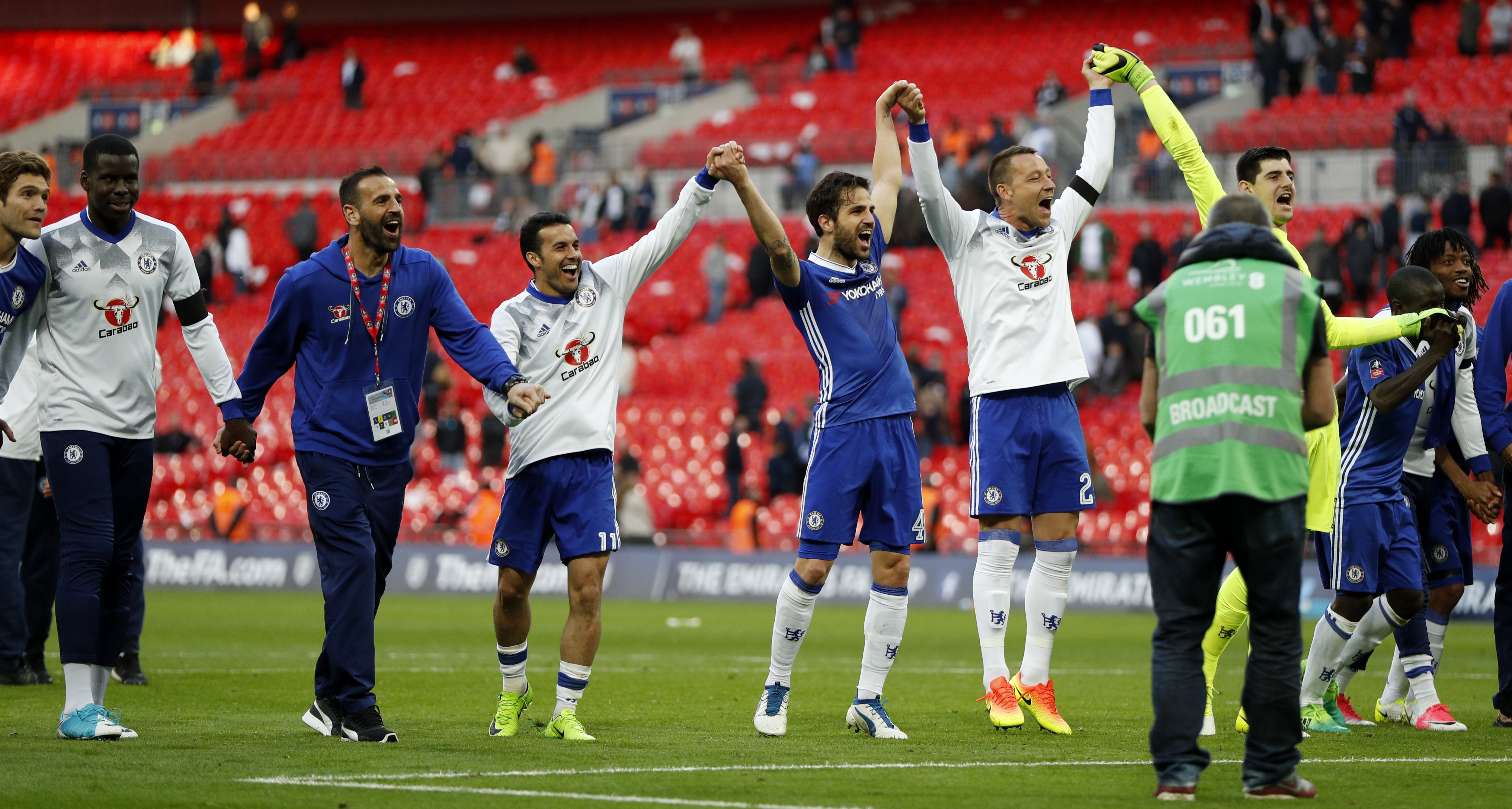 London: Chelsea manager Antonio Conte has said his team is going through a rebuilding phase and the best is yet to come despite reaching the FA Cup final and leading the Premier League title race in his first season at the club.
Chelsea last secured a league and FA Cup double in 2010 under Italian manager Carlo Ancelotti's first season at the club, although Conte dismissed comparisons, saying he had inherited a squad in a difficult period, having finished 10th in the league last season.
With defender Branislav Ivanovic and midfielder John Obi Mikel leaving Stamford Bridge earlier this year and captain John Terry set to leave at the end of the campaign, Conte said his side needs suitable replacements heading into the next season.
"I think that now at Chelsea we are in a period of transition," the 47-year-old Italian boss told reporters following his side's 4-2 win over Tottenham Hotspur in the FA Cup semi-final on Saturday.
"In this season, we have lost Ivanovic, Mikel and next season we lose John Terry. We are talking about players who wrote the history of this club," he said.
"Now we have to find the right substitutes for these players and then work to put these players at the same level," he said.
Conte cited the example of Mauricio Pochettino's Tottenham Hotspur side, who are chasing the league title for the second consecutive season, trailing the league leaders by four points.
"If you compare our team with Tottenham's, (Spurs boss Mauricio) Pochettino has worked for three years. I started to work only seven or eight months ago.
"If we are able to take the right player to improve this squad and to continue to work with these players, we can improve for sure," said Conte.
Chelsea host ninth-placed Southampton in Tuesday's league clash before visiting sixth-placed Everton on Sunday.
They will face London rivals Arsenal in the FA Cup final next month.