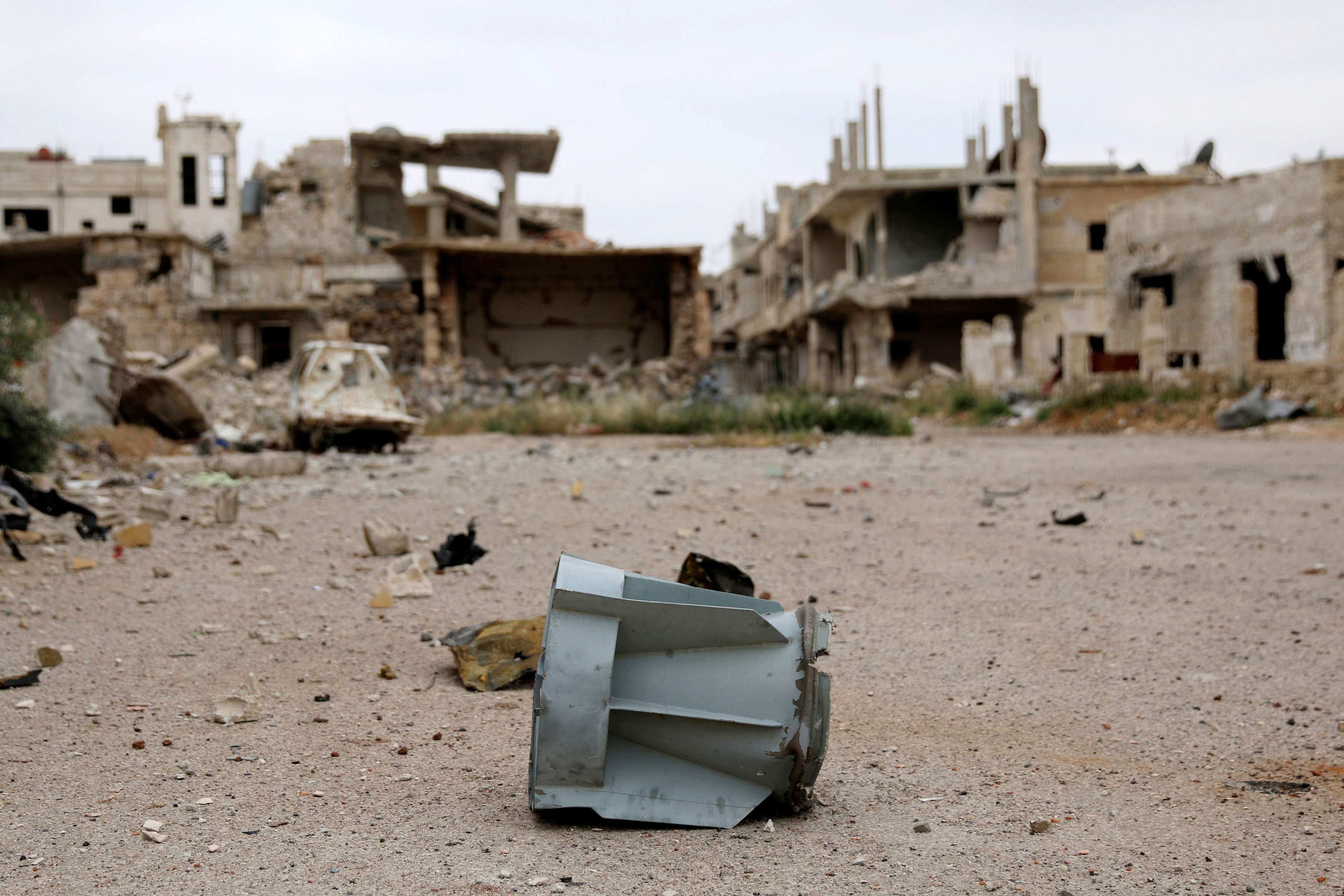 After a series of foreign-policy U-turns, there is now talk of a “new” Donald Trump who is far more inclined to use military power than the Trump we saw during the 2016 U.S. presidential campaign. That earlier Trump seemed to regard any use of U.S. military force in Syria as pointless and dangerous, and called for the United States to ensconce itself behind new walls.
Now, suddenly, the Trump administration has launched a missile attack on one of Syrian President Bashar Al Assad’s air bases, hinted at taking military action against North Korea, and dropped the “mother of all bombs” on an IS redoubt in Eastern Afghanistan. All of this was accompanied by tweets from the president himself, declaring that the U.S. will pursue its own solutions to key issues if other countries do not offer to help.
The international community – including China – seemed to understand why the U.S. would strike the Syrian air base from which a hideous chemical-weapons attack was launched. But the Trump administration is still following an “America first” agenda. Having awoken to global realities, the administration is now adjusting its policies, sometimes so abruptly that one might reasonably worry that diplomacy is taking a backseat to bombs and tweets.
That concern is reinforced by the dramatic cuts to the U.S. State Department budget, and to U.S. funding for the United Nations, that Trump has proposed. At the same time, many key positions in the U.S. diplomatic apparatus remain unfilled. Even America’s friends recognise that this is a dangerous trajectory. Bombs can only destroy. To build lasting peace requires compromise and coalition building – in a word, diplomacy.
There are many conflicts around the world, starting with Syria, that will only become harder to solve without U.S. diplomatic attention. The UN-sponsored talks to end the civil war have gone nowhere partly because no one knows where the U.S. under Trump stands. Faced with this leadership vacuum, other countries are hedging their bets and looking after their own narrow interests.
Another issue that demands diplomacy is North Korea, which is developing nuclear weapons and the intercontinental ballistic weapons needed to deliver them. So far, Trump has tried to pressure China to find a solution, by threatening to take dramatic unilateral action if the Chinese fail to rein in their client. But whether the Trump administration actually has any specific strategy with respect to North Korea, or the means to realise it, remains unclear.
Beyond North Korea, the UN recently warned that the ongoing conflict in Yemen, which rarely makes headlines, is “rapidly pushing the country toward social, economic, and institutional collapse.” The humanitarian situation is already dire for 60 per cent of Yemen’s 30 million inhabitants: an estimated seven million people could be close to famine; and almost 500,000 children are at risk of severe malnutrition.
The war between Yemeni President Abdrabbuh Mansour Hadi’s Saudi-backed government and former Yemeni President Ali Abdullah Saleh’s Houthi coalition has been raging for years, with no military breakthrough in sight. Former U.S. president Barack Obama’s administration made repeated but futile efforts to broker a ceasefire; but it also reluctantly supported Saudi Arabia’s air campaign. Trump appears set to provide such support far more eagerly.
One simplistic explanation for the Yemen conflict is that it was engineered by Iran. According to this view, U.S. and Saudi intervention is meant to stymie the Islamic Republic’s geopolitical ambitions. And now that Trump has tacitly accepted the Iran nuclear deal, some of his advisers believe that it is necessary to apply pressure on Iran from elsewhere. As a result, U.S. raids and sorties in Yemen have become more frequent in recent months.
But, in reality, Iran’s support for the Houthis is often exaggerated. And Iran, for its part, probably welcomes a scenario in which the U.S. and Saudi Arabia are bogged down in the Yemen quagmire.
Another possible justification for U.S. engagement in Yemen is that Al Qaeda in the Arabian Peninsula has found a foothold there. But AQAP thrives in an environment of destruction and despair, so there is little that can be done about the group so long as Yemen is being ripped apart by war.
Even as the UN issues stark warnings about an impending catastrophe in Yemen, the Saudi-led coalition is preparing an offensive to capture the coastline around the port of Hodeida – a move that the International Crisis Group has warned would aggravate Yemen’s humanitarian crisis.
Rather than stepping up the fight, the U.S. should be pursuing further diplomacy and humanitarian-aid efforts. Indeed, the latter go hand in hand with the former. And, after all, it was Hadi and the Saudis who rejected the UN’s last attempt to broker a ceasefire.
To resolve the conflict, the rebels and the government need to re-engage immediately with the UN Special Envoy for Yemen, who has furnished a roadmap for talks. In addition, the UN Security Council should do its part to support a political solution, by adopting a long-overdue resolution demanding that both sides agree to an immediate ceasefire, grant access to humanitarian aid, and return to the negotiating table.
Diplomacy will require that all parties compromise. No one has anything to gain from further escalation. If Yemen’s humanitarian catastrophe leads to a total collapse, millions of desperate people might flee the country, enabling AQAP and other extremist organisations to profit from disorder and despair.
America’s re-engagement with the world should be welcomed, but not if the Trump administration continues to view conflicts solely through a military lens. Yes, fighting is sometimes necessary; but diplomacy always is. Nowhere is this more obvious than in places like Yemen. The complete collapse of yet another country is the last thing the world – including Trump – needs. - Project Syndicate