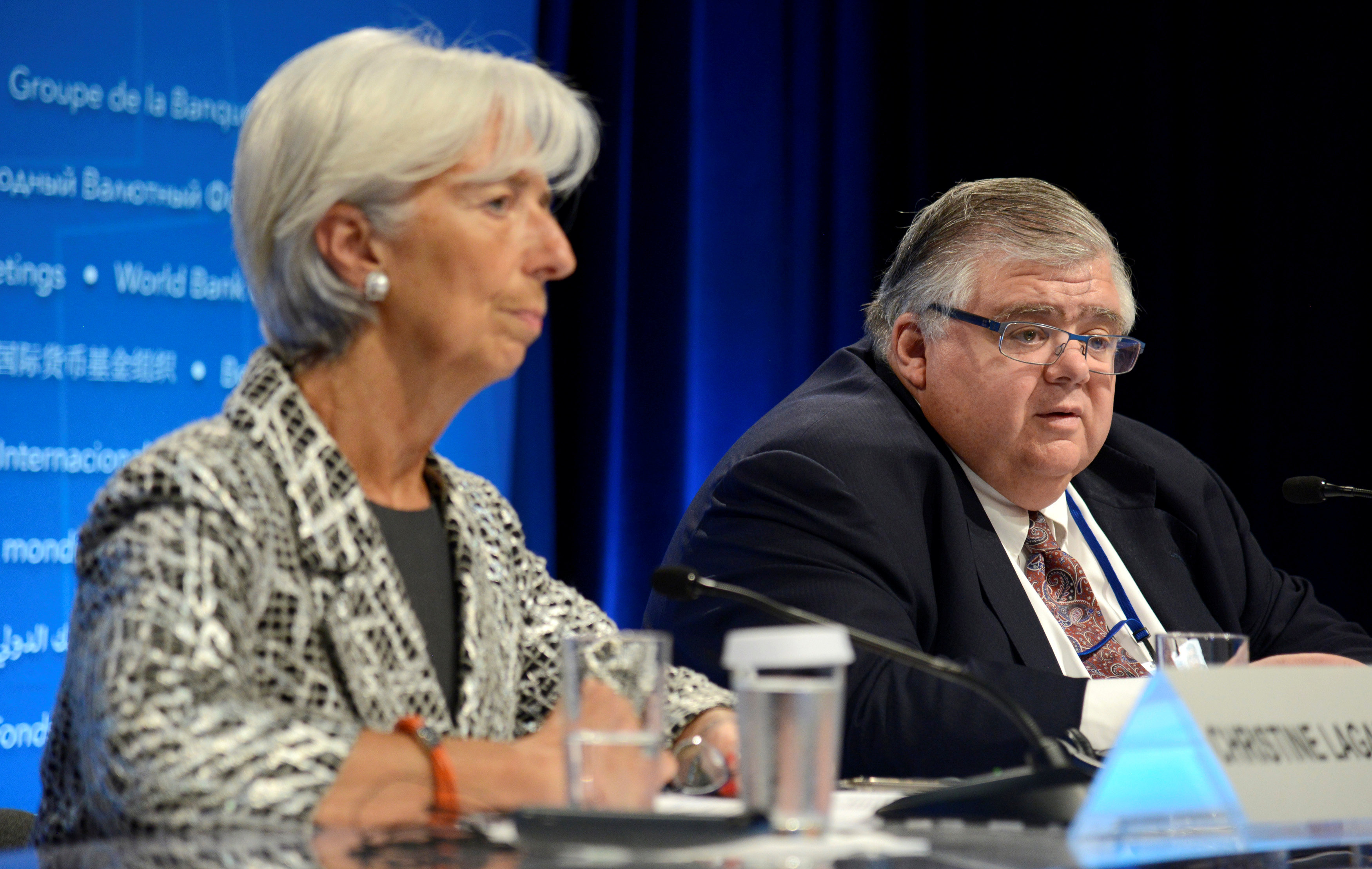 Washington: The International Monetary Fund (IMF) has dropped its last year's pledge to fight protectionism after the meetings of finance ministers and central bank governors from its member countries.
The threat of protectionism was explicitly mentioned in the previous annual meeting of International Monetary Fund (IMF) in October. In its joint communique, the IMF member countries said they will refrain from competitive devaluations and will not target exchange rates for competitive purposes.
"We will also work together to reduce excessive global imbalances by pursuing appropriate policies. We are working to strengthen the contribution of trade to our economies," the communique said.
Top IMF officials defended the decision and denied that this move was under pressure from advanced economies, in particular from countries like the US where the new Trump Administration has been articulating policies favouring protectionism.
"What we tried to do in this type of meeting is strike a positive, constructive balance. And the use of the word protectionism is very ambiguous," Mexican central bank chief Agustin Carstens, Chairman of IMF steering committee, told reporters at a news conference.
"And, therefore, in different sections of the communique, the issue of the contribution of trade to growth, the issue of promoting a level playing field in international trade, was mentioned. So, it depends, is the glass half full or half empty?" he explained.
"What we tried to do is basically focus on what we can leave, and actually what our final goal is. Our final goal is, yes, to take advantage of trade. Nobody denies that. And, I think everybody is in line that we need free and fair trade, and I think that is what is really reflected in the communique,” Carstens said.
In March the G-20 meetings had also left the world protectionism from their joint communique.
Carstens said protectionism was a relative term.
"It is certainly a relative term. There is no country in the world that doesn't have any sort of provision or restriction on trade. So, instead of dwelling on what that concept means, we manage to sort of put it in, I would say, a more positive and more constructive framework," he told reporters at a news conference here.
"The membership agreed to counsel against inward-looking policies, and stressed that we should work to strengthen the contribution of trade to our economies. This was a very strong consensus, and I think that is, I would say, a more positive or constructive way to address issues that at the end of the day have to do with free and also fair trade," he said.
IMF Managing Director Christine Lagarde said at a time when growth was picking up, where there is that momentum, and to avoid the syndrome of the green shoots turning brown, there is a recognition that they need to secure what has been conducive to growth, and what has served the international community over the last few decades.
"But, if anything, I'm encouraged for the IMF to be as specific as possible, to secure that. So when we are asked by the whole community to continue working hard on the ESR, for instance, and when we expect that there will be a clear focus on that, I think that is exactly where we should be expecting from the membership as well, that it be taken seriously,” Lagarde said.