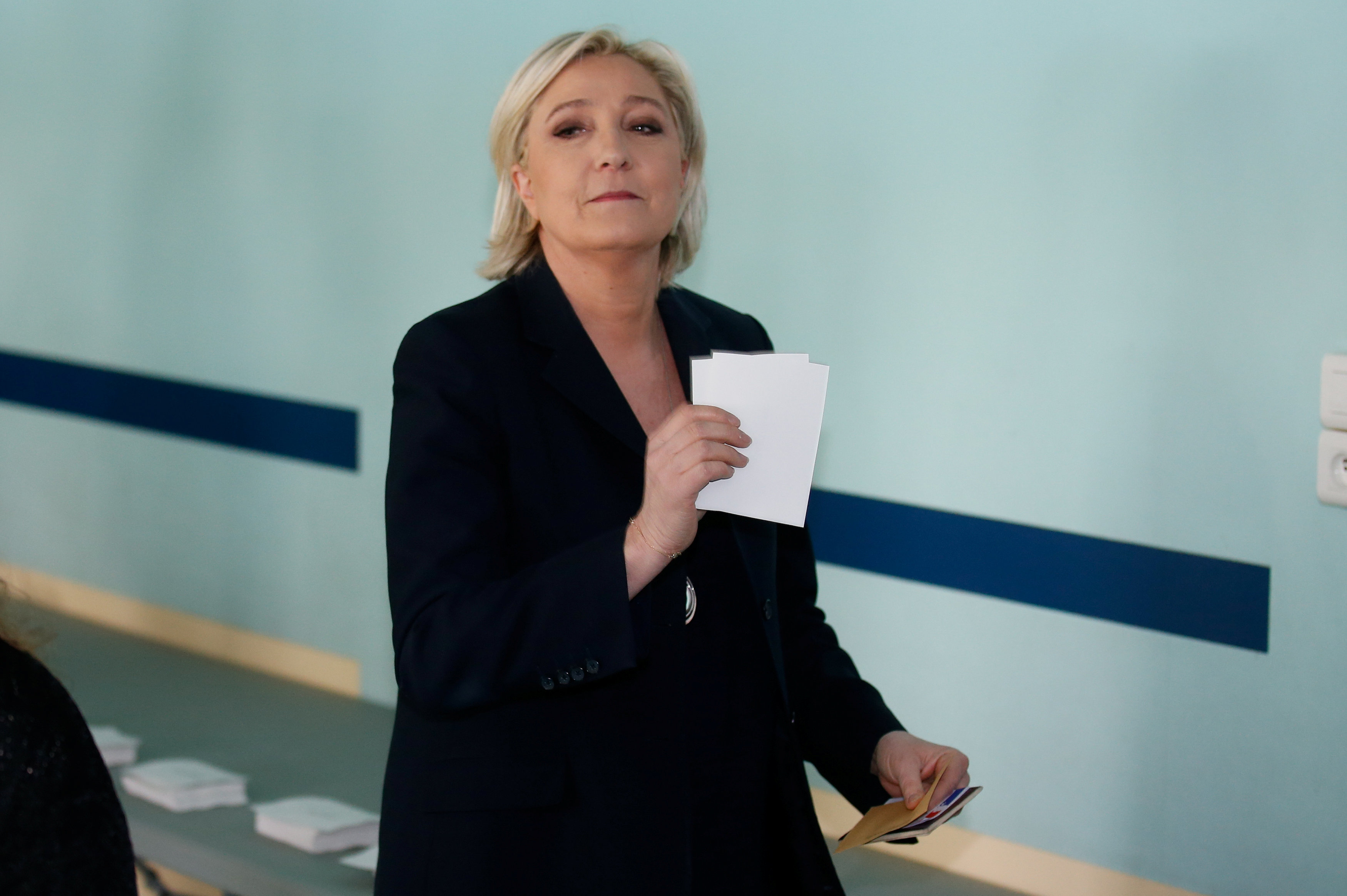 Paris: Centrist Emmanuel Macron and far-right leader Marine Le Pen are set to face each other in a May 7 runoff for the French presidency after coming first and second in Sunday's first round of voting, early projections indicated.
In a race that was too close to call up to the last minute, Macron, a pro-European Union ex-banker and economy minister who founded his own party only a year ago, was projected to get 24 per cent by the pollster Harris and 23.7 percent by Elabe.
Le Pen, leader of the anti-immigration and anti-EU National Front, was given 22 per cent by both institutes.
Harris gave both conservative candidate Francois Fillon percent and far-left contender Jean-Luc Melenchon 20 per cent, which would mean their elimination from the race.
Fillon had consistently been polling third in surveys leading up to the election. French senator and key Fillon supporter Roger Karoutchi told reporters: "The first indications are not good."
The result, if confirmed, will mean a face-off between politicians with radically contrasting economic visions for a country whose economy lags that of its neighbours and where a quarter of young people are unemployed.
Though Macron, 39, is a comparative political novice who has never held elected office, opinion polls in the run-up to the ballot have consistently seen him winning the final clash against the 48-year-old Le Pen easily.
That in turn reduces the prospect of an anti-establishment shock on the scale of Britain's vote last June to quit the EU and the election of Donald Trump as U.S. president.
Macron favours gradual deregulation measures that will be welcomed by global financial markets, while Le Pen wants to ditch the euro currency and possibly pull out of the EU.
Whatever the outcome on May 7, it will mean a redrawing of France's political landscape, which has been dominated for 60 years by mainstream groupings from the centre-left and centre-right, both of whose candidates faded.
The final outcome on May 7 will influence France's standing in Europe and the world as a nuclear-armed, veto-wielding member of the U.N. Security Council and founding member of the organisation that transformed itself into the European Union.