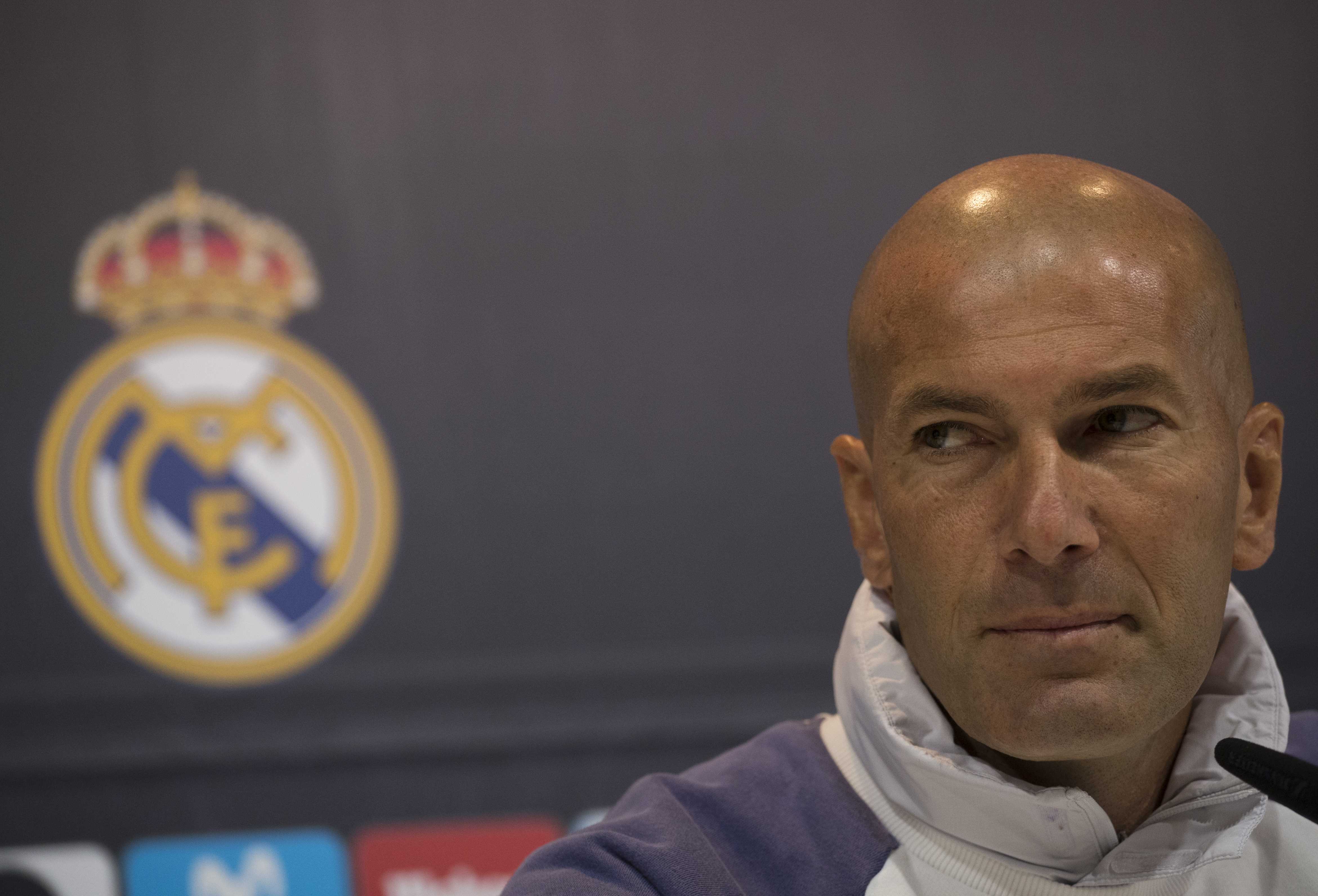 Madrid: Real Madrid coach Zinedine Zidane has dismissed suggestions that Sunday's crucial clash against great rivals Barcelona will decide the Spanish title race.
Real currently sit top of La Liga, three points ahead of the Catalans with a game in hand, and victory at their Bernabeu stadium would be a huge step towards a first league title since 2012.
Zidane, however, is refusing to look that far ahead and claimed it would not have that big an impact on who goes on to become champions.
"Tomorrow’s game is one you need to fight in and work hard for. We’re not favourites. People could think that maybe we are -- or they are. We’re playing against a great side,” he said.
"It won’t be decisive in the title race. We have seven games left this season in the league. We’re going game to game -- they’re all important. We have a big one tomorrow, and we’re focused on that but it won’t be decisive in terms of who wins the title.”
Zidane confirmed that winger Gareth Bale would be included in the squad but would not say whether the Welshman was fit enough to start or if he would be named among the substitutes.
All eyes will be on Bale’s team mate Cristiano Ronaldo after his midweek heroics in the Champions League and the Real coach was effusive in his praise of the Portuguese.
"We always talk about Cristiano in big games and he showed it the other night. The energy he gives this team is so positive and amazing," he said.
"Tomorrow is a great game. A massive game, everybody knows that. Everybody will be watching and I’ll be another spectator, too. My team will be the main act and hopefully will put on a great show.”