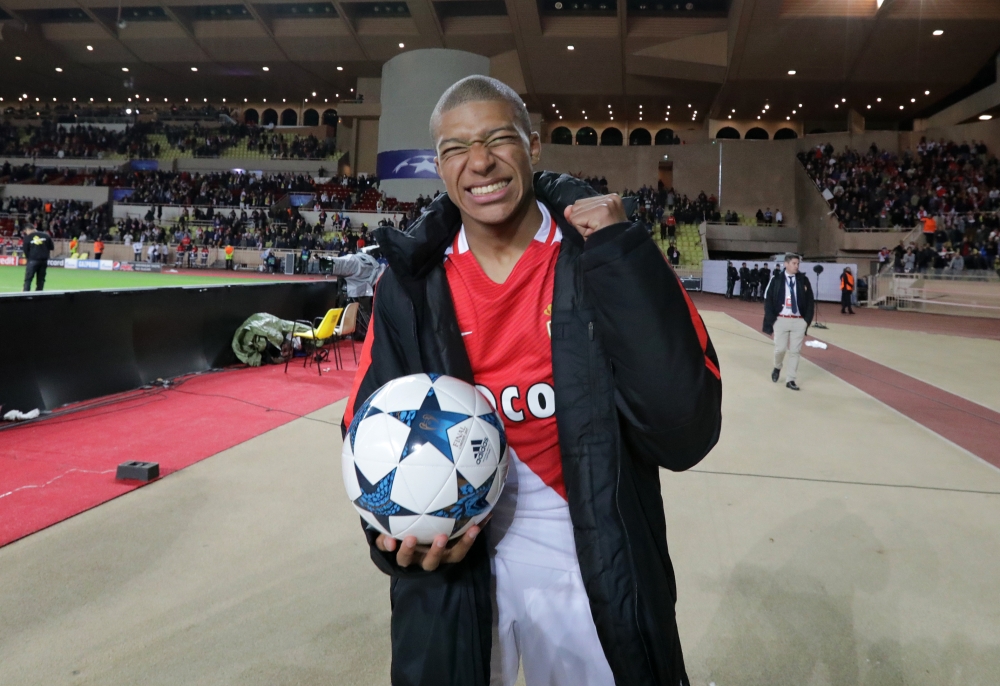 Paris: French prodigy Kylian Mbappe continued his spectacular rise in European soccer, shattering records and firing a free-scoring Monaco to the semi-finals of the Champions League on Wednesday.
The principality side beat Borussia Dortmund 3-1 for a 6-3 aggregate win with the 18-year-old netting three times over both legs as Monaco joined Juventus, Real Madrid and Atletico Madrid in the last four.
Mbappe became the youngest player to net five Champions League goals, the first to score in each of his first four games in Europe's premium club competition, and also the youngest to find the back of the net in both legs of a quarter-final tie.
A pacy forward with impressive temperament, Mbappe is the perfect weapon for Monaco, who have emerged as a formidable counter-attacking team.
Mbappe, who has now scored 16 goals in his last 16 competitive outings, is the most efficient striker in Europe in terms of goals scored per minute, ahead of Barcelona's Lionel Messi.
He has naturally attracted interests from Real Madrid and Manchester United even though Mbappe has been keeping his feet on the ground.
"After every achievement we have managed to stay focused and get back to work, that's our strength," he said after Wednesday's win.
"There are two or three things we can still improve on -- there are for example some moments when we are too passive so we concede chances."
Mbappe struggled a bit in the second half, which suggested he still needed to toughen up physically.
"He puts a lot of intensity in his every move so it is normal that he gets tired," former France and Barcelona winger Ludovic Giuly told French sports daily L'Equipe.
"He won't be able to play all the games at this level. But he is so fast that sometimes he finds himself on his own even if he proved he can also play for his team mates," added the 40-year-old who was a member of the Monaco team who reached the Champions League final in 2004.
The draw for the semi-finals will be made on Friday.