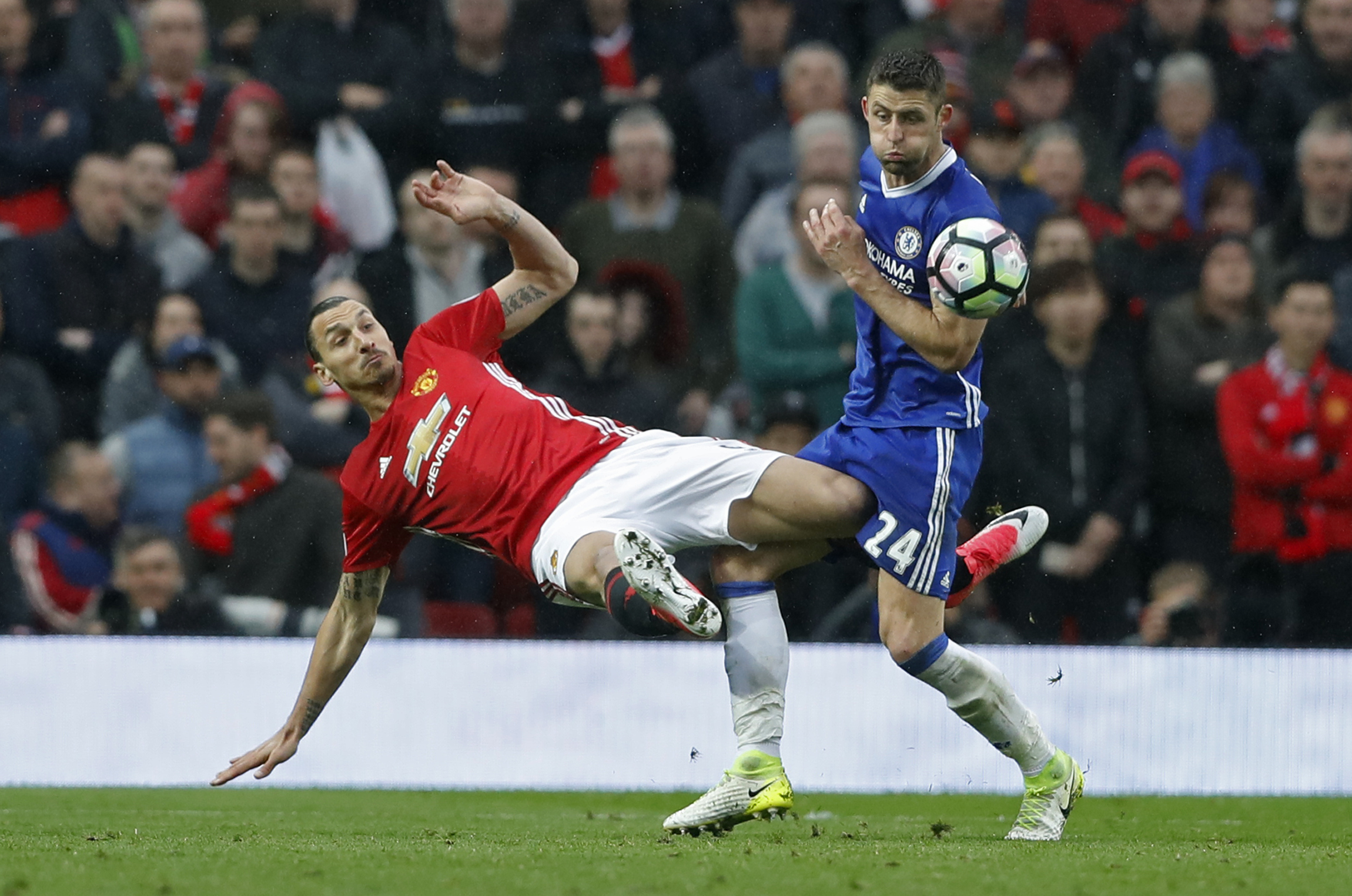 London: Chelsea's loss at Manchester United on Sunday has given them a much-needed wake-up call and they are "more than capable of" winning the Premier League title ahead of a rampaging Tottenham Hotspur, defender Gary Cahill said.
Chelsea's two losses in their last four league games have cut the league leaders' advantage at the top to four points while second-placed Tottenham have won seven consecutive league games.
"That defeat has given us all a kick up the backside," Cahill told Standard Sport.
"We know the league is not over, that it will be difficult, but we know we are more than capable of doing it. I certainly think we can win our last six league games. We can't let things get too twisted."
Chelsea face Tottenham in Saturday's FA Cup semi-final at Wembley with Tottenham having won just once in their last eight trips to the stadium.
"Saturday will have nothing to do with the league... It is purely a Cup game," Cahill said.
"Regardless of the opposition, we want to win it. We want to win the match because we want to pick up the FA Cup, it's one of our goals. Anything else is irrelevant in my eyes."
Cahill said that Chelsea had to keep calm and put in the work to get results in their remaining fixtures.
"There are two aspects to the current situation and what we do. The first is a positive: we are still in a great position and have six games left to play. The negative is: no one will give us this league," Cahill said.
"We are not going to get the trophy just because we have done well for the majority of the season... We need to work hard in training and go again. But we must also remember we are still in a strong position."