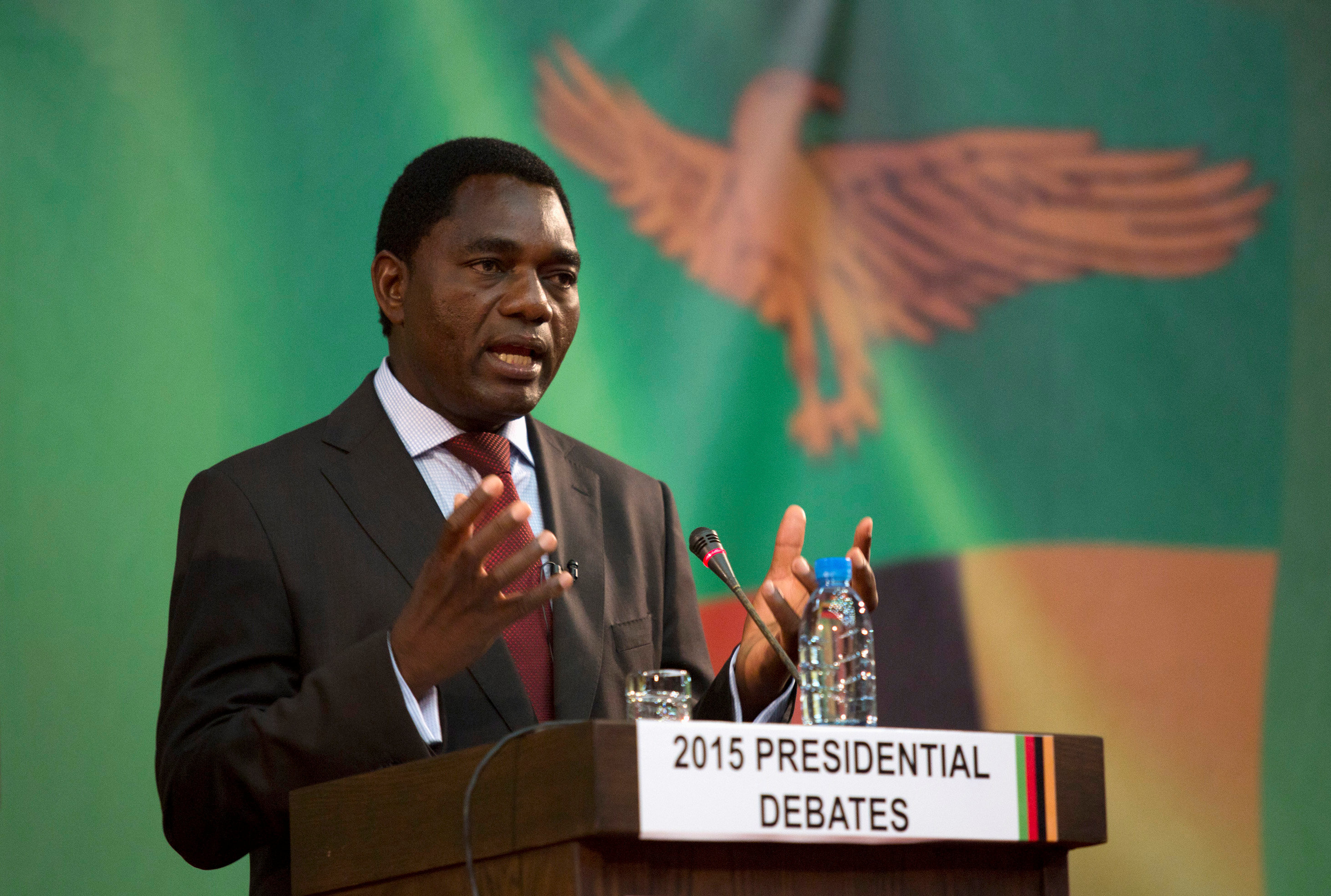 Lusaka: Zambia opposition leader Hakainde Hichilema, arrested last week on suspicion of treason, was charged in court on Tuesday with trying to overthrow the government.
Hichilema's arrest has already raised political tension in Zambia and the new development is likely to worsen the situation. Relations between the government and opposition have been tense since last August, when President Edgar Lungu's Patriotic Front (PF) party beat Hichilema's United Party for National Development (UPND) in a vote the opposition says was rigged.
Police raided Hichilema's house last Tuesday to arrest him and he was initially charged with treason for obstrcuting Lungu's motorcade. In a court appearance on Tuesday, he was charged with treason on the grounds that he "together with other persons did prepare or endevoured to overthrow by unlawful means the government" between October 10 last year and April 8 this year.
The charge in the motorcade incident was changed to disobeying instructions from a police officer by failing to give way to a presidential motorcade and using insulting language. The court also directed that Hichilema should be allowed visits by his children and at least five other family members following an application by his defence lawyers, who said he was only allowed to see his wife.
Dressed in a red coat and khaki shirt, Hichilema waved his party symbol to supporters in court and stood throughout the deliberations despite the magistrate asking the accused to take their seats. The two men are old rivals. Lungu has beaten Hichilema, an economist and wealthy businessman who goes by "HH", narrowly in two presidential elections, including the one last year by a razor-thin margin.