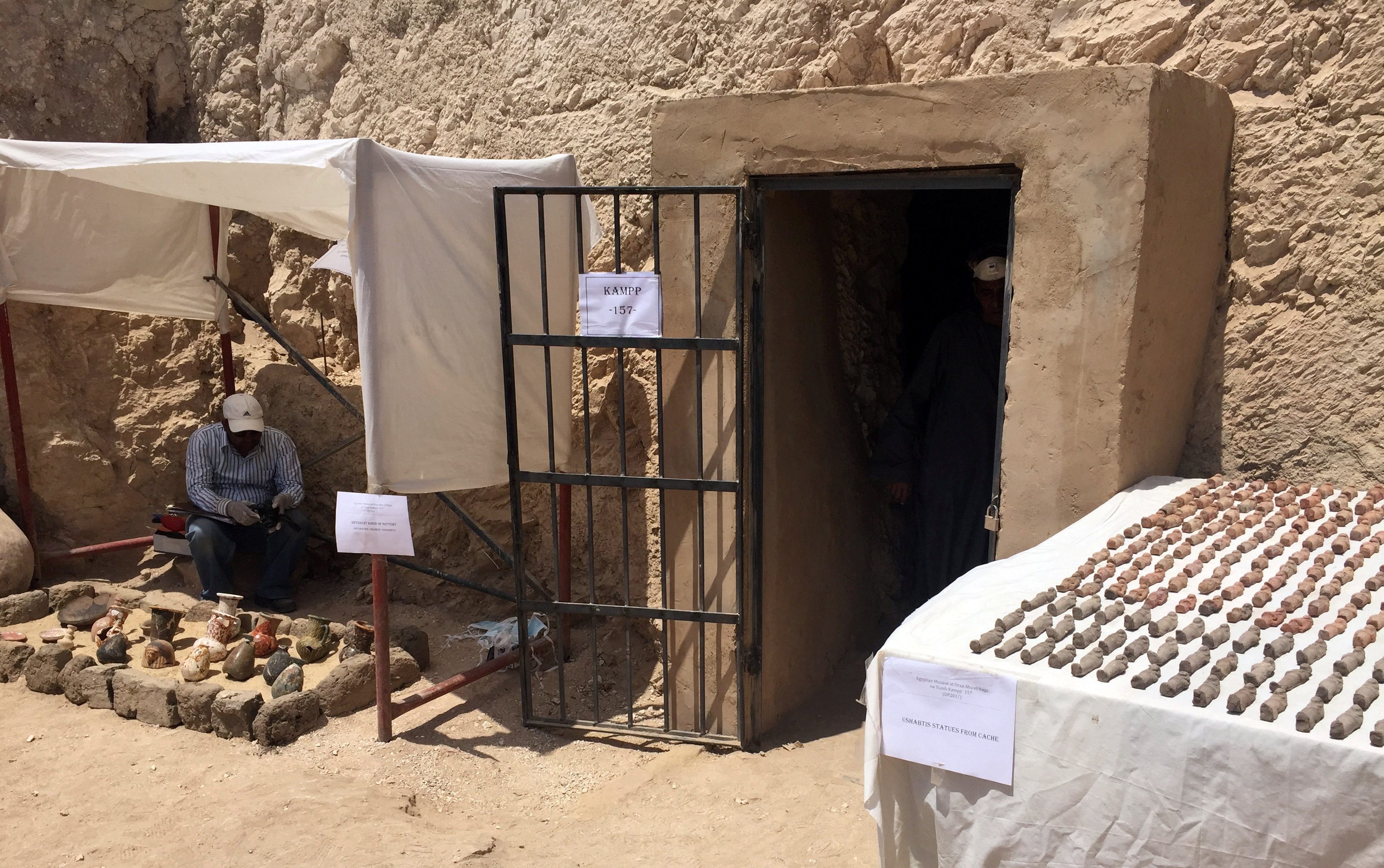 Luxor(Egypt): Egyptian archaeologists have unearthed the tomb of a nobleman from more than 3,000 years ago, the latest in a series of major discoveries of ancient relics that Egypt hopes will revive a tourist business that has been hit by political instability.
The find near the Nile city of Luxor, is the tomb of Userhat, a judge from the New Kingdom. It consists of an open court leading into a rectangular hall, a corridor and inner chamber, the Ministry of Antiquities said on Tuesday.
In one of the rooms in the tomb, archaeologists found a collection of figurines, wooden masks and a handle of a sarcophagus lid. Excavation is continuing in a second chamber. Earlier this year, Swedish archaeologists discovered 12 ancient Egyptian cemeteries near the southern city of Aswan that date back almost 3,500 years.
In March, Egypt unearthed an eight-metre statue in a Cairo slum that is believed to be King Psammetich 1, who ruled from 664 to 610 BC.
Hisham El Demery, chief of Egypt's Tourism Development Authority, said tourism was picking up and discoveries like the one at Luxor would encourage the sector. "These discoveries are positive news from Egypt's tourism industry, which is something we all really need," he said. Tourism in Egypt has suffered in the aftermath of the mass protests that toppled former president Hosni Mubarak in 2011. Militant bomb attacks have also deterred foreign visitors.