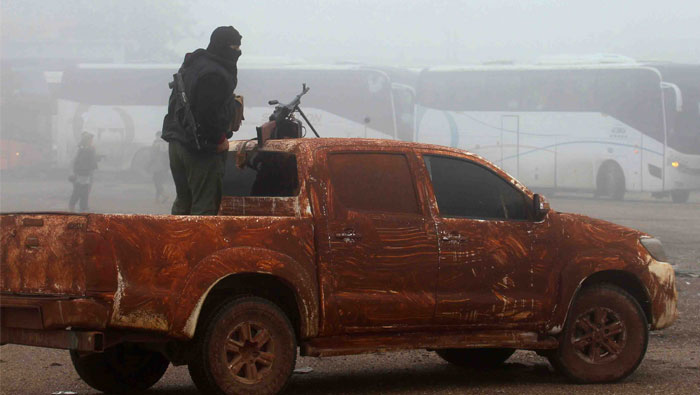 Beirut: A war monitor said air strikes, thought to be by planes from a U.S.-led military coalition, killed at least 23 people in two parts of the eastern Syrian province of Deir Al Zor on Monday.
There was no immediate comment from the coalition which has said it tries to avoid civilian deaths in its bombing campaigns against IS militants in Syria and neighbouring Iraq.
Jets "believed to belong to the international coalition" struck the town of Al Bukamal in the south of the province near the Iraqi border, killing three militants and 13 civilians including children, the Syrian Observatory for Human Rights said on Tuesday.
The Britain-based war monitoring group said air strikes also killed seven civilians in the town of Al Husainiyah further north along the Euphrates river.
IS militants control most of Deir Al Zor province, which links territory they hold in Syria and Iraq, and parts of the provincial capital, which has the same name.
The Syrian government still controls some parts of Deir Al Zor city, including a nearby military air base, where IS has besieged about 200,000 people lacking food and medicine for around two years.
Syrian government forces and their allies, backed by Russian air power, have been fighting back against IS assaults in the area.