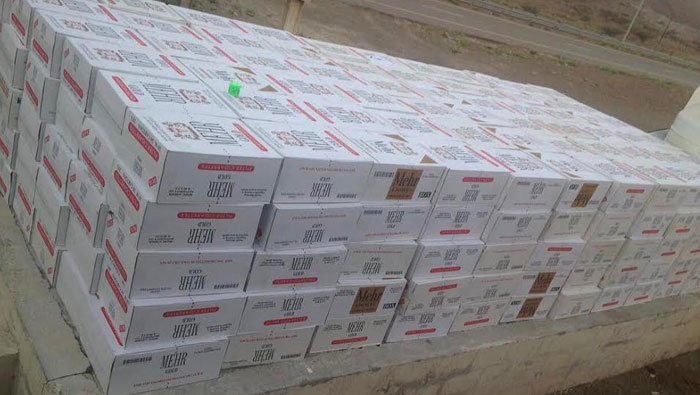 Muscat: More than 800 boxes of cigarettes were found in a truck in a smuggling attempt, the police announced on Tuesday.

The Royal Oman Police foiled the smuggling attempt of an Asian national, driving a truck and trailer vehicle, according to an online statement.

The truck held more than 800 boxes of cigarettes, as as well as 300 boxes of chewing tobacco, which weighed about 6,200 kg.

The smuggled boxes were hidden by other goods that the truck was transporting.