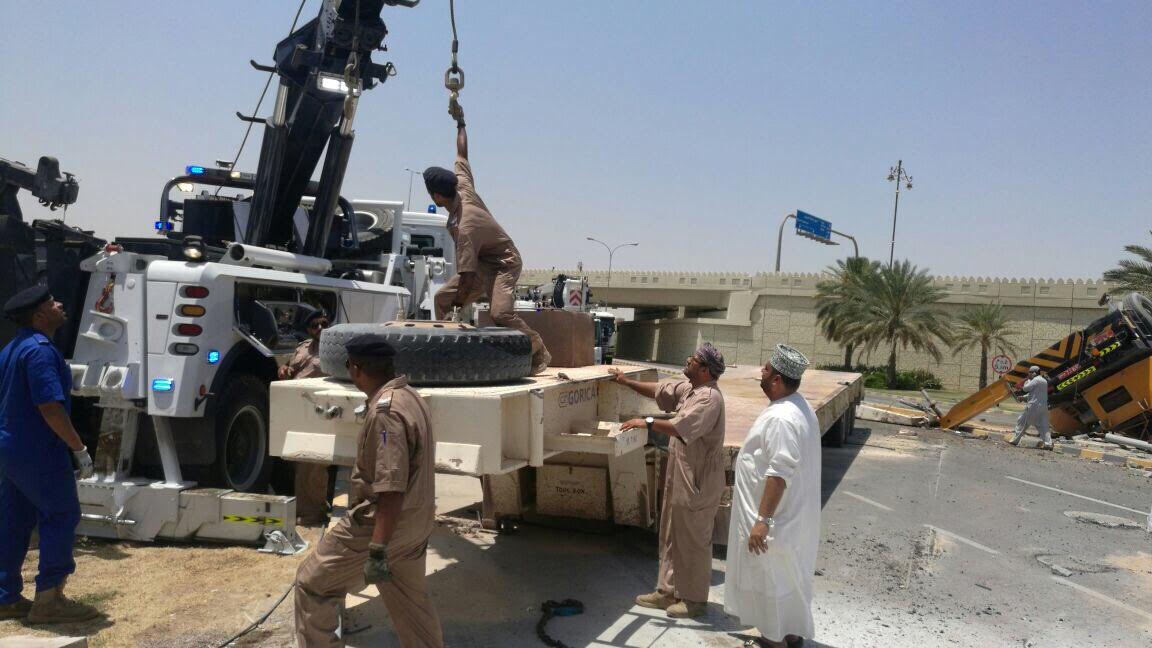 Muscat: A large trailer overturned near the airport exit yesterday, causing road blocks and delays for motorists driving to and from the area.
Taking place sometime after 11am, the accident happened right opposite the Muscat International Airport and all roads leading to the area were blocked. Even hours later, the Royal Oman Police’s (ROP’s) cranes were trying to lift the trailer.
Officials from ROP were positioned all over the area to make sure that people stayed away, and that no one got hurt in the process.
According to a source, the driver lost control over the vehicle after which it rolled over. The source added that the driver received minor injuries and that no one else was injured in the incident.
ROP had also warned of traffic congestion on the service road next to the Sultan Qaboos Street, due to a truck wreck, which required two heavy cranes to be moved.