Research on to reverse climate change in Oman 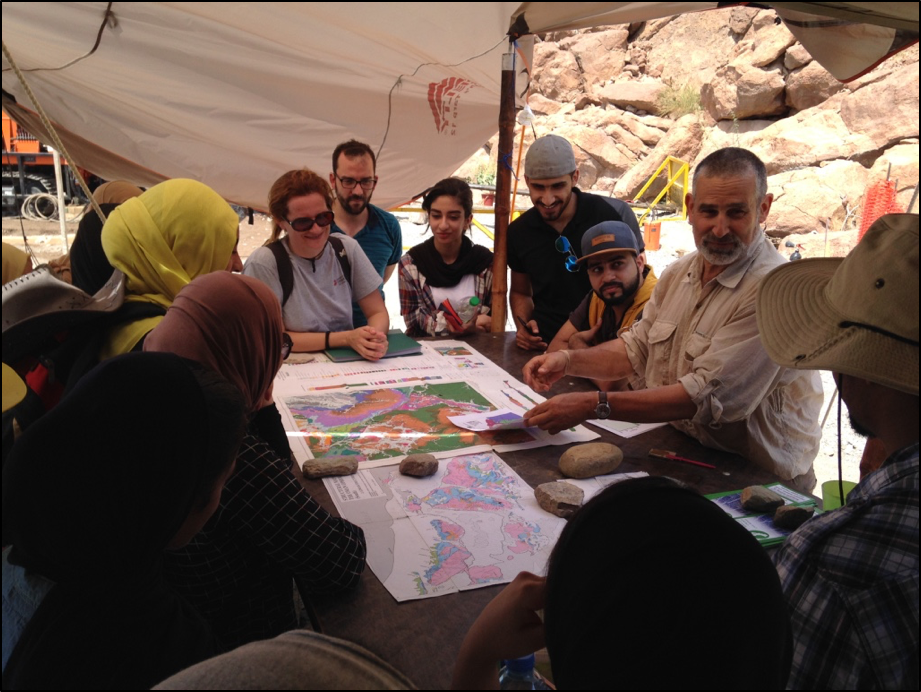 Muscat: A NASA-funded research is underway in Oman’s deep mountain valleys to uncover a global solution to reverse climate change.
Oman boasts the largest exposed sections of the Earth’s mantle (core), thrust up by plate tectonics millions of years ago. The mantle contains peridotite, a rock that reacts with the carbon in air and water to form marble and limestone. “Oman is the centre of the geological universe,” said Professor Peter Kelemen, in a simple introductory answer to the question, “Why Oman?”
Professor Kelemen, a geochemist and professor at Columbia University’s Lamont-Doherty Earth Observatory, spoke to the Times of Oman regarding his decades-long research in Oman.
“My first visit to Oman was incredibly memorable. I came in 1990, and it was one of the first scientific conferences in the region. Ever since then, I’ve had extensive curiosity about Oman, and after a few years I started coming in January every year to research historic geological sites.”
Professor Kelemen did not start research regarding Oman’s upper mantle area until the 2000s.
“In 2007, I came with a field trip group. This was when research was starting out regarding this active chemical process that these subsurface rocks are presenting.”
“We realised after carbon dating the rocks that age-wise they’ve formed more recently than averagely expected. They were almost four times younger than the average carbon rock. If you notice the rock cuttings on the roads that snake through mountains, you can see the white veins there too.”
“Essentially, I had decided that working on historic aspects of geology is great, but these were processes that occurred millions of years ago. Instead, this process we discovered is active, and we can sample the water going in and coming out, how it’s been reacting.” Dr. Kelemen and colleagues from around the world came together to form a consortium of scientists that would start the Oman Drilling Project, which is a 140-person-project today, representing 28 different countries.
“Since 2014, we’ve had biologists who are interested in sub-surface ecosystems, and we’ve had scientists and students from Japan, the U.K., the U.S., Europe, and even Omanis working to explore this amazing process and space.”
Dr Kelemen and his colleagues hope to analyse the means with which the mantle rids the air from carbon by reacting with it.
“Essentially, a scum (layer) of white carbonate keeps forming on this exposed mantle area. When you scratch off this thin layer, it’ll grow back in a day. This was a supersonic reaction to witness, as a geologist,” Professor Kelemen said.
The $3.5 million project hopes that studying this natural process may aid in efforts to reduce the earth’s carbon-laden atmosphere.
The project has received funding from across the globe, including from the Unites States’ National Aeronautics and Space Administration (NASA), the National Science Foundation, the International Continental Drilling Programme, the Japan Society for the Promotion of Science, and the European Research Council, among others.
From Oman’s side, the Sultan Qaboos University, the Ministry of Regional Municipalities and Water Resources, and the Public Authority for Mining have been offering both academic support, as well as necessary equipment to the team.
Professor Keleman’s team recently spent four months extracting samples from the mantle, which they hope to use to construct a geological history of the process that turns carbon dioxide into carbonate.
The core samples have been sent to Chikyu, a research centre in Japan, to be analysed. The Oman Drilling Project will resume their research following the summer months in November of this year. Professor Kelemen said should the research bring good results, a drilling operation could cycle carbon-rich water to submerged rocks, and possibly rid the air of carbon dioxide.
“Just like in Oman’s mountains, the submerged rock would chemically absorb carbon from the water. The water could then be cycled back to the surface to absorb more carbon dioxide from the atmosphere. However, that would be following years of rigorous testing, but hopefully this project, and this discovery retains support,” he said.
“I’ve been to Oman 23 times over the years. This project at least has given me the most diverse interaction with different people, and has definitely revealed a new dimension of Oman to me.”