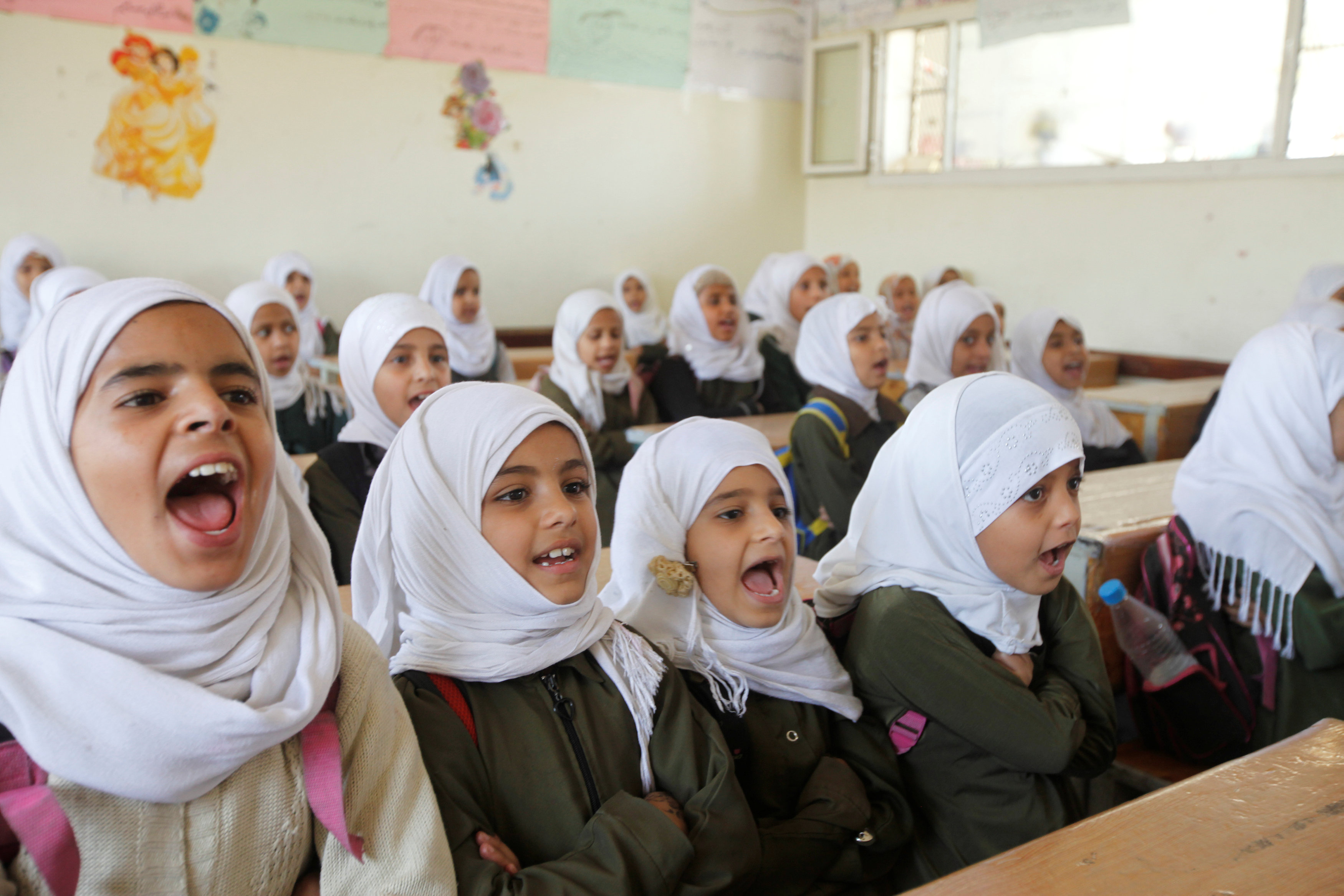 Sanaa: Two years of war may deprive a generation of Yemeni children of an education, the U.N. warned this month, putting them at greater risk of being married off or recruited as child soldiers for a conflict which has killed at least 10,000 people.
Months of unpaid salaries have affected over three-quarters of the impoverished country's teachers, meaning up to 4.5 million children may not finish the school year, UNICEF Representative in Yemen Mertixell Relano told a press conference in the capital Sanaa.
"At the moment we have more than 166,000 teachers in the country that have not received a salary since October last year. This is more or less 73 per cent of the total number of teachers in the country," Relano said.
"Those children that are not in school, they are at risk of being recruited (for military service), or the girls might be at risk of being married earlier," she added.
The crisis largely began last year when the internationally-recognized government shifted Yemen's central bank out of Sanaa, which is controlled by the armed Houthi movement with which it is at war.
The government says the Houthis looted the bank and that it is trying to make all payments despite what it calls Houthi obstruction of the transfers - charges the group denies.
Seven months of salaries remain in arrears, public sector employees in Houthi-controlled northern lands say, making travel to work and paying for basic necessities more difficult.
"Money is the backbone of life," lamented Hoda Al Khoulani, a teacher at a children's school in Sanaa.
Without it, I don't think anyone can live and there will be suffering. We're almost begging."