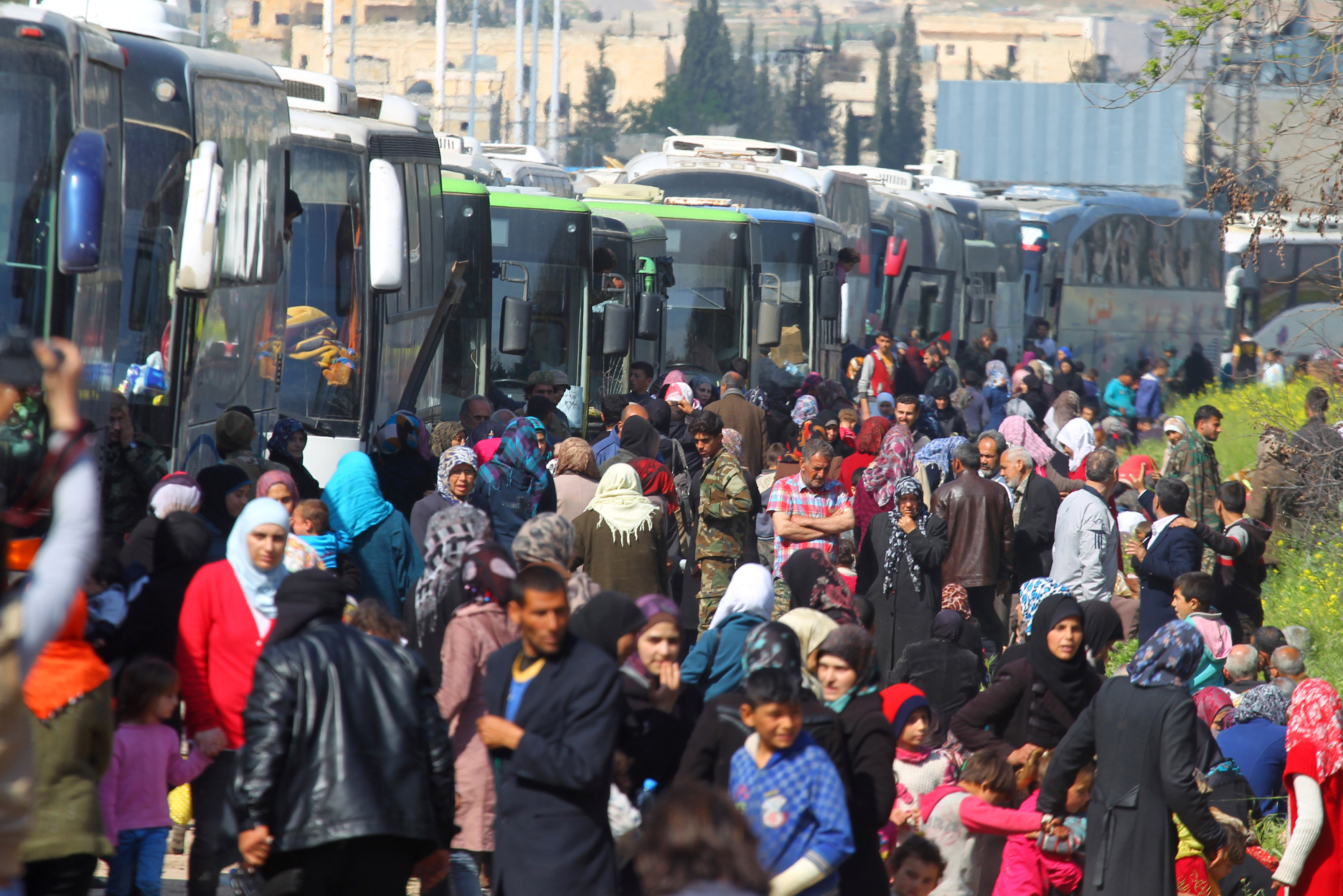 Beirut: The death toll from a bomb attack on a crowded bus convoy outside Aleppo has reached at least 126 in the deadliest such incident in Syria in almost a year, the Syrian Observatory for Human Rights monitoring group said on Sunday.
The Observatory and the United Nations cited reports that more than 60 children were among the dead. Syrian rescue workers of the Civil Defence said that they had taken away at least 100 bodies from the site of Saturday's blast, which hit buses carrying residents as they waited to cross from rebel into government territory in an evacuation deal between the warring sides.
The British-based Observatory said the number was expected to rise. Those killed were mostly residents of the villages of Al Foua and Kefraya in Idlib province, but included rebel fighters guarding the convoy, the Observatory said. There was no immediate claim of responsibility for the attack, which pro-Damascus media said was carried out by a suicide car bomber.
Syria's main armed opposition condemned the bombing, with groups fighting under the banner of the Free Syrian Army describing it as a "treacherous terrorist attack". Pope Francis, in an Easter message, also condemned the attack, describing it as "ignoble", and asking God to bring healing and comfort to what he called the "beloved and martyred Syria".
The convoy was carrying at least 5,000 people including civilians and several hundred pro-government fighters, who were granted safe passage out of the two villages which are besieged by rebels. Under the evacuation deal, more than 2,000 people, including rebel fighters, were granted safe passage out of Madaya, a town near Damascus besieged by government forces and their allies.
That convoy was waiting at a bus garage in a government-held area on Aleppo's outskirts, a few miles from where the attack took place. Madaya evacuees said they heard the blast.