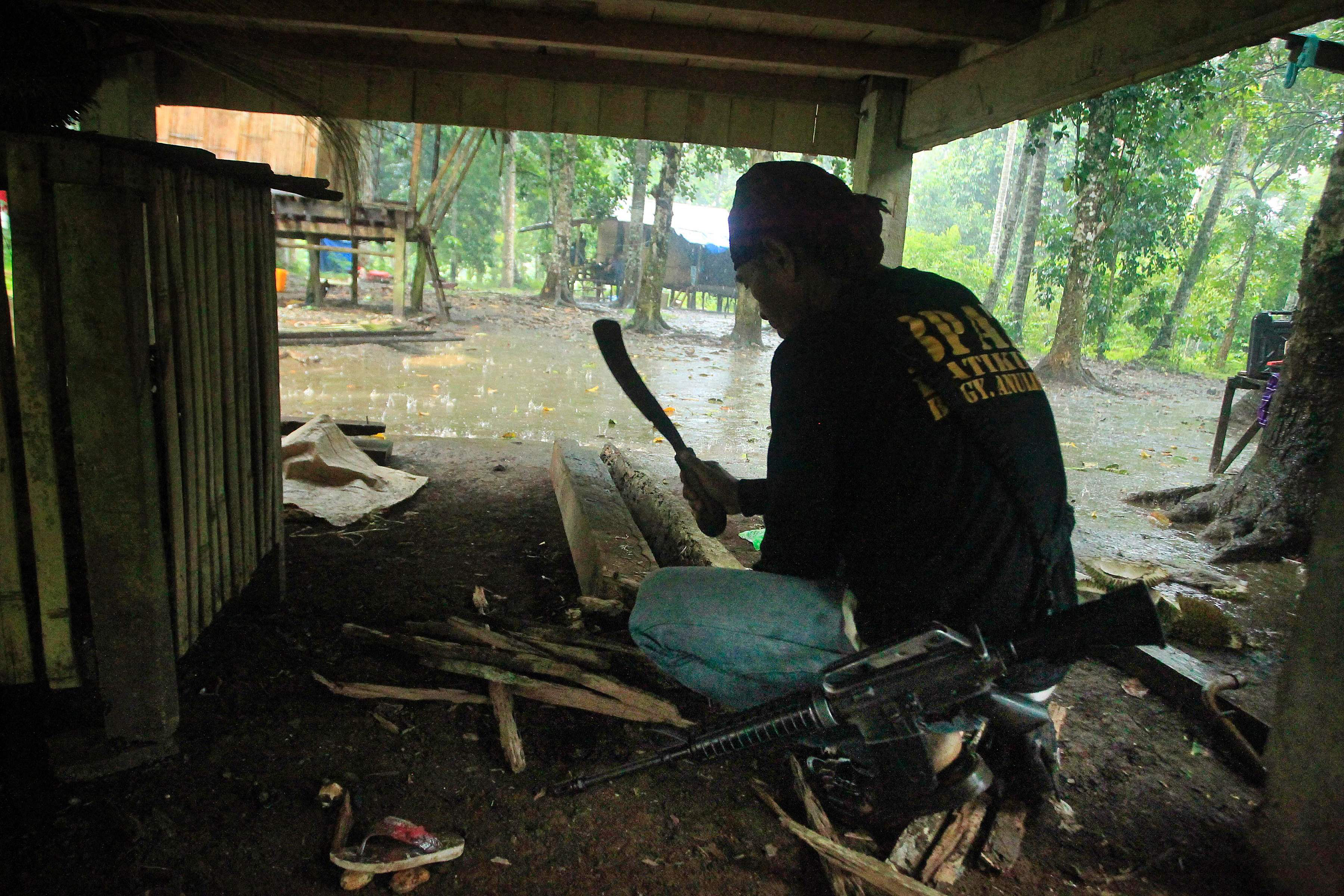 Manila: The Philippine army said IS-linked Abu Sayyaf militants have beheaded one of four Filipino fishermen they took captive in December.
Brigadier General Cirilito Sobejana, military commander on the southern island of Jolo island said the boat's captain had been executed in the jungle near the town of Patikul on Thursday but his remains have yet to be recovered.
Noel Besconde was abducted by the Abu Sayyaf group, along with three crewmen in December, while on board a fishing vessel in the Celebes Sea.
Abu Sayyaf is a small but brutal militant group known for beheading, kidnapping, bombing and extortion in the south of the mainly Catholic country.
Sobejana said it was likely the abductors beheaded Besconde because he was sick and had become a liability.
"The reason why he was beheaded is that he was delaying their movement," Sobejana told reporters. "They (Abu Sayyaf) are highly-mobile and we are pursuing them."
Sobejana said the group had demanded 3 million pesos ($60,648.94) ransom for Besconde but the government maintains its policy of refusing to pay ransom.
The army has declared all-out war with Abu Sayyaf on the islands of Jolo and Basilan, but is hamstrung by its presence among large civilian communities.
Abu Sayyaf has its roots in separatism but its activities are mostly banditry and piracy and it has invested the profits of its business in modern weapons and fast boats.
Sobejana said the Abu Sayyaf group is still holding Besconde's crew, along with more than a dozen foreign nationals in Jolo.
The militant group last year beheaded Canadians John Ridsdel and Robert Hall. An elderly German, Jurgen Kantner, suffered the same fate in February when a $600,000 ransom demand was not paid.
The army said on Wednesday that an Abu Sayyaf leader who was directly involved in the kidnap and execution of the Canadian and German nationals was among those killed by Philippine troops in a clash on a resort island last week.