'Hichki' is a story of an underdog: Maneesh Sharma 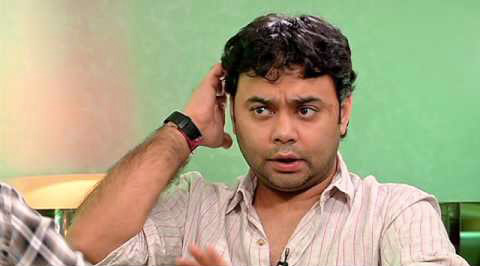 Mumbai: Filmmaker Maneesh Sharma says Rani Mukherji's comeback film Hichki is a story of an underdog. "It's a women centric film. It is an underdog story. Rani is the protagonist, there will be other characters. But there is more to experience in it," Maneesh said. Directed by Siddharth P Malhotra, Hichki will be Maneesh's third film as a producer with Yash Raj Films after Dum Laga Ke Haisha and upcoming Meri Pyaari Bindu.

"I am huge fan of Rani Mukherji. I was studying in the US and I hardly had money to pay for my bills but I got a DVD of Saathiya for 27 dollars...I wanted to see her and the songs. I still have it," he says. The shooting of the film, which marks the 39-year-old actress' first after 2014 movie Mardaani, has already started.

Meanwhile, when asked about his last directorial outing Fan not winning National Award in the special effects category, Maneesh says he was not disappointed and is proud of the film. "I am not disheartened. I am not saying they (awards) mean everything or I am not saying they don't mean anything. If it happens it happens, if it doesn't, it doesn't. "...The amount of recognition Fan's VFX has got is unprecedented which is lesser known as we are not someone who boast about it. We have not done that. I wish we had done that so people wouldn't have asked us about it," he adds.

Maneesh says though there are plans to collaborate with Shan Rukh again, nothing concrete has been decided yet. "I always want to work with Shah Rukh Khan. We have discussed certain things but there is no clarity on it," he says.

The director-producer also quashed rumours of teaming up with Ranveer Singh for a film after working with him in Band Baaja Baaraat and Ladies vs Ricky Bahl. "Nothing like this is there. I also read about it. I don't know what I am doing next".