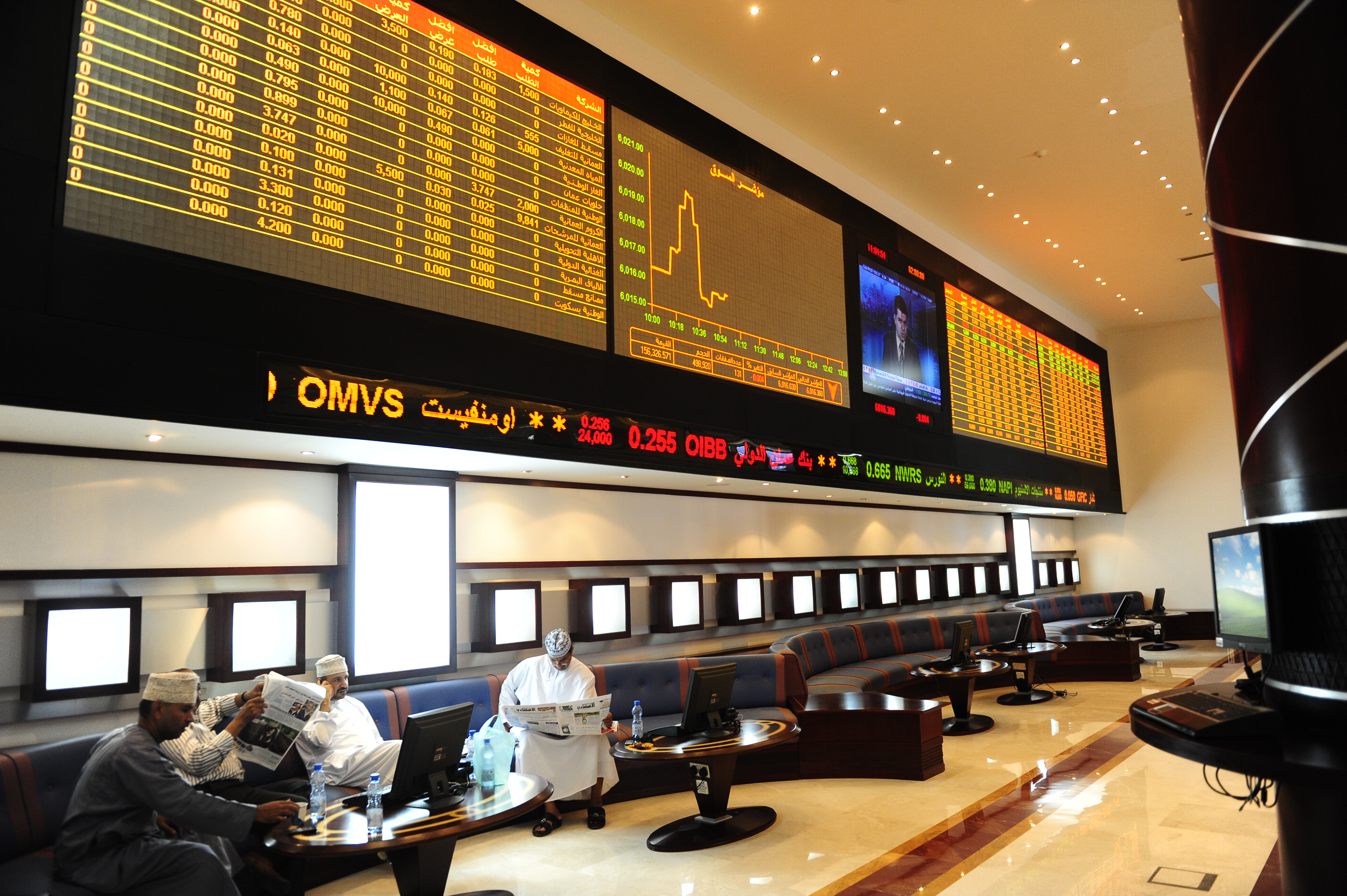 Muscat: Foreign selling in index large caps pressured the MSM30 Index, which edged down by 0.52 per cent to close at 5,549.95 points. The MSM Sharia Index ended at 829.40 points, down by 0.37 per cent. Bank Nizwa was the most active in terms of volume while Bank Muscat led in terms of turnover. The top gainer was Oman Flour Mills, up by 2.33 per cent, while the top loser was Financial Services, with a loss of 63.03 per cent.
As many as 686 trades were executed on Tuesday, generating a turnover of OMR2.26 million with 12.00 million shares changing hands. Out of 43 traded securities, 5 advanced, 18 declined and 20 remained unchanged. Omani investors remained net buyers of OMR467,000 followed by GCC and Arab investors at OMR101,000 while foreign investors were net sellers of OMR568,000 worth of shares.
Financial Index retreated 0.39 per cent to close at 7,979.23 points. Ominvest, Taageer Finance and HSBC Bank gained 2 per cent, 0.94 per cent and 0.78 per cent, respectively. Financial Services, Bank Sohar, Oman & Emirates Holding, Al Madina Investments and Al Sharqia Investments declined by 63.03 per cent, 4.26 per cent, 4.13 per cent, 2.74 per cent and 1.65 per cent, respectively.
Industrial Index closed at 7,680.47 points, down by 0.11 per cent. Oman Flour Mills increased by 2.33 per cent to close at OMR0.880. Al Maha Ceramics, Galfar Engineering, Oman Fisheries and Al Anwar Ceramics fell by 3.26 per cent, 1.20 per cent, 0.66 per cent and 0.63 per cent, respectively.
Services Index declined by 0.41 per cent to end at 2,846.48 points. ACWA Power, up by 0.51 per cent, was the only sector gainer. Ooredoo, National Gas, Port Services, Sembcorp Salalah and Oman Telecommunications Company declined by 2.28 per cent, 0.93 per cent, 0.88 per cent, 0.82 per cent and 0.74 per cent, respectively.
Sensex jumps 213 points
Stocks remained on the frontfoot as the Sensex on Tuesday sprinted 213 points to close at 29,788, after three days of losses, on investor optimism about March quarter earnings.
Investors are looking forward to a set of economic data — industrial production (IIP) for February and CPI inflation for March due on Wednesday. The quarterly results are going to kick off with Infosys announcing its numbers on Thursday.
Sectoral indices such as FMCG, capital goods, PSU, realty and banking were in the lead, giving sentiment a lift.
The 30-share barometer resumed higher before ending at 29,788.35, a recovery of 212.61 points, or 0.72 per cent. The gauge had lost 398.50 points in the previous three sessions.
The NSE Nifty again crossed the 9,200-mark to hit a high of 9,242.70 and settled 55.55 points, or 0.61 per cent, higher at 9,237.
"The rupee reversing some of its losses and approaching Infy Q4 results propped up IT stocks. Banks continue to look forward to NPA resolution measures shortly, and the strength was visible on Tuesday. India's IIP and CPI release tomorrow will keep market interested, but may not make a strong move until Q4 numbers start flowing in," said Anand James, Chief Market Strategist, Geojit Financial Services.
Hopes of good show by IT major Infosys for the March quarter helped. The stock recovered 1.49 per cent. ICICI Bank, SBI, L&T, Wipro, Bharti Airtel and Asian Paints all added to the broad momentum.
The BSE FMCG index surged 1.56 per cent whereas ITC soared 3.16 per cent. Other sectoral indices did not disappoint as capital goods rose 1.48 per cent, PSU 1.45 per cent and realty 1.29 per cent.
Small-cap and mid-cap indices firmed up by 1.01 per cent and 0.39 per cent, respectively.
Overseas, shares remained mixed as investors continued to digest the ramifications of last week's US air strike on Syria.
The market breadth remained positive as 1,724 stocks ended higher, 1,153 closed lower while 144 ruled steady.