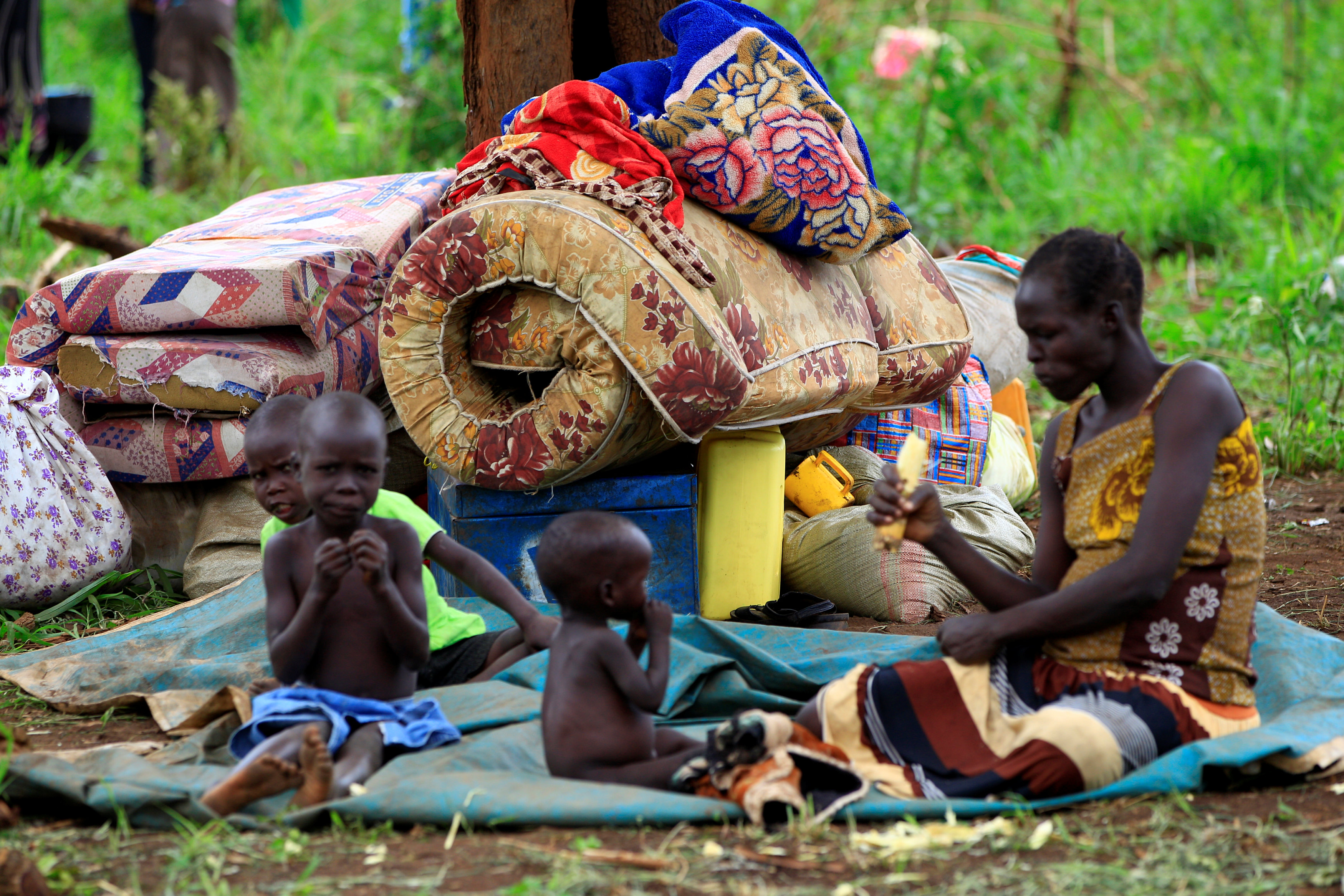 Nairobi: At least 10 people were killed in the South Sudanese town of Wau on Monday, as ethnic militias went house to house searching for people from other groups, witnesses said.
Streets were deserted as families hid inside, residents told Reuters by phone. Some reported seeing killings.
Witnesses said the militias were aligned with the government's side in the country's ethnically-charged civil war. They accused army soldiers of blocking the main road to a civilian encampment protected by U.N. peacekeepers.
South Sudan's deputy army spokesperson, Colonel Santo Domic Chol, said fighting had first broken out during a mutiny by soldiers at the town's prison. He was awaiting more information, he said.
The fighting followed an ambush that killed a brigadier general and a colonel in Wau state over the weekend, a rebel spokesman based outside the country said.
"This morning the government forces were retaliating against innocent Fertit peeople," he said, referring to a a local ethnic group.
The International Committee of the Red Cross said it is flying a surgical team to Wau.
"The ICRC has received multiple requests to assist medical staff in Wau with patients wounded in the violence," a spokesman said.
Five residents, all of whom asked not to be named, described members of the president's Dinka ethnic group searching for members of the local Luo and Fertit groups. The head of the military is also Dinka.
"We are still inside hiding," said one man by telephone, speaking from a Wau neighbourhood called Nazareth. "I have seen four dead bodies of my neighbours."
"Armed militias are moving from house to house," one resident said. "It is an ethnic crackdown." Another said he had fled an attack that had killed many people, including his cousin.
South Sudan descended into civil war in 2013 after President Salva Kiir, a Dinka, fired his deputy, Riek Machar, a Nuer. Fighting since then has often split the oil-producing country along ethnic lines and created a patchwork of armed factions.
The country is awash with weapons after decades of conflict with neighbouring Sudan and local feuds over land.
In another part of Wau, a resident said they saw two bodies near a feeding centre and a couple killed beside the road as they tried to flee to a nearby civilian encampment protected by U.N. peacekeepers.
More than 200,000 people have taken refuge in such sites set up across the country after widespread ethnic killings, many by soldiers. Campaign groups have accused both sides of atrocities.
Two residents said soldiers had blocked off the road leading to the protected site in Wau.
"I and my two sisters tried to get a way to the UNMISS protection site, but we can’t because the road is blocked by government soldiers," one woman said, using the acronym for the U.N. Mission in South Sudan.
"I saw one woman together with her husband who was killed because they tried to run to UNMISS."
The army's Chol said the mutiny had broken out on Monday morning. "Some four prison soldiers in Wau prison decided to mutiny and shot at their own colleagues. They killed two," he said.
He said there had been fighting in Wau state for the past three days but had no further details on Monday's fighting, apart from the fact it was taking place along ethnic lines.
"The type of the rebellion which is taking place in Wau... it is more or less tribal," he said.
The 15,000-strong U.N. peacekeeping mission, which has a base in Wau, has not been able to stop the killing.
"We are aware of the situation in the town and we are looking into it," U.N. spokesman Daniel Dickinson said.