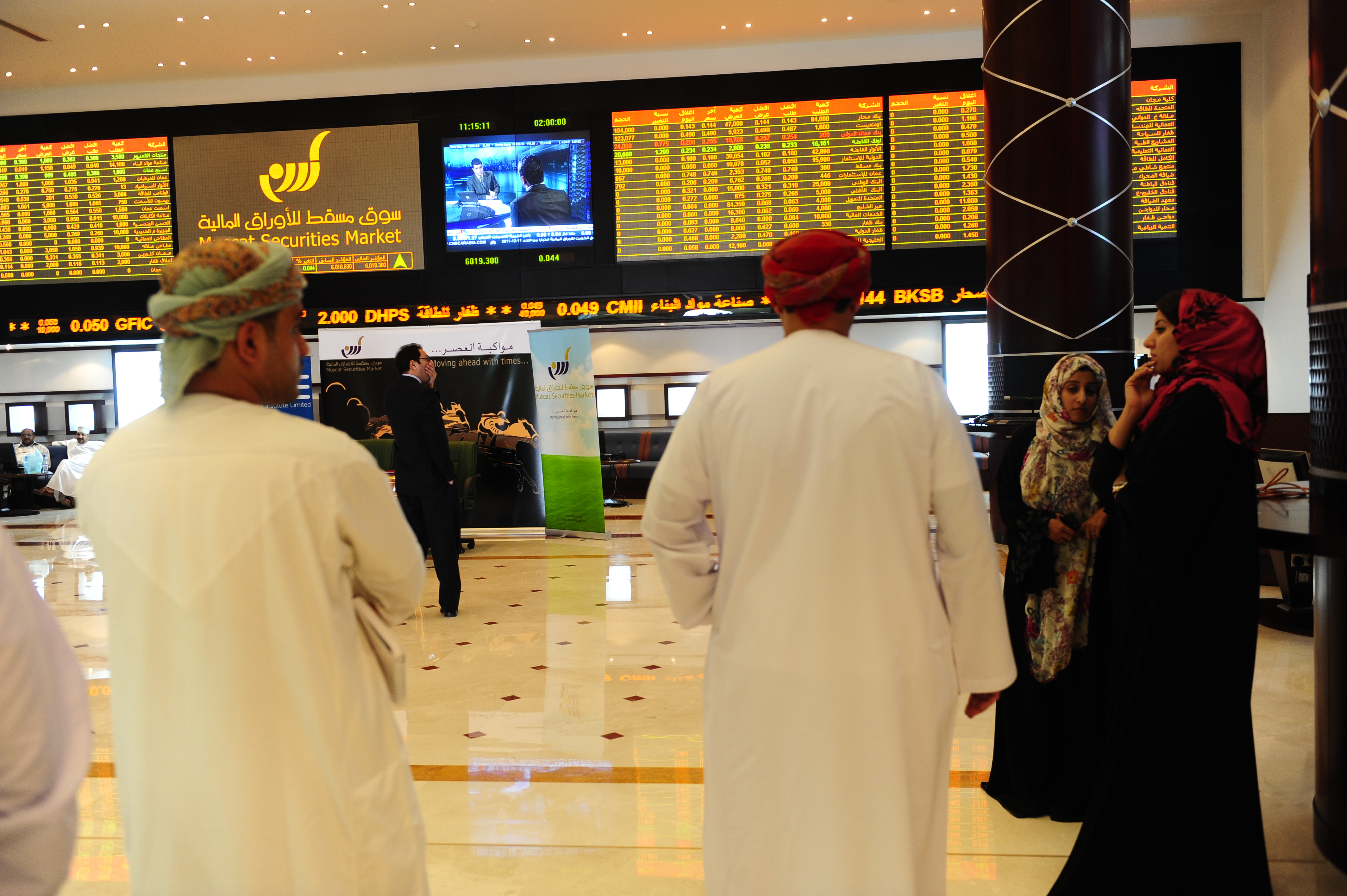 Muscat: Amid lackluster trading activity, the MSM30 Index ended negatively at 5,578.96 points, down by 0.34 per cent. The MSM Sharia Index declined by 0.10 per cent to close at 832.52 points. Al Madina Takaful was the most active in terms of volume while Bank Muscat led in terms of turnover. Oman Fisheries, up by 4 per cent, was top gainer while top loser was Dhofar Cattlefeed, declined by 9.72 per cent.
As many as 615 trades were executed on Monday, generating turnover of OMR2.57 million with 12.62 million shares changing hands. Out of 43 traded securities, 7 advanced, 13 declined and 23 remained unchanged. Omani investors remained net buyers of OMR461,000 while GCC and Arab investors were net sellers of OMR419,000 followed by foreign investors for OMR42,000 worth of shares.
Financial Index ended lower at 8,010.11 points, down by 0.28 per cent. Ominvest and Al Madina Takaful gained 1.21 per cent and 1.06 per cent, respectively. Oman & Emirates, Taageer Finance, Gulf Investment Services, Bank Muscat and National Bank of Oman declined by 6.20 per cent, 4.50 per cent, 3.36 per cent, 1.95 per cent and 1.30 per cent, respectively.
Industrial Index gained 0.19 per cent to close at 7,688.91 points. Oman Fisheries, Al Jazeera Steel and National Detergent rose by 4.11 per cent, 1.27 per cent and 0.57 per cent, respectively. Dhofar Cattlefeed, Gulf International Chemicals and Al Anwar Ceramics declined by 9.72 per cent, 1.57 per cent and 0.62 per cent, respectively.
Services Index closed at 2,858.06 points, a loss of 0.20 per cent. Al Jazeera Services and ACWA Power gained by 0.58 per cent and 0.52 per cent, respectively. National Gas, Ooredoo and Oman Telecommunications Company lost 1.82 per cent, 1.50 per cent and 0.37 per cent, respectively.
Sensex bounces 125 points
The quarterly earnings due to start this week provided markets a crucial leg-up on Monday as the Sensex recouped 125 points and the Nifty topped 9,200 again amid a mixed Asian scenario.
However, a sense of caution ahead of key economic data kept mood tempered.
The 30-share index traded up by 124.71 points, or 0.41 per cent, at 29,831.32, as all indices led by oil and gas, PSU and capital goods came good, rising by up to 1.34 per cent.
The gauge had fallen 267.63 points in the previous two sessions.
The NSE Nifty-50 index was trading higher by 27.35 points, or 0.29 per cent, at 9,225.65.
Traders said cautious investors lapped up select blue-chips ahead of key economic numbers — industrial production (IIP) for February and consumer inflation for March are to be released on Wednesday. A mixed trend in Asia had a bearing too.
IT heavyweight Infosys will kick off the earnings season as it gets ready to announce its fourth quarter and annual results on Thursday.
It is going to be a holiday-shortened week as market will remain shut on Friday on account of Baba Saheb Ambedkar Jayanti.
Hong Kong's Hang Seng was up 0.06 per cent while Japan's Nikkei gained 0.65 per cent in early trade on Monday. China's Shanghai Composite shed 0.28 per cent.
The US Dow Jones Industrial Average ended 0.03 per cent lower on Friday.