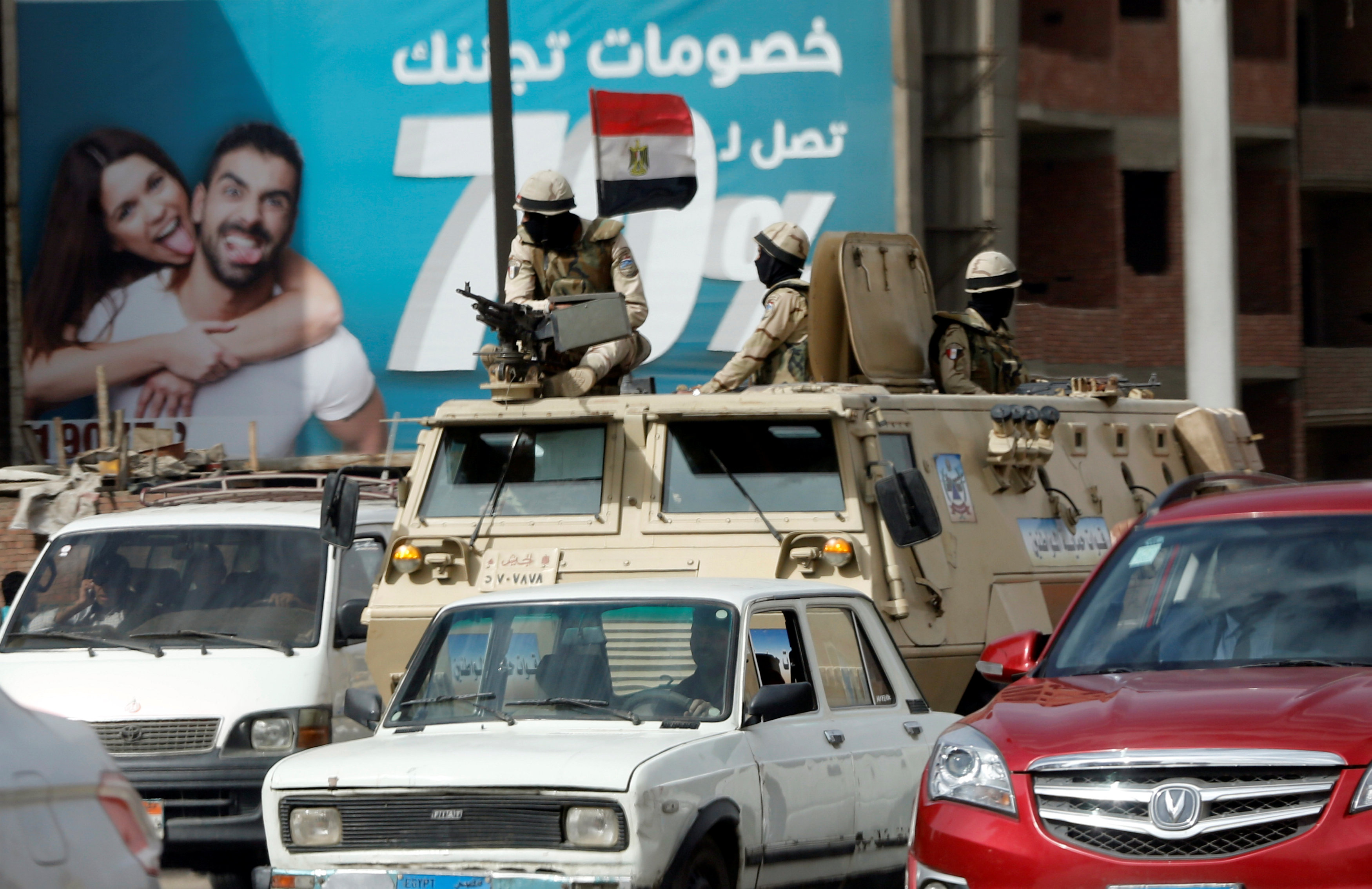 Cairo: President Abdel Fattah Al Sisi has declared a three-month state of emergency in Egypt and ordered military special forces to protect vital infrastructure after two powerful church bombings by the IS terror group killed at least 45 people and wounded more than 100 others.
Sisi announced the state of emergency nationwide for three months in a short televised address last night, following the blasts that targeted the minority Coptic Christians on Palm Sunday.
Before that, Sisi had called a National Defence Council meeting in the afternoon.
Chaired by the president and made up of the prime minister, the speaker of parliament, the defence minister and the commanders of Egyptian armed forces, this was the second such meeting in five months, local reports said.
He said that a higher council for fighting terrorism and extremism will also be established.
The Egyptian government in its its initial response has ordered military special forces to assist police in securing vital state facilities across the country.
The security forces have been put on alert in anticipation of more attacks.
The IS militant group claimed the bombings that killed at least 45 people and injured nearly 120 at two churches in Tanta and Alexandria cities as worshippers celebrated the Palm Sunday.
The first blast took place in the Coptic church of Mar Girgis, also known as St George, in the Nile delta city of Tanta, about 120 kilometres from Cairo, and killed 27 people and injured 78, according to the Egyptian Health Ministry.
Hours later, a suicide bomber struck the Saint Mark's Coptic Orthodox Cathedral in Alexandria's Manshyia district.
Citing Health Minister Ahmed Emad, ON TV news channel reported at least 18 people, including police personnel, were killed and 41 injured in the suicide attack in Alexandria.
The blasts have come ahead of the visit of Pope Francis to Egypt on April 28-29, and prompted international condemnation.
Al Azhar called the attacks an "outrageous crime" against all Egyptians."This terrorist attack is devoid of all the principles of humanity and civilisation," it said in a statement.
The US Embassy in Egypt condemned "the heinous, reprehensible terrorist attack against peaceful worshippers."
"The US stands firmly with the Egyptian government and people to defeat terrorism," the Embassy said in a statement.
Coptic Christians make up about 10 per cent of Egypt's population of 85 million.
Egypt's Christian minority has often been targeted by militants. In December, a suicide bombing claimed by an IS affiliate killed 29 people during Sunday mass in Cairo.
Egypt has seen a wave of attacks by militants since 2013 when the military toppled president Mohammed Morsi, an elected leader who hailed from the Muslim Brotherhood, and launched a crackdown against hardliners.