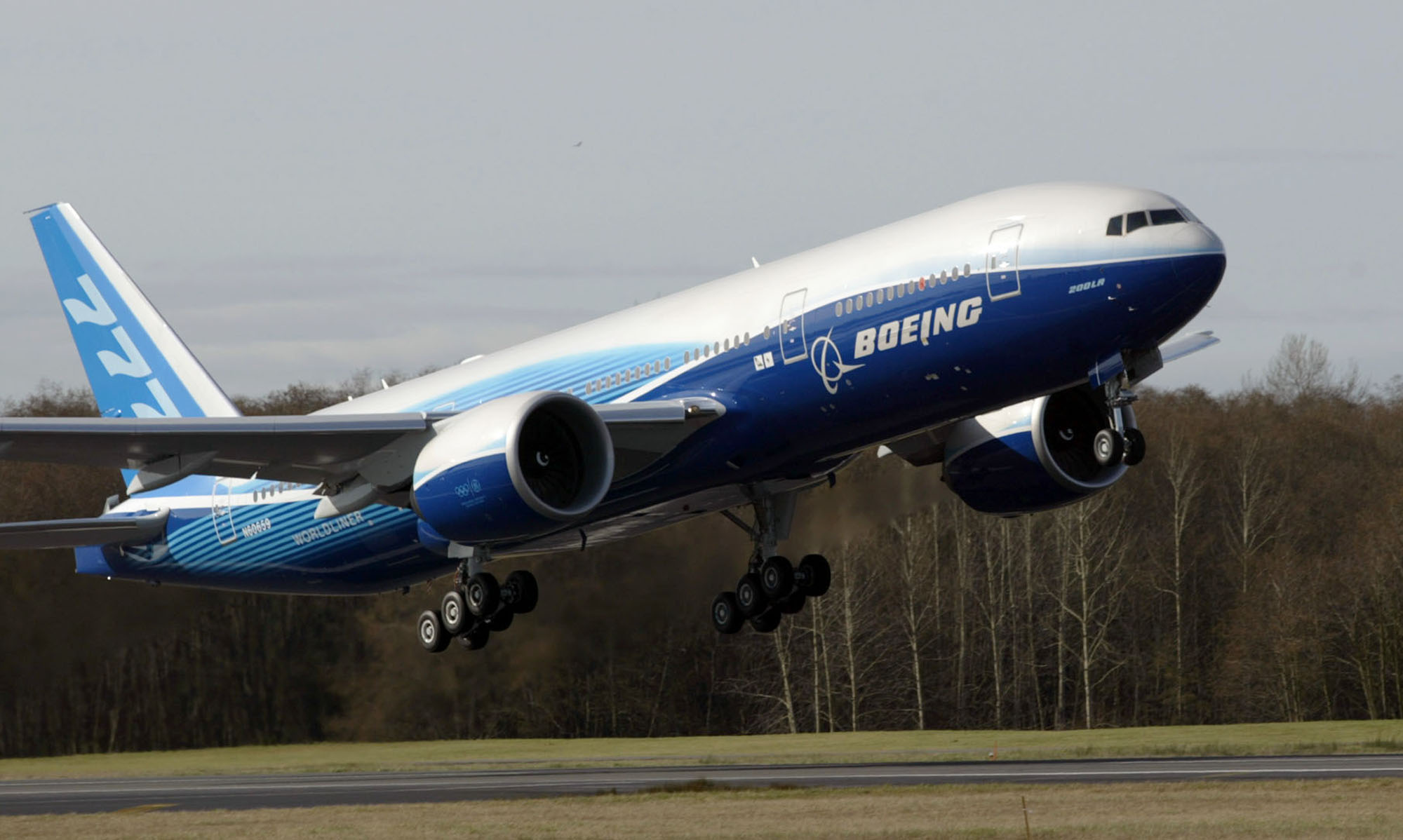 Paris/Dubai: IranAir may get its first new Boeing jetliner a year earlier than expected under a deal to take jets originally bought by cash-strapped Turkish Airlines, Iranian media and industry sources said.
Iran had been expected to receive the first of 80 aircraft ordered from the US planemaker in April 2018, but at least one brand-new aircraft is reported to be sitting unused because it is no longer needed by the Turkish carrier.
Industry sources said Boeing was in negotiations to release at least one 777-300ER originally built for Turkish Airlines, which is deferring deliveries due to weaker traffic following last year's failed coup attempt in Turkey.
Boeing said it never comments on talks with customers. The airlines involved were not immediately available for comment.
Iran's Deputy Roads and Urban Development Minister Asghar Fakhrieh-Kashan told the semi-official Mehr news agency the first Boeing 777 aircraft would reach Tehran within a month.
It would be the first new US-built jet delivered to Iran since the 1979 Islamic revolution.
The long-haul 777 is worth $347 million at list prices but is likely to have been sold for less than half that, according to industry estimates.
IranAir has also ordered 100 aircraft from Europe's Airbus under a deal to lift most sanctions in return for curbs on Iran's nuclear programme.
Its return to the aviation market after decades of sanctions comes at a time when airlines elsewhere are having second thoughts about purchases due to concerns about the economy and looming over-capacity among wide-body jets.
That trend has made a number of unused jets available for quick delivery at competitive prices, including three Airbus jets recently delivered to Iran, and has allowed IranAir to jump the usual waiting list of several years.
The government of pragmatist President Hassan Rouhani is seen as keen to showcase results from the sanctions deal ahead of a May election at which challengers include Ebrahim Raisi.
Aviation sources say the first aircraft were paid directly from Iranian funds, but doubts remain over credit financing needed to secure almost 180 jets still on order.
Western banks continue to shy away from financing deals between IranAir and Western companies, fearing US banking sanctions that remain in force or a new chill in relations between Tehran and the West under US President Donald Trump.
Boeing has stressed the benefits to US jobs of the plane deals.
Fakhrieh-Kashan was meanwhile quoted on Monday as saying IranAir had reached a long-awaited agreement to buy 20 European turboprops from ATR.
Talks over maintenance with engine maker Pratt & Whitney Canada had delayed a final deal. It was not immediately clear whether the official was referring to an earlier deal for the planes or the final contract including engine overhaul.
IranAir ATR deal
IranAir has signed a contract to buy 20 planes from turboprop maker ATR, Iranian deputy transport minister was quoted as saying on Monday.
The deal comes after Iran, which had not directly purchased a Western-built plane in nearly 40 years, signed contracts with Europe's Airbus and US rival Boeing last year to purchase about 180 jets.
That became possible after an agreement between Iran and six major powers lifted most international sanctions imposed on Tehran, in exchange for Iran curbing its nuclear programme.
ATR is joint-owned by France-based Airbus and Leonardo of Italy.
"The contract between IranAir and ATR to buy 20 ATR 72-600 aircrafts has been signed by the officials of both countries," Asghar Fakhrieh-Kashan was quoted as saying by ISNA.
A basic deal for the purchase of 20 airplanes, with options for another 20, was reached several weeks ago but negotiations dragged on over an agreement for maintenance and spare engines between IranAir and engine supplier Pratt & Whitney Canada, owned by US aerospace group United Technologies.
It was not immediately clear whether Fakhrieh-Kashan was referring to the underlying aircraft contract or the final package including the engine deal.
ATR was not immediately available for comment, but on Sunday a spokesman said, "We are still working on finalising the deal."