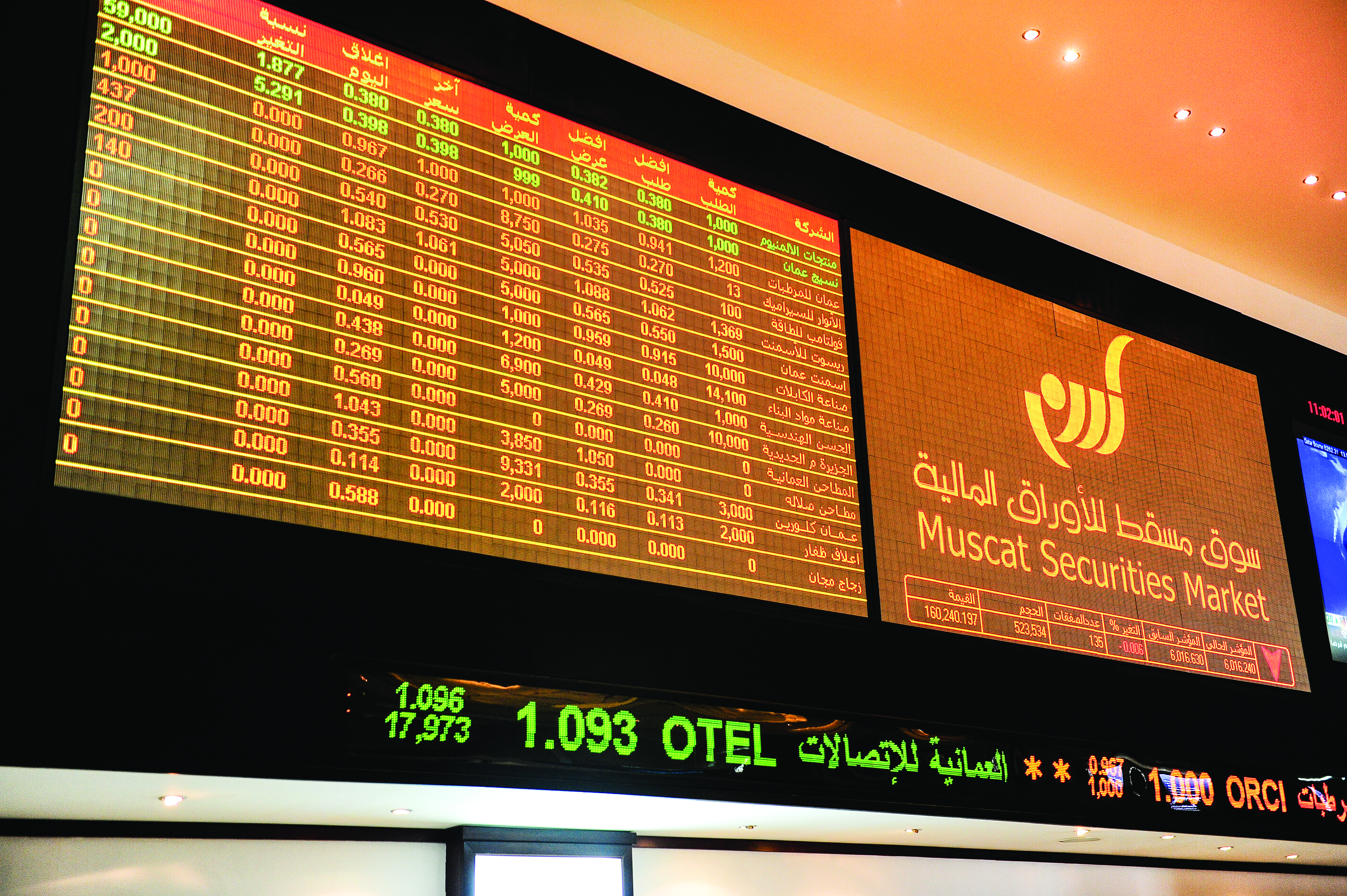 Muscat: Major companies listed on the Muscat Securities Market (MSM), which constitute the MSM30 index, are expected to report a 20 per cent year-on-year fall in net earnings to OMR134.1 million for the first quarter of 2017, according to an analysis conducted by Gulf Baader Capital Markets.
However, the combined revenue of MSM30 companies is estimated to grow by 2.4 per cent at OMR991 million for the first quarter, from the same period of last year.
The revenue of MSM30 companies, excluding investment holding firms, for the first quarter is estimated to increase by 3 per cent on a year-on-year basis to OMR931.5 million. “The revenue increase on a year-on-year basis is driven by services sector majors, along with estimated stable performance from the banking sector companies,” noted the report.
“This would be one of the weak quarterly earnings seasons.”
The fall in earnings was mainly due to impact of higher taxes and royalty charges.
“We saw weak earnings during the last two quarters on current economic slowdown, while the full impact of the recent corporate tax increase and also higher royalty charges for telecom companies will reveal itself in earnings stress for the MSM-listed companies during the first quarter of 2017.”
Gulf Baader also said that few banks will show margin pressure on higher funding costs and estimated relatively higher provisioning during the quarter.Lately, the local banking system liquidity has shown improvement, compared with 2016, regarding the completion of the government external borrowing programme worth $5 billion during March, 2017. “This could remain a cushion for local banks in better liquidity management.”
The earnings of the industrial sector are also estimated to decline by 36 per cent year-on-year amid margin pressure seen due to an increase in the operating costs post the removal of an electricity subsidy.
This would impact electricity intensive industries; meanwhile the services sector will report a sharp decline in earnings on a year-on-year basis due to higher royalty charges for telecom companies, along with off-season income for power sector companies.