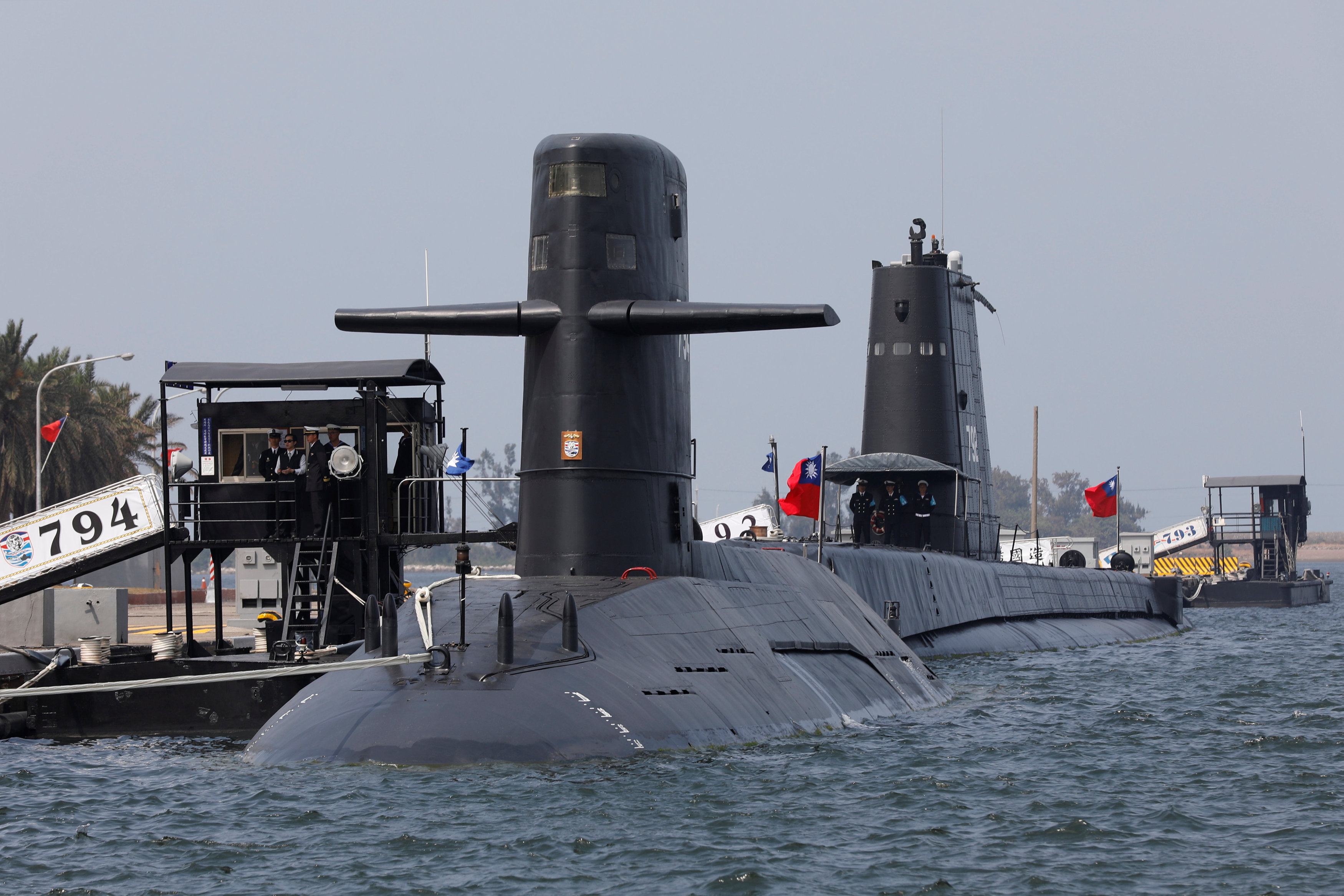 Taipei: Taiwan plans to build eight submarines to bolster its current fleet of four ageing foreign-built vessels, a senior Taiwanese navy official said on Wednesday.
"In our indigenous submarine project, we hope to be able to make eight submarines," Lee Tsung-hsiao, navy chief of staff, told lawmakers, confirming publicly for the first time the number of vessels being planned.
Cheng Wen-lon, chairman of state-controlled shipbuilder CSBC Corp Taiwan, which has been contracted to build the submarines, also told lawmakers that the initial design will be fully completed by early 2018.
Military and defence industry officials in Taiwan have said the first submarine is expected to go into operation within 10 years.
Lee's comments come ahead of the first meeting between leaders of the United States and China this week that Taipei has fretted could harm its interest.
China regards democratic Taiwan part of its territory and has never renounced the use of force to take control of what it sees as a wayward province.
The United States is obligated by U.S. law to help Taiwan defend itself, but its arms sales to Taiwan angers Beijing and has slowed down the pace of sales, defence experts said.
Taiwan and the United States, its sole arms supplier, are currently engaged in fresh arms sales talks.
Last month, Taiwan President Tsai Ing-wen vowed that her administration would see through the indigenous submarine programme as she toured one of the navy's four aging submarines, purchased from the United States and Netherlands at least 30 years ago.
Taiwan has never built a submarine before and will need to rely on foreign technology support to make an advanced vessel, defence experts have said.
Taiwan's submarine project is in the middle of a four-year design contract phase budgeted at T$3 billion ($98.69 million)that began in 2016.