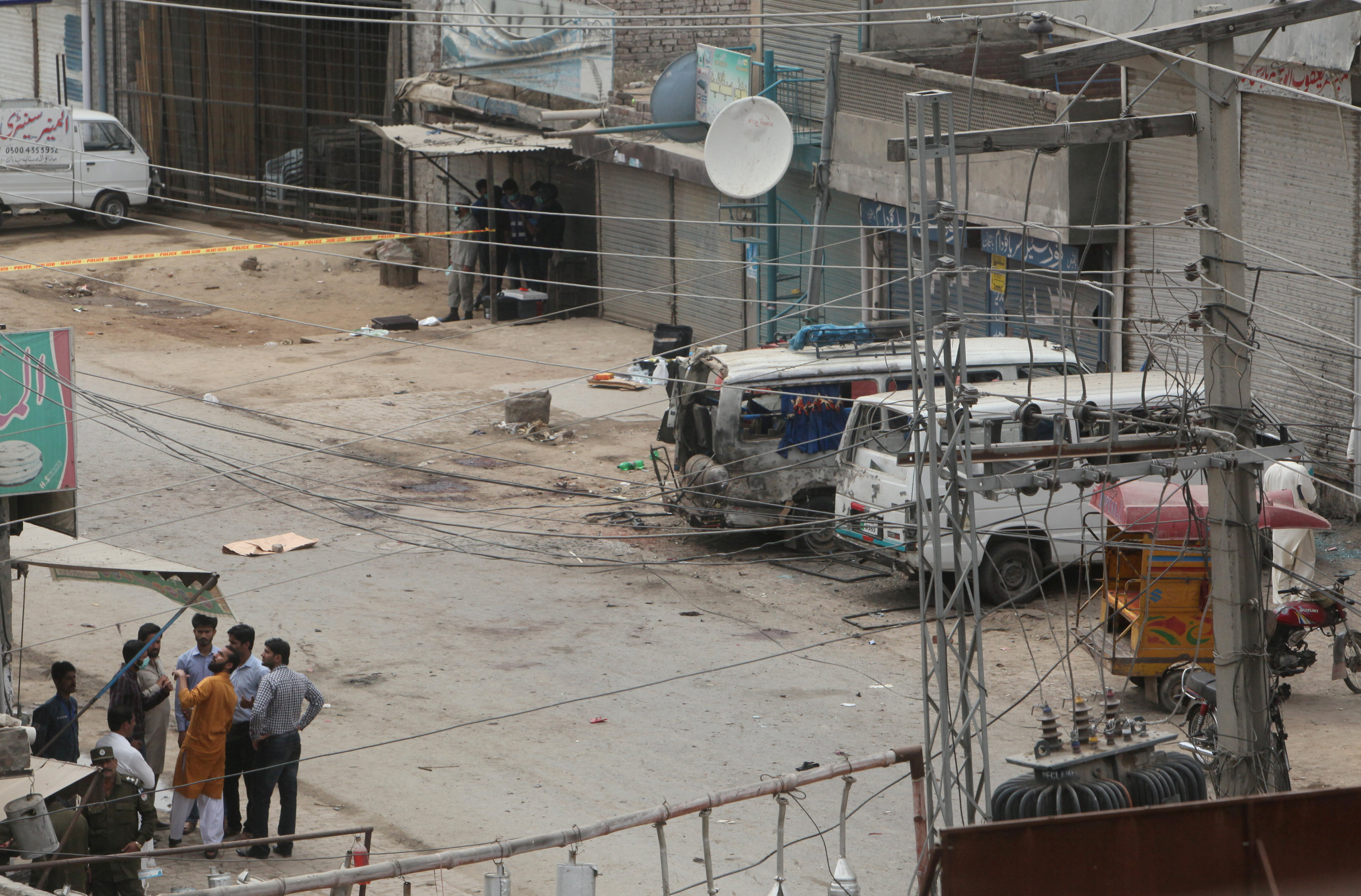 Lahore: The Pakistani Taliban claimed responsibility for a suicide attack on an army census team that killed at least six people and wounded 18 in the eastern Pakistani city of Lahore on Wednesday.
Punjab government spokesman Malik Ahmed Khan said the blast, which hit an army vehicle taking part in Pakistan's first census in nearly two decades, killed four soldiers and two civilians.
Scores of people have been killed since the beginning of the year in a series of attacks that have dashed hopes of an end to the violence of recent years and stepped up pressure on Prime Minister Nawaz Sharif's government to improve security.
TV footage showed security personnel blocking off the street around the site of the explosion, close to an elite police training school which was the site of a Pakistani Taliban attack in 2009.
The apparent targeting of personnel involved in the census, the first in 19 years, underlined the challenge to government institutions in Pakistan.
The army has been closely involved in the census, with soldiers accompanying civilian enumerators, a move authorities say is needed to prevent collectors being intimidated by local political figures trying to slant sensitive population data in their areas.
Pakistan army chief General Qamar Javed Bajwa said the census would be completed "at any cost".
"These sacrifices will only strengthen our resolve and with the support of entire nation we will cleanse the menace of terrorism from our soil," he said in a statement.
Lahore, Pakistan's second-largest city and capital of the Punjab region, was already on high alert following a bomb attack last month that killed at least 13 people.
Muhammad Khurassani, a spokesman for Tehrik-i-Taliban Pakistan (TTP), a banned movement often called the Pakistani Taliban, issued a statement claiming responsibility.
The spate of attacks has ratcheted up tensions with neighbouring Afghanistan, which some Pakistani officials accuse of sheltering TTP militants. Afghanistan's government, in its turn, accuses Islamabad of aiding the Afghan Taliban, a charge Pakistan denies.