Weekend Escape: Soak up in the tranquillity at The View in Al Hamra 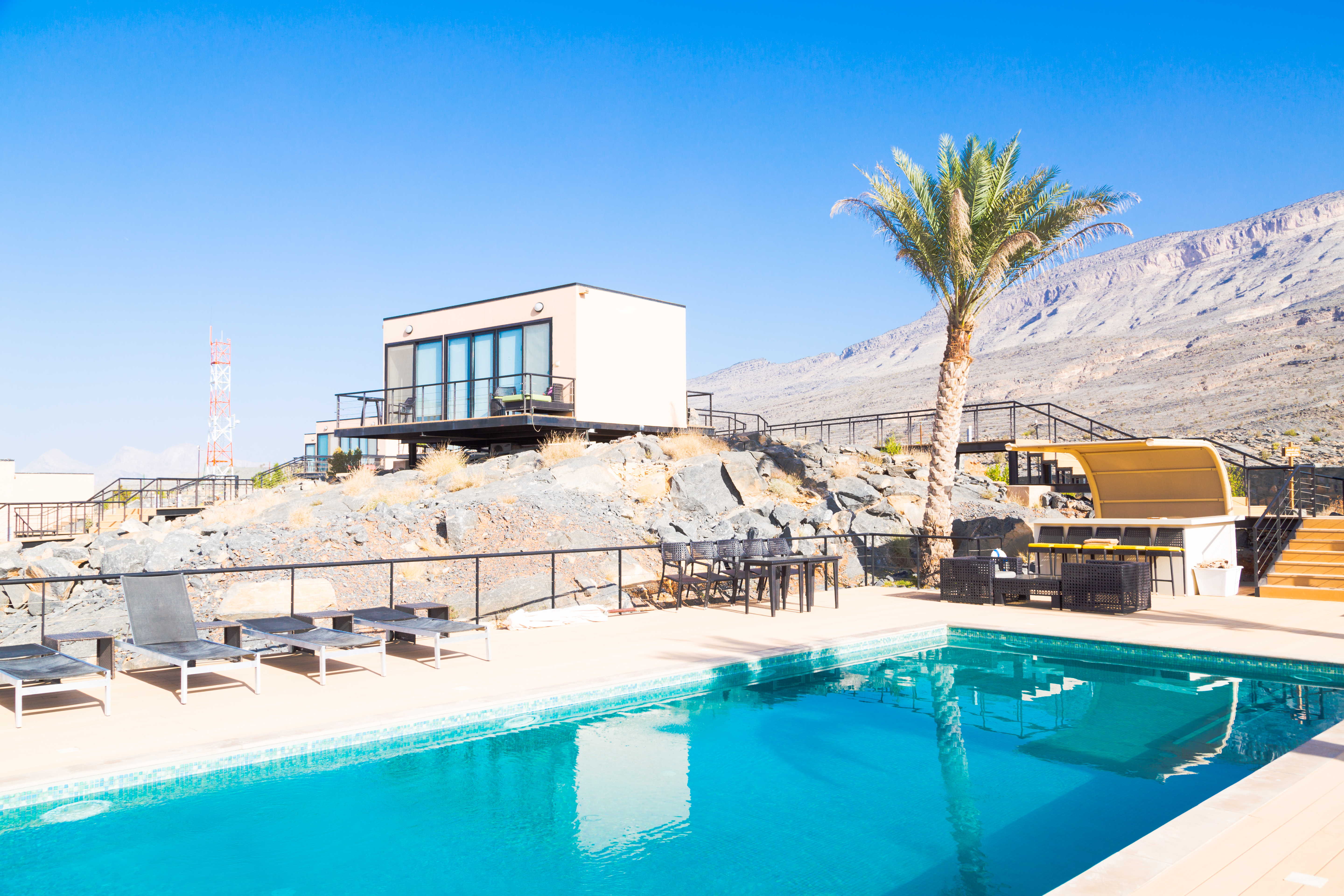 Sitting on my balcony, which juts off the edge of a cliff, Bahla and Nizwa look like little toy cities far far away. In this most scenic of spots, I decide to pen down my thoughts for the first time since arriving at this picturesque place. I do this not because there isn’t much to do here, but because I am so inspired by the view that The View has to offer.
I arrived yesterday evening after a thoroughly enjoyable two-and-a-half hours drive from Muscat. Perhaps the journey was made all the more pleasant by the fact that it hasn’t even been a year since I earned my licence and I am still in something of a honeymoon phase with the open road. But I would venture that even the most seasoned driver would savour the route that winds through various Omani villages on the way from Muscat to Nizwa to ancient Bahla. The final ascent through the narrow lanes of Al Hamra ends dramatically with a bumpy ride up an unpaved road (which, by the way, remains unpaved on popular demand from the guests) — 7.5 kilometres of unencumbered views of the dried up gorge, the peak in the distance that forms the shape of a sleeping giant, and the towering edges of the surrounding Hajar mountains.
After a few minutes the property came into view, softly silhouetted by the gentle rays of dusk and the little lights that adorned the pathway leading to the cluster of modern cliffside dwellings.
Inside, the property oozed local essence, with cultural artefacts in every nook and corner of the otherwise contemporary space. The floor of exterior courtyard was pebbled with natural stone, earthen pots welcomed us up the steps, and inside, portraits of local men, women, and children peered down from the walls. As for the rooms, the entire hotel was a collection of unattached, individual structures that seemed to cling dramatically to the side of the cliff.
At reception, as I was handed my key, I was informed that the only place you can connect to Wi-Fi is in the lobby. This is, intentional, she explained, as The View is meant to be a refuge for people to disconnect, enjoy the scenery, and get closer to nature.
The walk to my room followed a long, dimly lit path over narrow wooden bridges. As I mounted the stairs between elevations, I could hear my footsteps echoing loud and clear in the still night.
I arrived at my pod, the entrance of which appeared to be at the back of the structure. Upon opening the door, I saw why. Beyond the plush, king-sized bed, floor-to-ceiling glass doors offered a majestic view of the darkened mountain range and the glittering lights of the valley, and lead to a sprawling balcony, where I now sit, soaking in the inspiration of the journey, and the place, and the utter quiet.
I soon discovered that even the deep soaking tub enjoyed this view, and I opted for a long, hot soak before heading back up the hill to meet a friend at the restaurant for dinner.
There is one dining option at the hotel and it serves very good Arabian and Indian dishes, with, of course, great views from the dining room and outdoor patio. We ordered a mish-mash meal of hummus, palak paneer with rice, a delicious fillet of fish, and a pasta in white sauce, which was made-to-order by the chef who stood at a live station on the terrace.
The next morning, the morning of this writing and musing, I made a point to wake up at 6am, which is something that happens to be on my top ten list of the most difficult things to do. I sleepily drag myself out of bed, made a cup of coffee, and threw myself into one of the balcony’s comfy chairs where I was rewarded by the spectacular dance of the sunrise. The cool morning breeze rustled my hair and I sat, savouring all the beautiful sensations, for a long time.
After a quick shower, I rang my friend, who it seems had decided it was preferable to sleep than to explore. I had a quick breakfast on my own, selecting my usuals from the buffet — eggs, sausage, bread with nutella, and juice — before collecting a complimentary bike from reception and pedalling off to take-in the area.
The View is strategically located 47km from Jebel Shams, 25km from the Bahla Fort, 17km from Al Hoota caves, and 15km from the village Misfat Al Abreyeen. I quickly assessed that I lacked the stamina to bike my way to even the neighbouring Misfat Al Abreyeen, so I settled on a small village just half a kilometre away. It was a humble village and as I dismounted my bike to wander the well-worn street, I met some friendly villagers who explained that the place has been inhabited by the many arms of the same family for generations.
I returned to the hotel and meandered the grounds, admiring the little fountains that babbled at the entrance of the infinity pool. I took a seat on a stone step and let my mind drift to and fro. I considered a hike in the ancient village of Al Hamra, but instead, I went back to my balcony where I breathed in the splendour of my surroundings, took out a pen, and began to write. —[email protected]