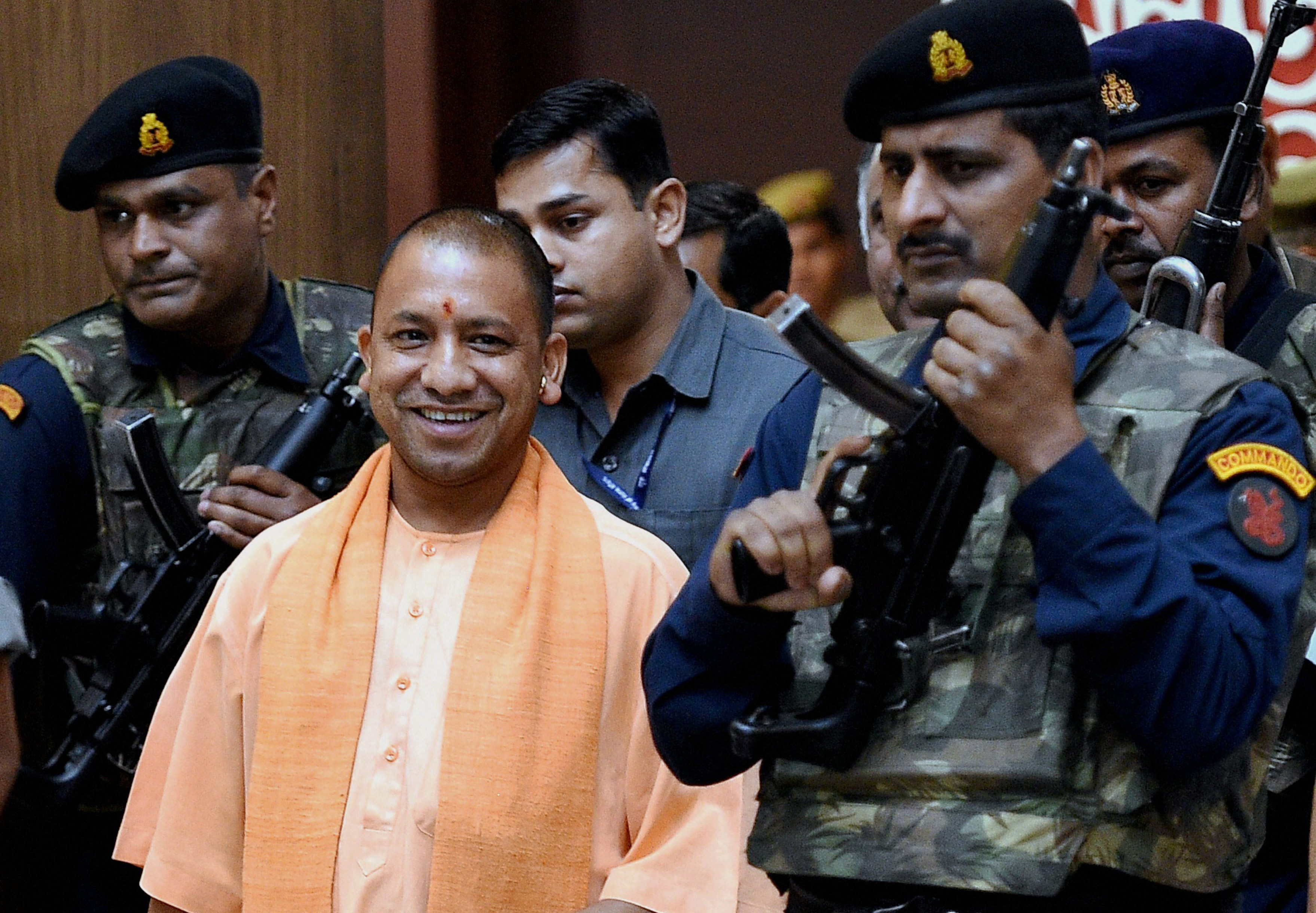 New Delhi: India's most populous state, Uttar Pradesh, said on Tuesday it was waiving $5.6 billion of loans to help millions of farmers reeling from losses after unfavourable weather in the past few years hit their crops.
Uttar Pradesh has also ordered the closure of 26 illegal slaughterhouses, state health minister Siddharth Nath Singh said, after the first cabinet meeting chaired by newly appointed Chief Minister Yogi Adityanath.
The state government would consider applications for licences for slaughterhouses, Singh added. After its landslide victory in recent state elections, Prime Minister Narendra Modi's Bharatiya Janata Party (BJP) appointed on March 18 hardliner Adityanath, who has been accused of inciting violence against Muslim minority, as chief minister.
Since then, abattoirs - mainly Muslim-run - have complained of repeated attacks by vigilante groups seeking to protect cows, which are considered holy in Hinduism. Most of the beef produced in India comes from buffalo.
Last week, abattoirs called off a four-day strike after meeting Adityanath, who assured them unlicensed slaughterhouses would not be shut down or attacked. Owners complained they had to run a number of their slaughterhouses without licences because the previous government failed to renew their permits on time.
In Uttar Pradesh, abattoirs need more than 25 government clearances to ply their trade. Demands by right-wing Hindu groups to stop the slaughter of cows threaten to stoke a fresh wave of communal tension, as Muslims dominate the meat trade.
India is one of the largest exporters of buffalo meat, selling $4 billion worth in the 2015/16 fiscal year, with Uttar Pradesh the country's biggest producer. India's biggest buyers of the meat include Vietnam, Malaysia and Egypt. The farm loan waiver is expected to bring relief to 21.5 million indebted farmers, a big voting bloc in the state which is also India's largest producer of wheat and sugar. Uttar Pradesh is mainly rural and lacks industries.
The Uttar Pradesh government will issue bonds to fund the farm loan waiver, Singh said. The state government said it also planned to set up 5,000 centres to buy wheat directly from farmers. It will pay farmers 10 rupees per 100 kilograms, more than the guaranteed price promised by the federal government.