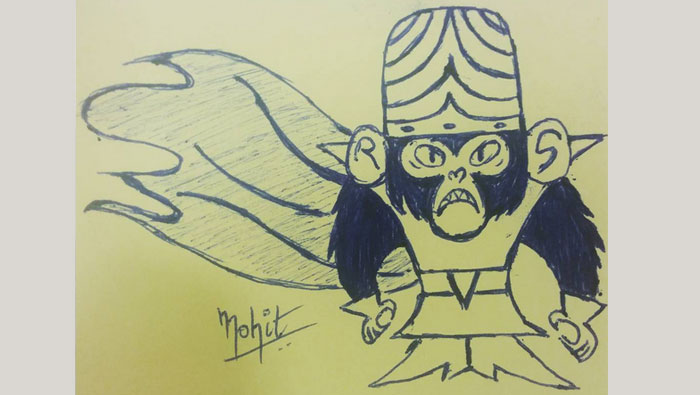 Muscat: ‘Anyone can draw’ is the message being shared by a former resident of Oman, who is now showcasing his artistic works on Instagram.
Check out more photos here
Twenty five year-old Mohit Vikas Rajadhyaksha, who currently lives and works in Mumbai, India, is the founder of Just Post-IT, an Instagram page, which displays hand-drawn doodles of cartoon characters and other figures of pop culture, all of which have exclusively been drawn on Post-Its.
**media[641404]**
The IT professional has lived in the Sultanate for 22 years, and it was during his time in Oman that he discovered and nurtured his passion for sketching.
“I joined private art classes at a young age,” recalled Rajadhyaksha, a former student of the Indian School Al Ghubra in Muscat. “I have been extremely lucky to learn from various exceptionally talented teachers over the years, who have been instrumental in moulding me into the artist I am today.
**media[641405]**
“The ‘Just Post-IT’ page has enabled me to keep in touch with my artistic side without having to dedicate any specific time for art,” he added. “The name of the page is a pun on my job in IT consulting.”
As a child who grew up in the 90s, Rajadhyaksha developed a fondness for the Cartoon Network and what he saw on the channel formed the source of his inspiration. “As a 90s kid, I’ve been heavily influenced by cartoons, such as Tom & Jerry, Scooby-Doo, Samurai Jack and Dexter’s Laboratory and comics, such as Tintin and Archie,” he revealed.“I chose these as primary choices for sketching because it reminded me of a simpler time.
“This began by chance, to be honest. I tend to doodle subconsciously while working,” he explained. “I liked the contrast of the blue ink on the yellow Post-It so I continued with it subsequently. It takes anything between two and 15 minutes for a single sketch depending on the complexity.”
As is always the case with anything creative, there is more to his work than meets the eye.
“I think the most rewarding aspect is when I see the excitement on people’s faces on seeing their favourite cartoon characters come alive,” Rajadhyaksha told the Times of Oman. “You can see a gleam in their eyes as the memories flood back and they excitedly break into a discussion about how as a kid, they used to bargain for TV time with their parents, and how the Cartoon Network has evolved over the years.”
“I just love the expression on my parents’ faces when I show them my new art work,” Rajadhyaksha said. “They are a constant source of motivation and that has kept me going. Most of my paintings are gifts to my parents and they now decorate the rooms of our home in Mumbai.”
Rajadhyaksha’s doodles might seem like child’s play, but there is a method to his creativity that has been honed through years of practice and dedication. “I’ve learned two important lessons through art: patience is indeed a virtue. You shouldn’t rush an artist. It will definitely impact the work, and secondly, there is always more to learn.
It’s important to keep an open mind,” he advised.
“Art allows you to go beyond the conventional boundaries and that’s a big advantage. Anyone can make art,” he added.
“It is an individual’s perception put in a visual form for people to see. I know it isn’t easy to follow your passion, but do take out some time in a week for your hobbies.”