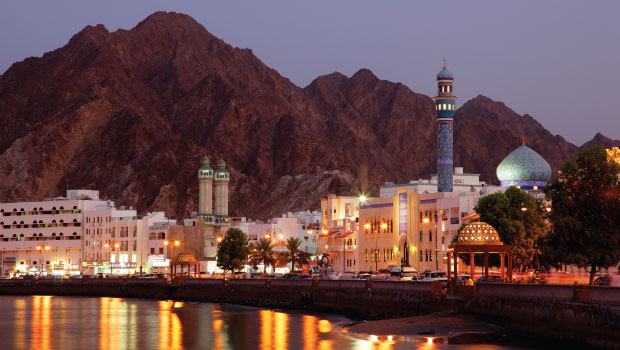 Muscat: Oman attracted more than 3 million visitors in 2016, according to the annual report of the Ministry of Tourism.
According to the report, 3,042,695 tourists visited the Sultanate last year, 16.2 per cent more than than the previous year’s number. The growth is based on a well-established and continuous development of infrastructure, in addition to projects that boost the tourist attraction potential of the Sultanate.
The highest growth rate of visitors came through the cruise ships, where 217,153 tourists last year visited the Sultanate on board of these ships, compared to 147,858 tourists, an increase of 46.9 per cent .
The Salalah Khareef Season attracted 652,986 tourists last year, up 26.8 per cent from the previous year, while castles and forts attracted 284,725 visitors, an increase of 14.3 per cent. The number of visitors to Al Jabal Al Akhdhar was 162,499, an increase of 0.3 per cent.
Water ponds in Wadi Bani Khalid attracted 156,119 visitors, up 38.3 per cent, while the Ras Al Ginz Turtle Reserve was visited by 36,070 visitors, an increase of 17.3 per cent. The number of hotel establishments reached 337 last year compared to 318 in 2015 with a growth rate of 6 per cent .
The number of beds increased to 29,358 beds last year compared with 25,966 beds in 2015, an increase of 13.8 per cent .
The report added that the number of rooms and hotel apartments rose to 18,825 rooms and hotel apartments in 2016 compared to 16,695 rooms and hotel apartments in 2015 with a growth of 12.8 per cent.
The report said that in 2016 there was a 54.5 per cent increase in the number of five-star hotels, 15 per cent three-star hotels. One star hotels increased by 13 per cent while the number of four-star hotels stabilised.
The year 2016 was very active with regard to the opening of hotel facilities, where 39 hotels were opened in various governorates of the Sultanate, in addition to 2,512 rooms and hotel apartments.
2016 also saw the addition of a new classification under the name of farm houses for some restrooms in order to encourage citizens to benefit from the tourism sector and the utilisation of some facilities suitable for accommodation to be used as an addition to tourist facilities.
Initial approvals for 64 hotels of various categories were granted in 2016 in various governorates of the Sultanate, including 42 hotels in the Governorate of Muscat, 5 hotels in the Governorate of Dhofar, 3 in North A’Sharqiyah, 7 in the South A’Sharqiyah, one hotel in the South Al Batinah, 5 in the North Al Batinah North and one hotel in Al Buraimi.
The total number of initial approvals for hotel apartments was 39, including 37 in the ordinary classification and two in the excellent classification, including 19 in the Governorate of Muscat, 6 the Governorate of Dhofar, 1 in the Governorate of North A’Sharqiyah, 7 in South A’Sharqiya, 3 in North Al Batinah and 2 in Al Buraimi.
It is expected that 59 hotels will be opened in 2017, adding 3,975 hotel rooms, while 22 hotels are expected to open in 2018, adding a total of 484 hotel rooms.