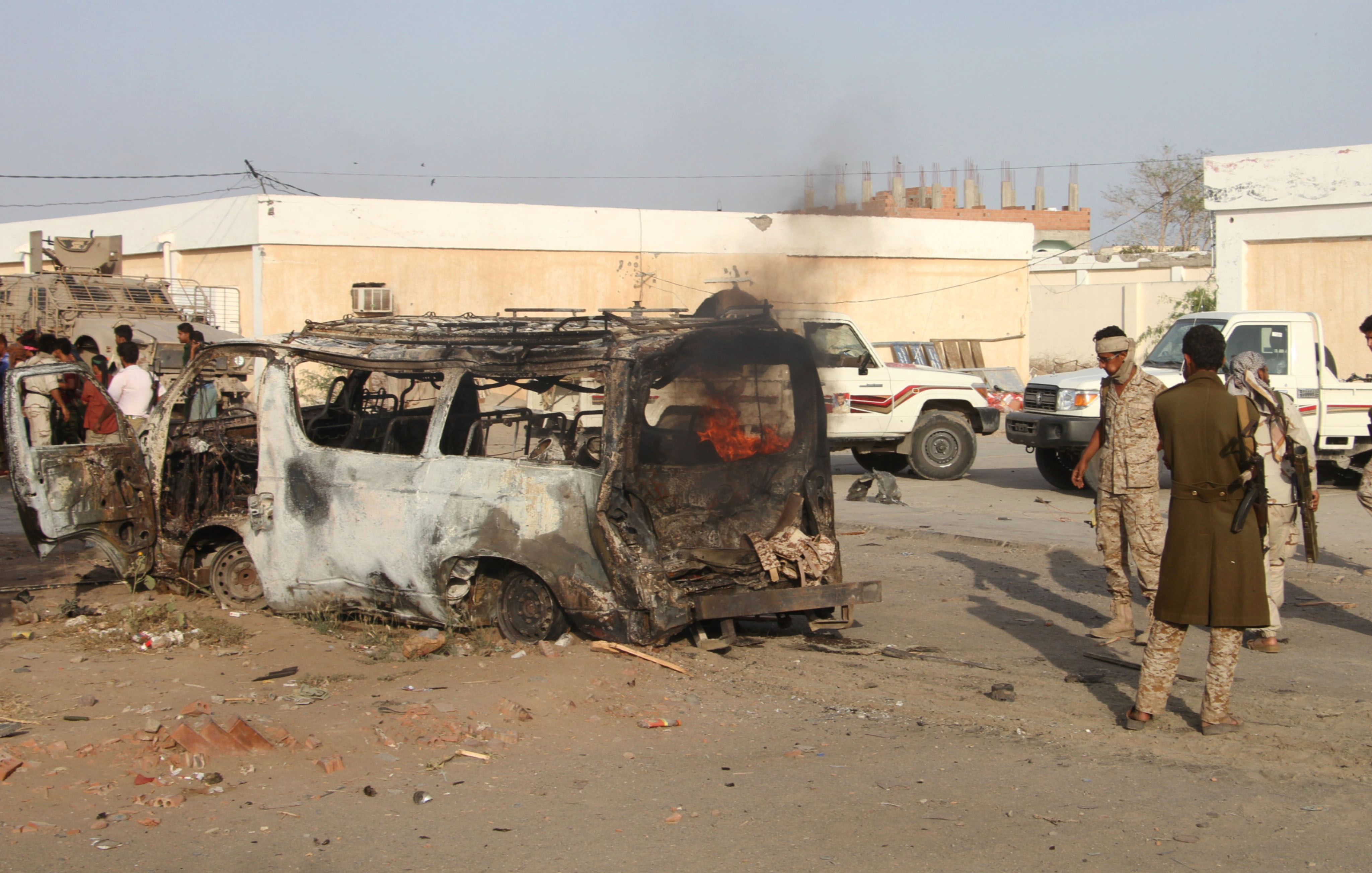 Aden: At least 11 people were killed in a suicide bombing and gun attack by suspected Al Qaeda militants on a local government compound in southern Yemen on Monday, a Yemeni government media office said in a statement.
The attack is the latest in a series of operations by militants who have exploited a two-year-civil war to try to expand their control and recruit more followers in the country, which shares a long border with Saudi Arabia.
The government media office said security forces confronted a suicide bomber who tried to drive a mini-bus laden with explosives into a government compound in Al Houta, the Lahj provincial capital.
Security forces opened fire on the bus and clashed with militants wearing military uniforms who attacked the compound with automatic weapons, it said in the statement, adding that six security personnel and all the attackers died.
Officials said there were five attackers in all. "The situation is now under control," the statement quoted a security official as saying. Al Qaeda's local wing, known as Ansar Al Sharia, said "dozens were killed or wounded" in a suicide bombing and gun attack on a Lahj security compound.
Militants from both Al Qaeda in the Arabian Peninsula and IS have carried out a series of attacks, often targeting security forces or government facilities in southern Yemen.
The United States has recently stepped up attacks on Al Qaeda in the Arabian Peninsula, which it sees as the main threat to western interests, launching repeated air strikes on targets in central and southern Yemen.