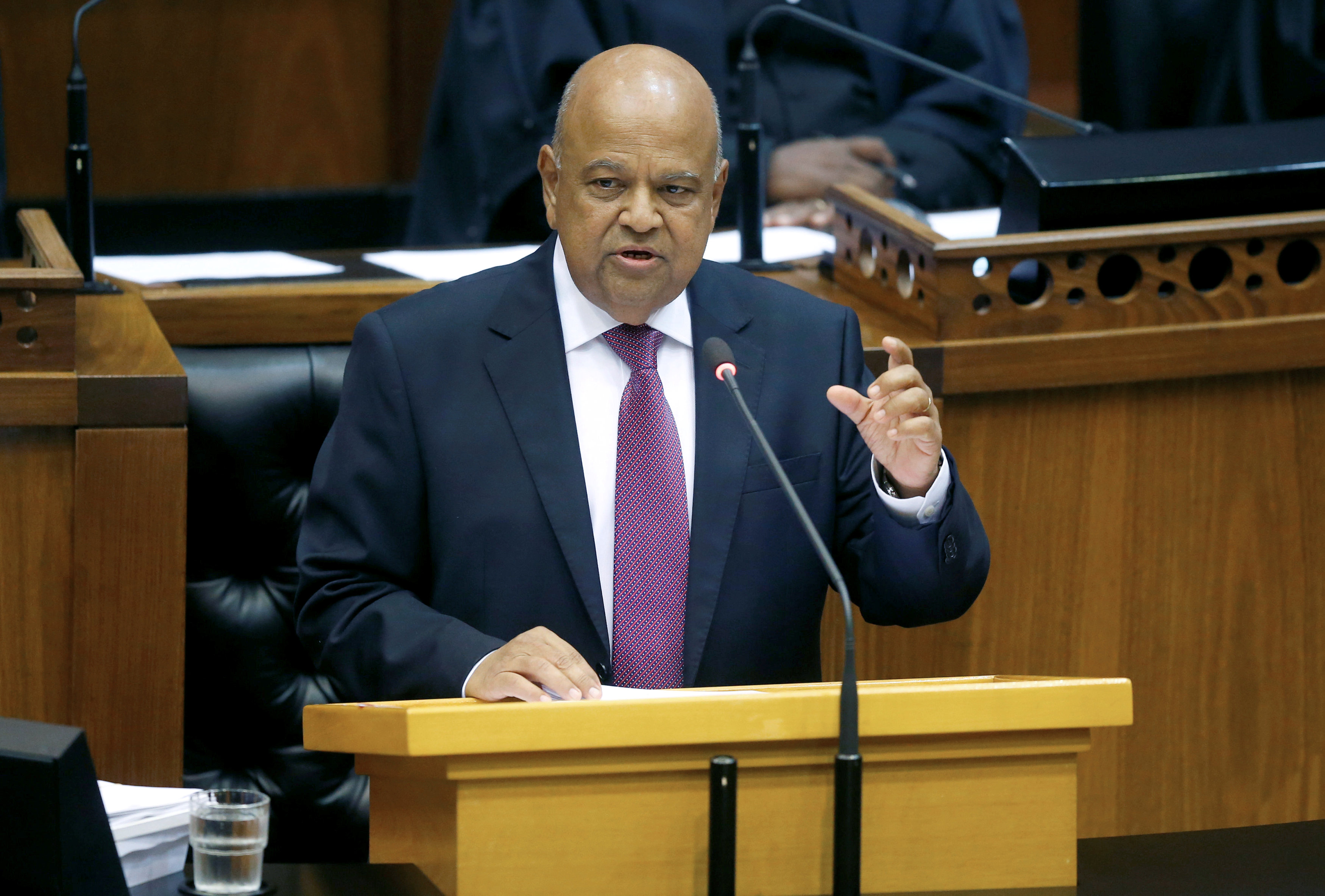 Johannesburg/London: South African President Jacob Zuma has asked Finance Minister Pravin Gordhan to return home "immediately" from an investor roadshow abroad, unnerving financial markets and renewing talk of a cabinet reshuffle.
In a short statement on Monday, Zuma's office gave no reason for the decision. Gordhan is currently in London with business executives and union leaders on the first leg of a no-deal investor roadshow that was also due to visit the United States.
The rand fell by as much as 1.7 per cent against the U.S. dollar, bonds tumbled and banking shares slid more than 2 percent on the news of Gordhan's recall.
Investors see Gordhan as a symbol of stability, especially given South Africa's weak economic growth and tensions in the ruling African National Congress (ANC) that have put its investment grade at risk.
Last year, fraud charges brought against Gordhan badly rattled financial markets and spurred accusations of a political "witch-hunt". They were dropped in October.
Financial markets were also shaken before Gordhan's budget speech last month by rumours that he might be moved from the Treasury in a cabinet reshuffle. Gordhan has said it is Zuma's prerogative to fire him if he sees fit.
"Zuma has instructed the Minister of Finance, Mr Pravin Gordhan, and Deputy Minister Mcebisi Jonas to cancel the international investment promotion roadshow to the United Kingdom and the United States and return to South Africa immediately," the statement from the president's office said.
Speaking after a meeting with investors in London, Gordhan said he had not been recalled but "just asked to come back", adding that he had been planning anyway to skip the U.S. leg of the roadshow and to return home.
Gordhan declined to comment on Zuma's motive. Asked if he expected a cabinet reshuffle, he said: "That's the boss's prerogative."
Earlier a government source said: "The presidency did not give permission for the trip."
Jabulane Mabuza, the head of Business Unity South Africa and chairman of Telkom who was with Gordhan in London said via a text message: "It's true, minister has been called back home - at this point only presidency can give clarity on the why."
The main opposition party Democratic Alliance criticised the decision, saying in a statement: "(It) is so bizarre that it appears, at best, calculated to humiliate the minister or, at worst, to suggest that the minister is about to be fired."
Analysts said Zuma's move could spell another bout of political uncertainty and possibly a cabinet reshuffle.
"Any suggestion Zuma is interfering with Gordhan's business dealings will be a concern for investors and could signal political instability on the horizon," political analyst Daniel Silke said.
London-based Nomura emerging markets analyst Peter Attard Montalto concurred: "I believe today could be a test of the water to undertake a reshuffle."
South African media reports say Zuma has an uneasy relationship with Gordhan, though the president has denied suggestions that he is "at war" with the minister.
Political pundits say Gordhan is the target of political pressure from a faction allied to Zuma. It has criticised his plans to rein in government spending in an economy that is stagnating and also rapped his running of the tax agency.
Gordhan first served as finance minister from 2009 to 2014. Zuma reappointed Gordhan in December 2015 after the president's decision to replace the respected Nhlanhla Nene as finance minister with a little-known politician triggered a steep selloff in South African assets.
S&P Global Ratings and Fitch Ratings both rank the sovereign debt of Africa's most industrialised economy one level above junk, while Moody's puts it two notches higher.
Moody's, which put South Africa on negative watch in its latest review, is due to review that rating on April 7, followed by S&P at the beginning of June.