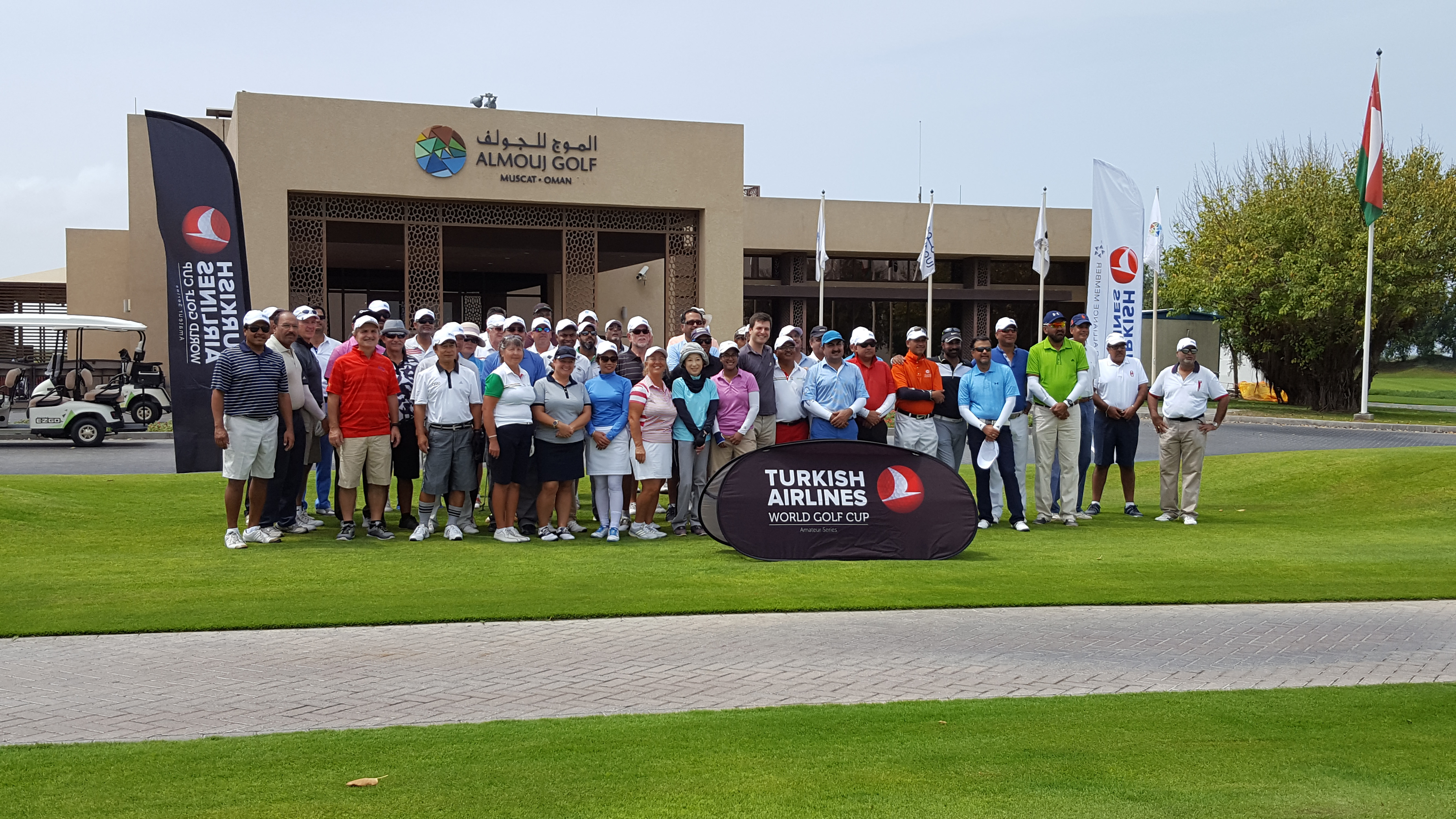 Muscat: Vishal Dhawan clinched the top honours at the Turkish Airlines World Golf Cup qualifying event at Almouj Golf recently to book a place in the Grand Final to be organised in Turkey later this year.
The Oman qualifier attracted 54 avid golfers, all personally-invited guests of Turkish Airlines, and after overcoming stiff competition, Vishal Dhawan won the event with 42 points, ensuring his place in the Grand Final, which is scheduled take place in Antalya in October and November.
Nelly Maternia finished runner-up and Milind Nadkharni settled for the third place. Aysa Kazdal and Humayun Kabir won the nearest-the-pin prizes.
“We would like to offer our congratulations to everyone who made the Turkish Airlines World Golf Cup qualifier in Muscat such a special day,” Abdullah Omer Celik, General Manager for Turkish Airlines Muscat, said.
“It was a fantastic tournament day and well done to our winner, Vishal Dhawan. They still have so much to play for in Antalya but everyone else will be looking forward to coming back again next year.”
**media[635095]**
The annual Turkish Airlines World Golf Cup, the famous amateur golf tournament around the world, is presented by Turkish Airlines, Europe’s Best Airline for six consecutive years according to the recent Skytrax Passenger Survey.
According to a press statement issued by the oganisers, the global amateur golf competition, which sees thousands of golfers competing in qualifying events in 100 destinations worldwide, is one of the several international sports events backed by Turkish Airlines, the airline that flies to more countries than any other.
“The 8th of 100 qualifiers for the global event, which in the first year started with 12 events and 700 players, has grown every year since the tournaments inception. Now in the fifth year of staging the Turkish Airlines World Golf Cup, last year boasted 8,000 players competing globally,” the statement added.
All finalists will enjoy a seven-night stay at the five-star luxury Titanic Deluxe Belek Hotel in Antalya and will be flown there Business Class from their qualifying destination by Turkish Airlines.
The overall winners of the two-round Grand Final at the Titanic Golf Club progress to play in the 2017 Turkish Airlines Open pro-am.
The Financial Times, Enterprise Rent A Car, Allianz and Conte of Florence are offering their substantial support to the hugely-anticipated tournament. Turkish Airlines launched the World Golf Cup in 2013, featuring 12 qualifying events. After that initial success, there was a rapid expansion to include 100 events worldwide last year.